75 years of independence: the making of Pakistan 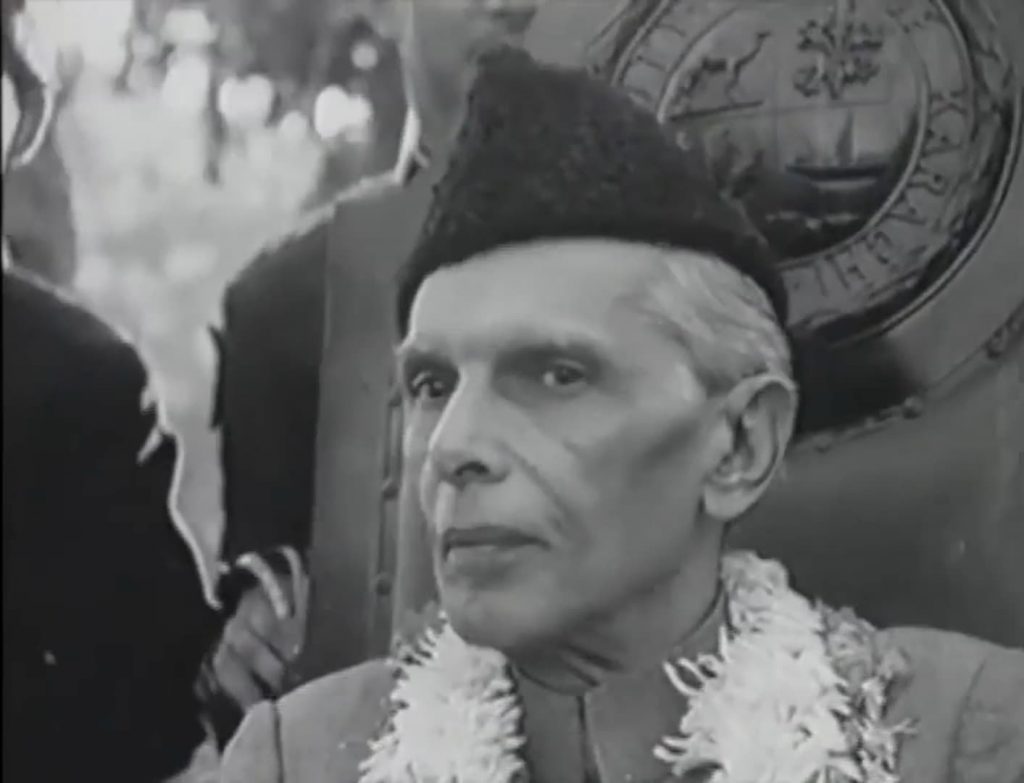 Pakistan celebrated 75 years of independence on 14th August. Mr. Jinnah The Making of Pakistan gives fascinating insights into the tumultuous and revolutionary road towards independence from British rule and the creation of the state of Pakistan in a feature-length documentary, with unique footage and interviews with those close to Muhammad Ali Jinnah. 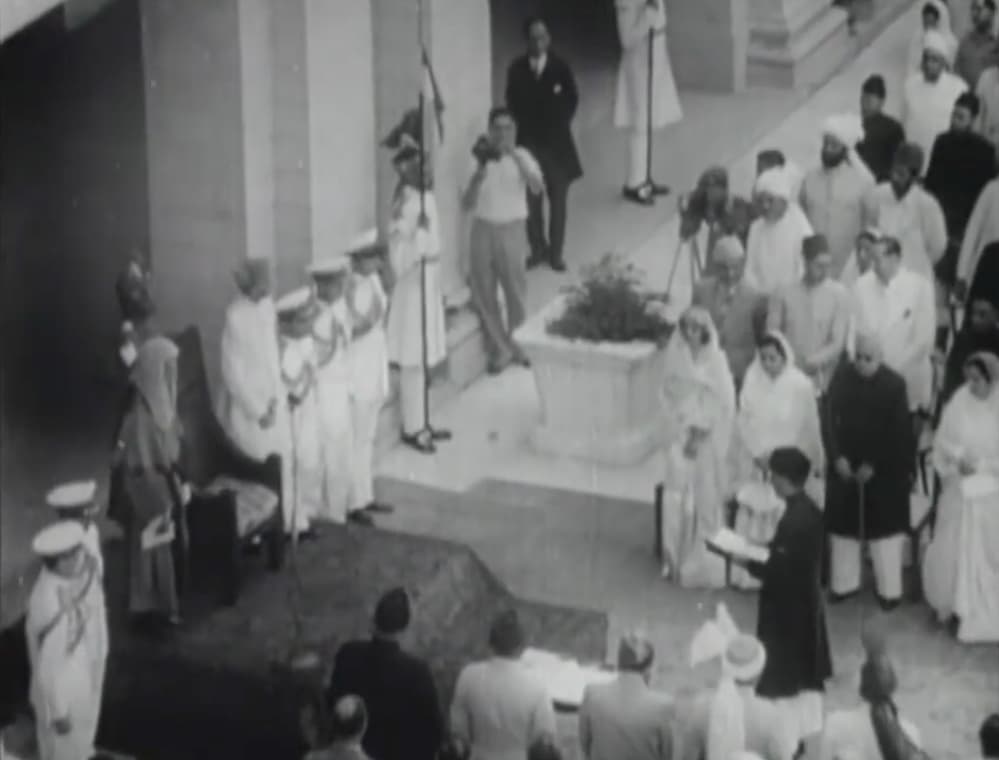 At the mausoleum of Quaid-i-Azam, the honorific used to refer to Muhammad Ali Jinnah, meaning “Great Leader”, a change of guard ceremony took place to celebrate the country’s diamond jubilee. At the flag-hoisting ceremony at the Jinnah Convention centre in Islamabad, Prime Minister Shehbaz Sharif encouraged the nation to work towards Pakistan’s transformation into an economic power by following Quaid-i-Azam’s principles of unity, faith and discipline. A Rs75 commemorative banknote to mark the occasion will be available from September 30th, and will have images of Quaid-i-Azam, Sir Syed Ahmed Khan, Allama Iqbal and Mohtarma Fatima Jinnah. 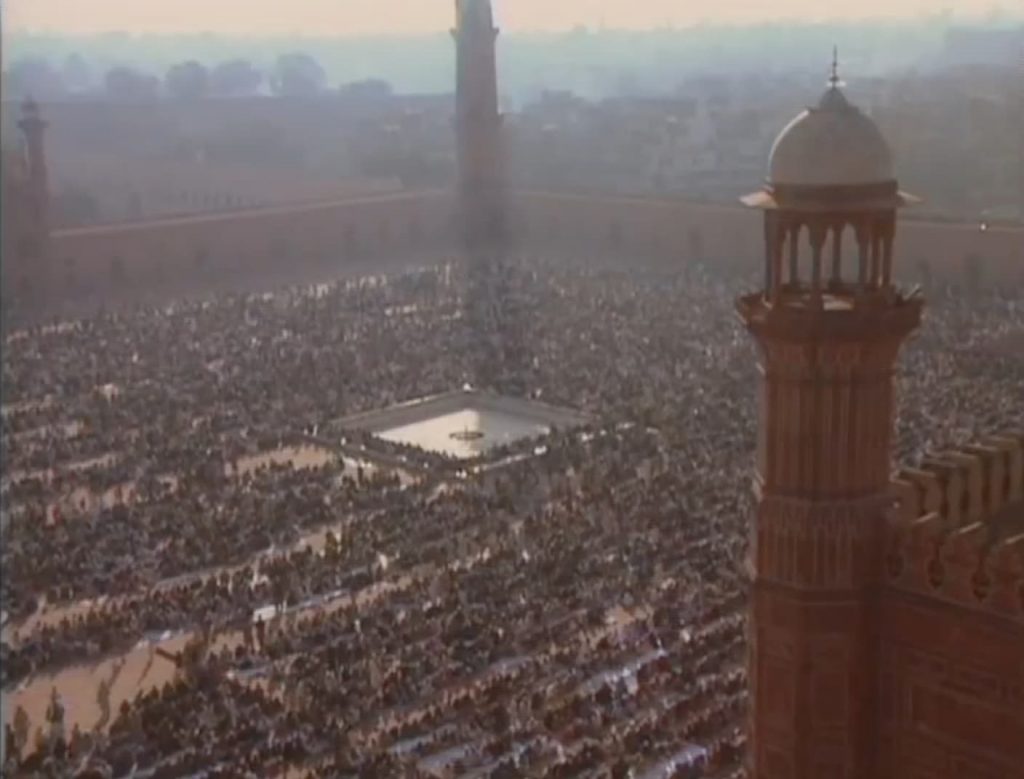 The spark of the idea for Pakistan appeared in the 19th century. Sir Syed Ahmed Khan was a pioneer of Muslim nationalism in India and profoundly influenced Allama Iqbal and Muhammad Ali Jinnah. He argued that the Hindu and Muslim communities formed two different nations and that their religious identities overrode all other distinctions of class, caste, language or region. His concern was that in the case of the introduction of western-style democracy Hindus would be in the majority, and that in such a scenario there must be something in place to safeguard the rights of Muslims. The poet, philosopher and politician Muhammad Iqbal took Sir Syed Khan’s ideas a stage further, calling for a self-governing state for Muslims, though still within a united India. 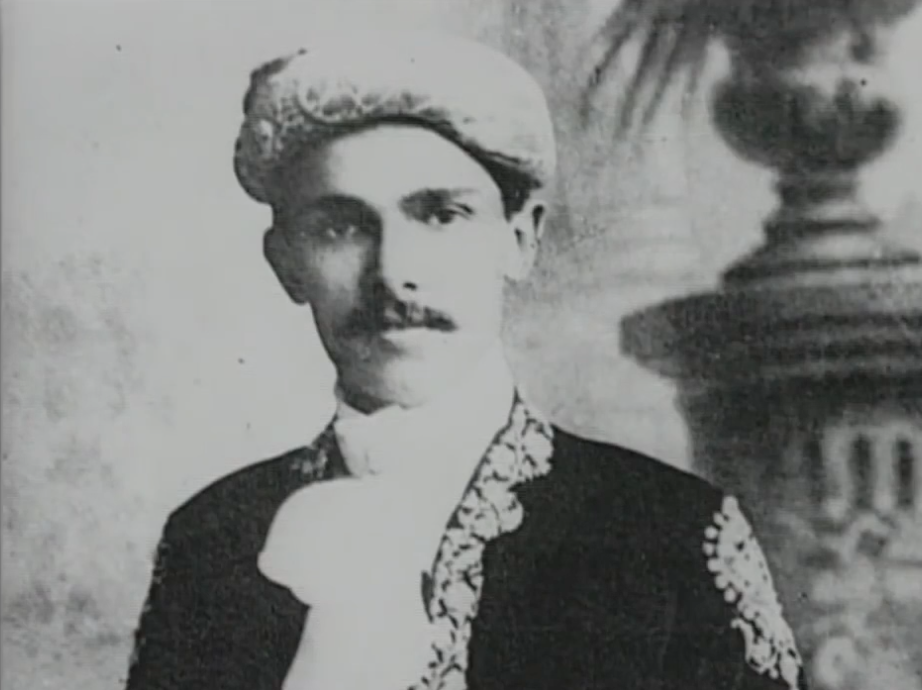 The documentary traces Muhammad Ali Jinnah’s childhood and youth, and his initial interest in an Independent India and Hindu-Muslim unity to achieve self-government. It also shows his initial hostility towards ideas of separate electorates for Muslims. He gained his first elective office in 1909 and became a member of the Muslim League in 1913. By 1916 he was its president and signed the Lucknow Pact with Congress, which set quotas for Hindu and Muslim representation in different provinces. At this point Jinnah was known as the ambassador for Hindu Muslim unity. Indeed his eventual conclusion that the creation of Pakistan was necessary was a reluctant one. In the early 1930s some students in London came up with the revolutionary idea of a separate state for Muslims and took the idea to Jinnah, living there at the time. The name Pakistan was suggested and was made up of the first letters and ending of Punjab, Afghania, Kashmir, Sindh and Baluchistan. At that time Jinnah was completely committed to Indian union and rejected the idea outright. 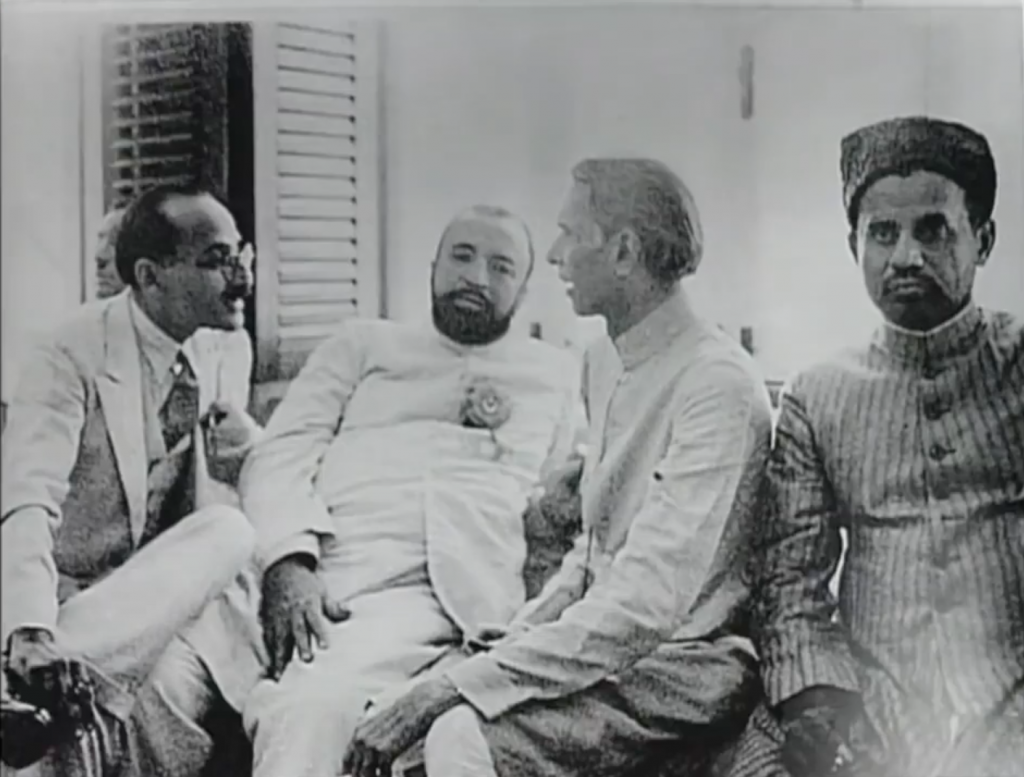 Jinnah was asked to return to India and revive the Muslim League. When he did return, he still wanted to work as an ally of Congress against the British. However after the 1937 elections, when the Muslim League got only 21% of the Muslim vote, Jinnah was left in a position without any clout in Congress. He felt the Hindus being the majority would mean Muslims would always be totally dominated by them. Under Congress’ rule many Muslims complained of discrimination and a rise in communal violence. Jinnah’s approach then changed to a more populist religious one which led to the Muslim league turning into a mass movement of Indian Muslims. Following Gandhi’s lead, although initially he had disliked his approach, Jinnah discarded his western suit and started appearing in traditional Muslim dress. He advocated the two nation theory, and at the 1938 Muslim League conference he accused Congress of being only a Hindu body. Rafiq Zakaria of the Indian National Congress described him at this time. “He gave the impression that here is the saviour of Muslims from Hindu domination, because of his brilliance, because of his cleverness, because of his incorruptible style of functioning. He was highly respected. There’s no denying that.” 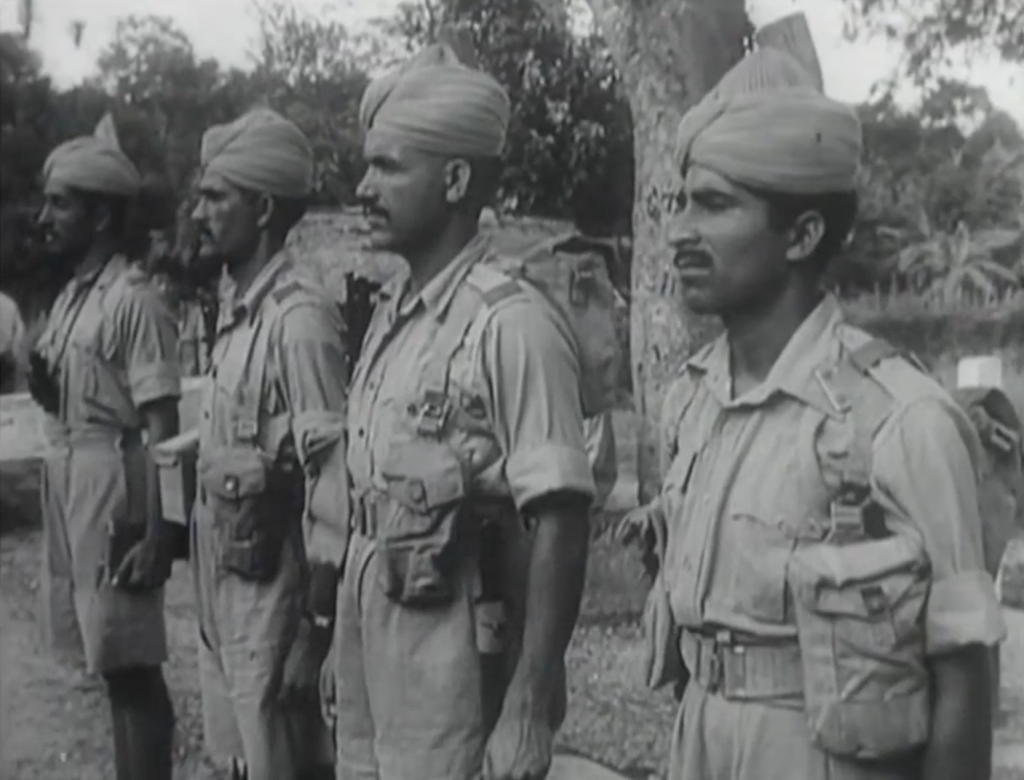 When the Second World War broke out in Europe, London declared that India was also at war. Congress was not convinced and Nehru and Gandhi spent much of the war in prison. The British turned to the Muslim League for support and asked Jinnah what he wanted in return. In exchange for Jinnah’s cooperation he was told that any province could opt out of a future independent India, but he rejected this offer on the grounds that Pakistan was not explicitly named. At this point it was still unclear whether he wanted Pakistan to stay within India or be a separate state. In September 1944 there were lengthy negotiations between Jinnah and Gandhi who had recently been released from detention. 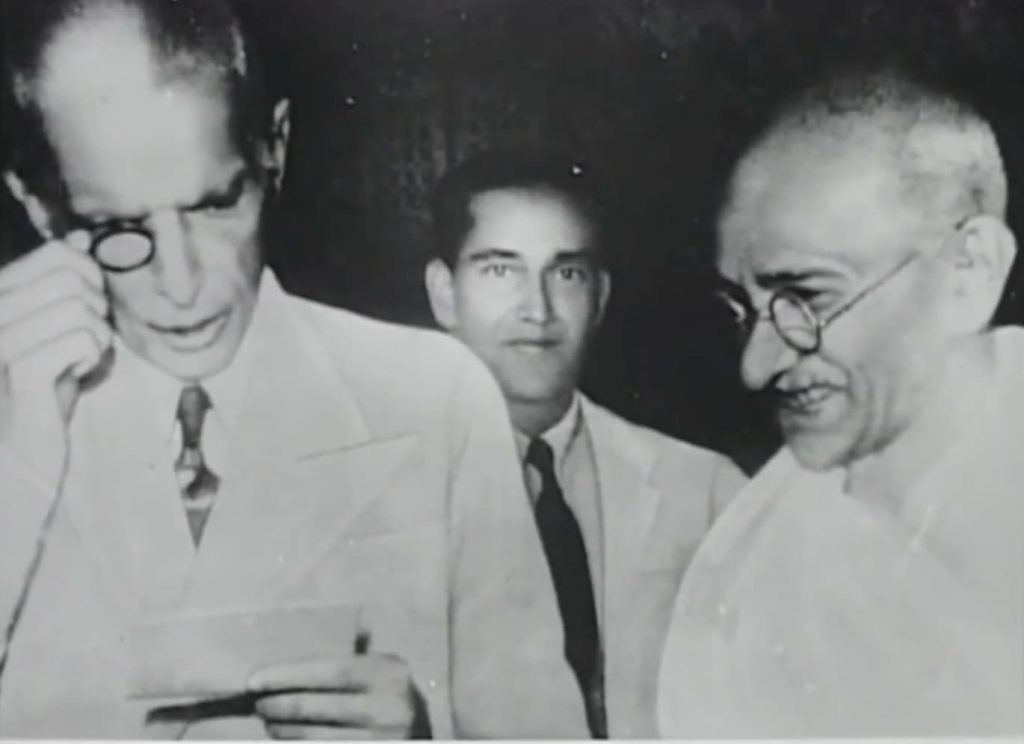 On the 16th May 1946 the British proposed a system of government which would reassure Muslims, grouping the Muslim provinces into units with large measure of autonomy, but still remaining inside a united India. It was the last chance for avoiding partition. Jinnah agreed to this despite the fact that Pakistan would not be an independent state, but Nehru rejected the proposal. Due to Nehru’s refusal Jinnah felt forced to demand a sovereign state of Pakistan. He proclaimed a “Direct Action Day” in August 1946 with the goal of peacefully highlighting the need for a Muslim homeland. The protest tragically turned into mob violence in Calcutta, killing thousands of people and leading to a cycle of violence and the horrors and atrocities of partition. Millions of people were also uprooted, fearing for their lives, making independence and the creation of Pakistan a time of mixed hope, trauma and grief. 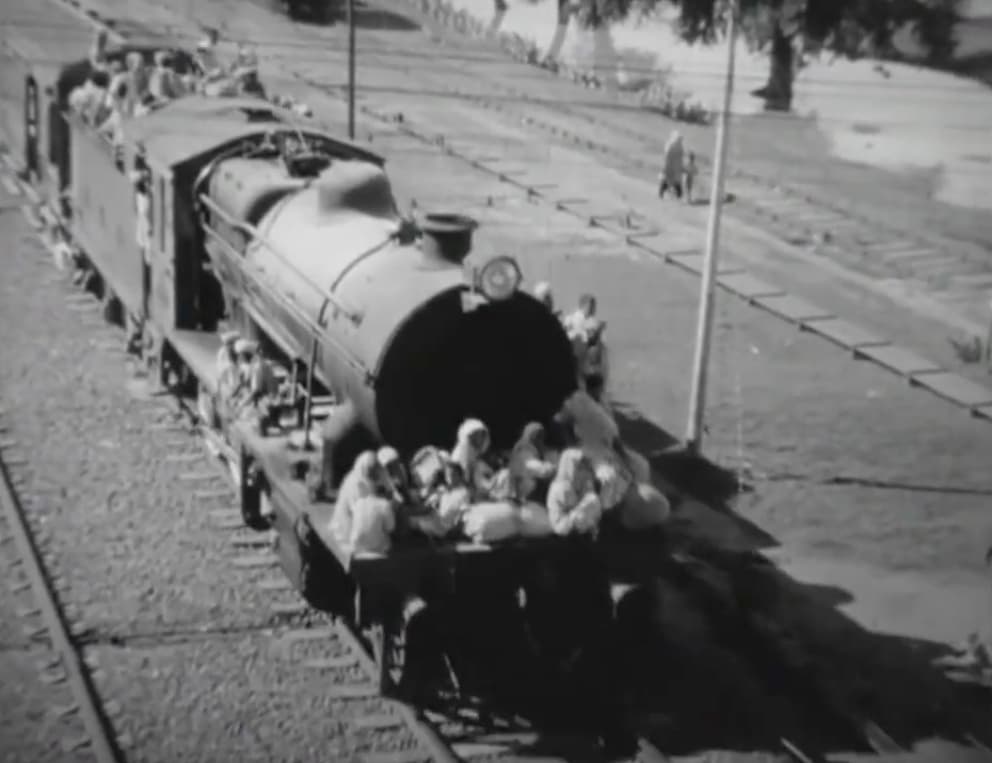 In February 1947 it was announced that the British would leave India by June the following year. With the end of British rule in sight inter-community violence intensified. Alan Campbell-Johnson who was Mountbatten’s Press Attaché in 1947 says, “There was a danger of a complete collapse of central authority.” The British and Congress grudgingly agreed that India would have to be divided, and on 14th August 1947 the new state of Pakistan was born, serving as a beacon of hope in a time of great upheaval, with Muhammad Ali Jinnah sworn in as its first Governor-General in Karachi. India gained independence the following day on 15th August 1947. 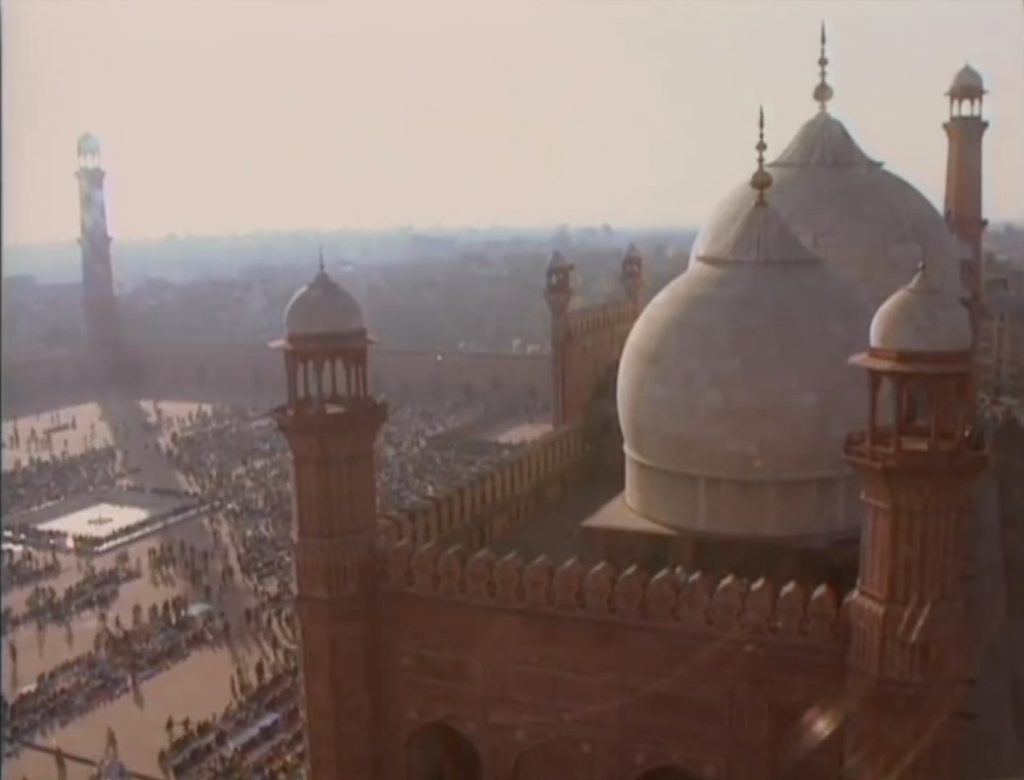 For more on the creation of Pakistan watch Iqbal – A Message from the East, The White of the Pakistani Flag and The Citizens Archive of Pakistan.

For more on Pakistan browse our inspiring Pakistan Zindabad collection with feature films and documentaries about inspiring figures, arts and crafts, architecture and music.