A Road to Mecca – The Journey of Muhammad Asad

Leopold Weiss is one of the most important Muslim figures of the twentieth century, described as a mediator between Islam and the West. He converted in 1926 from Judaism and changed his name to Muhammad Asad. The confidant of King Abdulaziz of Saudi Arabia, and friend of Muhammad Iqbal, he was a cofounder of Pakistan and produced one of the leading translations and commentaries of the Quran. The documentary A Road to Mecca tells the extraordinary story of his life.

Muhammad Asad was from a Jewish background and his grandfather came from a long line of rabbis. Born in 1900 in the Austro-Hungarian Empire in what is now Lviv, Ukraine, his family moved to Vienna when he was a teenager. Despite having a religious education and studying Jewish religious texts, he said he had “no religious inclination” as a young man. However in 1926, after spending time in Jerusalem with his uncle and travelling across the Arab world as a journalist, he converted to Islam. He spent time with the Bedouin and made the Hajj pilgrimage on a camel, recounting his experiences in his bestselling autobiography The Road to Mecca. Describing his time in the desert he said, “living in the desert and travelling through the desert brings one closer to God. It was the feeling of absolute loneliness facing God.” 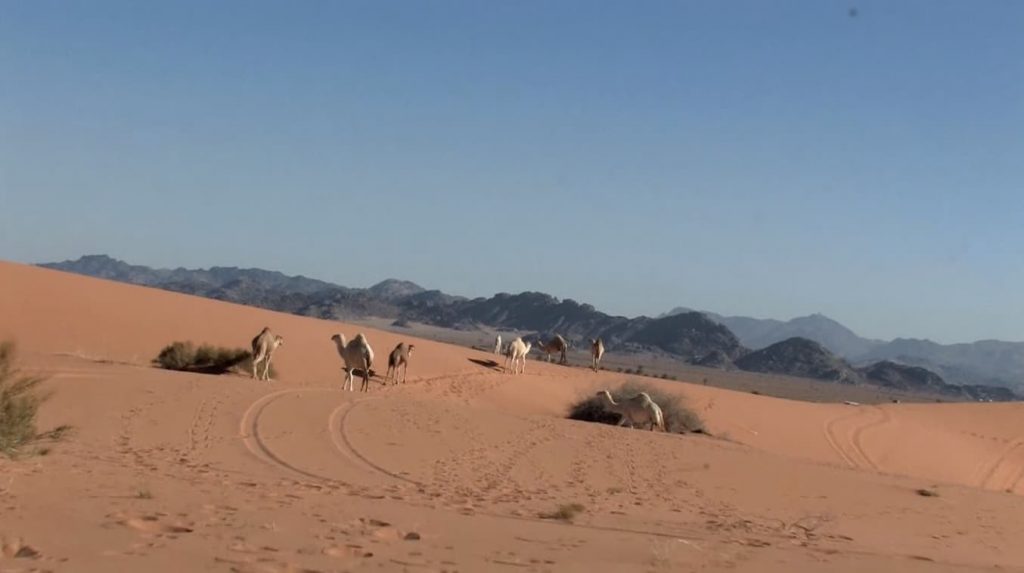 The documentary A Road to Mecca – The Journey of Muhammad Asad by Austrian filmmaker Georg Misch follows closely in Asad’s footsteps, visiting the places he lived in and interviewing his family members and friends, weaving into this a tapestry of excerpts from his writings, photographs, and recordings of his talks which effectively highlight his wide-ranging influence and the extraordinary and unusual aspects of his biography. 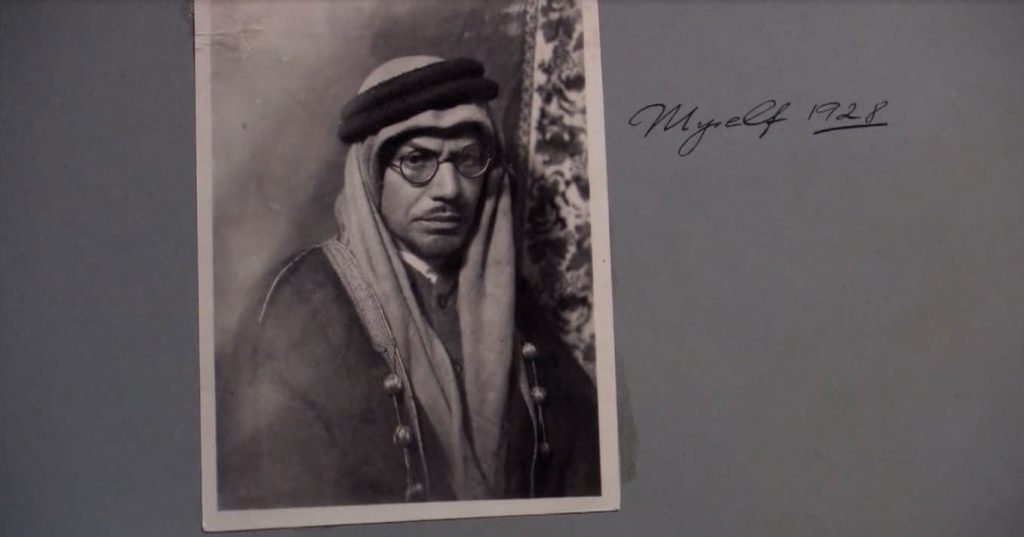 The documentary begins in Lviv, Ukraine, where Asad was born, and then moves from Austria to Jerusalem, where he was active in opposing Zionism, and to Saudi, where he became close to King Abdulaziz, even undertaking a dangerous undercover operation for him to discover the sources of his enemies’ support. Asad spent time in the desert too, and the documentary interviews a Bedouin from Najd in Saudi Arabia who tells us, “Muhammad Asad was practically one of us. When he stayed with us Bedouins, he was one of us. When he went to the city he was one of them… I heard that when he talked you’d think he was from this area. He did not seem like a foreigner.” 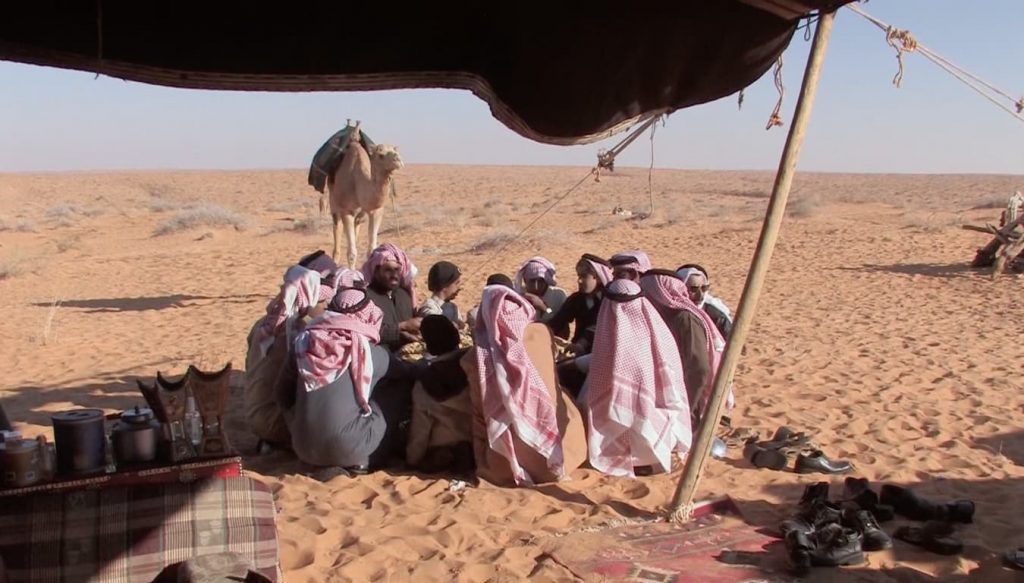 Next the documentary moves to Lahore in Pakistan, where Asad was to become a diplomat and was involved in the formation of the new nation state in the forties. Moving to British India after his time in Saudi, Asad met the influential poet and thinker Muhammad Iqbal, who convinced him of his ideas about a separate Muslim state – ideas which were to lead to the creation of Pakistan. 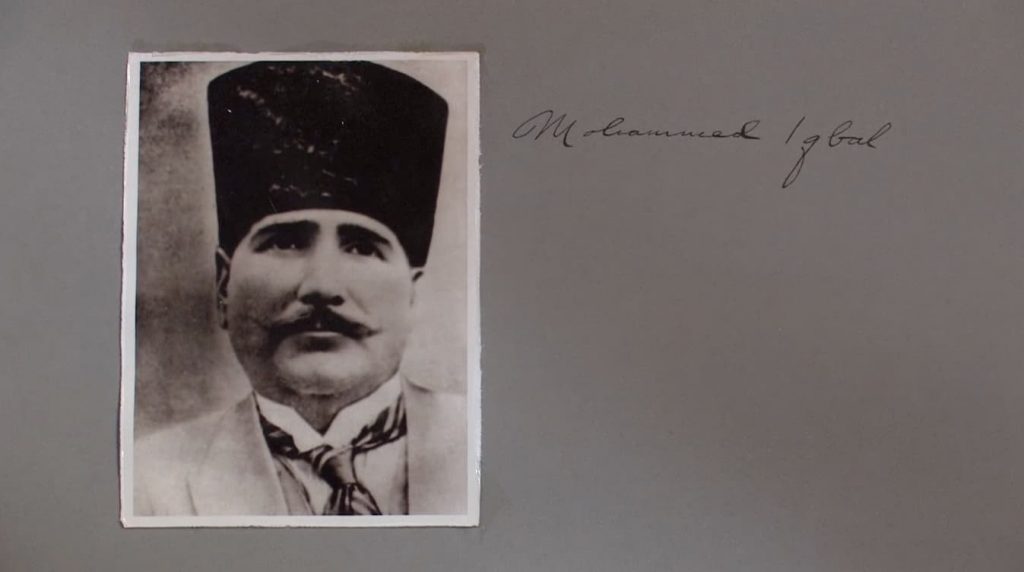 During WWII Asad’s Jewish family members in Europe were murdered by the Nazis, and he was arrested and imprisoned by the British. He was released at the end of the war, and was given Pakistani citizenship for his support after the independence of Pakistan on 14th August 1947. Involved in the drafting of Pakistan’s first Constitution, and diplomatic efforts to strengthen Pakistan’s standing among Middle Eastern nations, he became Pakistan’s envoy to the United Nations in 1952. 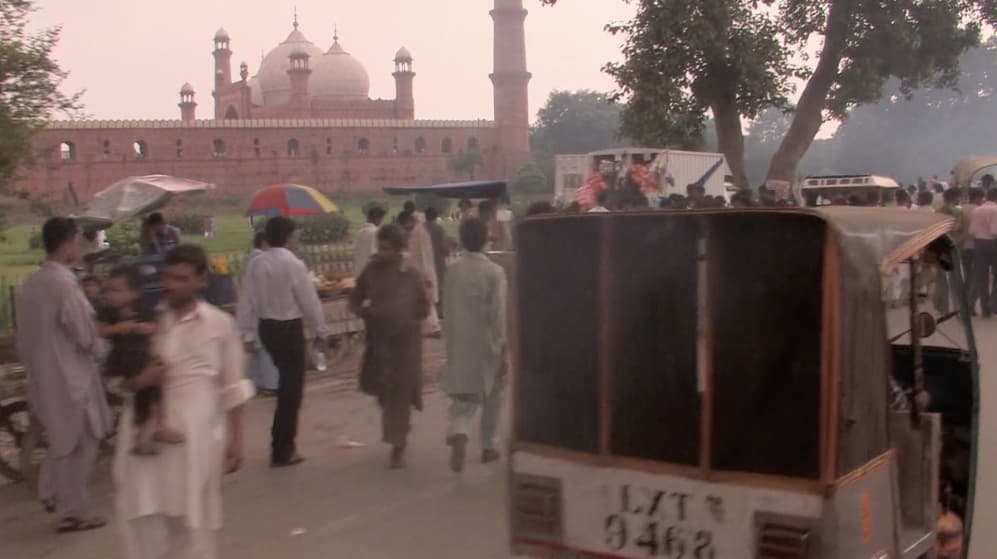 The documentary introduces us to the Asadian society in Lahore, a group who are interested in Asad’s legacy, including his life, writings and books on Islam and Pakistan. We watch as a banner is prepared and painted celebrating his contribution to the foundation of Pakistan, which is to be put up for the 14th August independence celebrations. In recognition of his diplomatic work and bridge building between religions, the square next to the UN Office in Vienna was named Muhammad Asad Square in 2008. 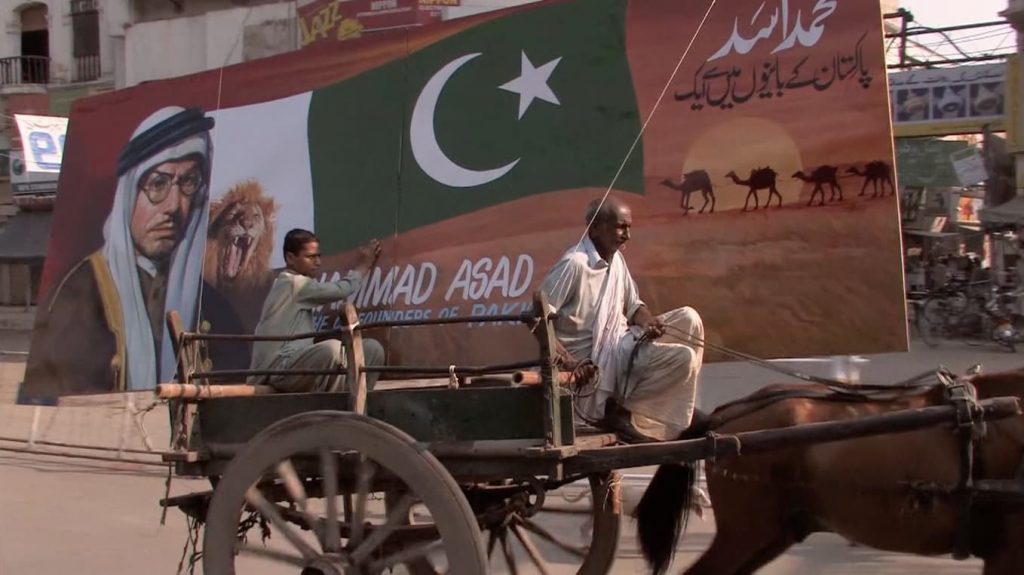 After his time as a Pakistani diplomat, Asad wrote his bestselling autobiography The Road to Mecca. He later moved to Morocco, where he worked on a new English translation and commentary of the Quran, which took him seventeen years to complete and is considered one of the most influential translations of the modern age, although it caused some controversy when it was published. He dedicated it to ‘people who think’. 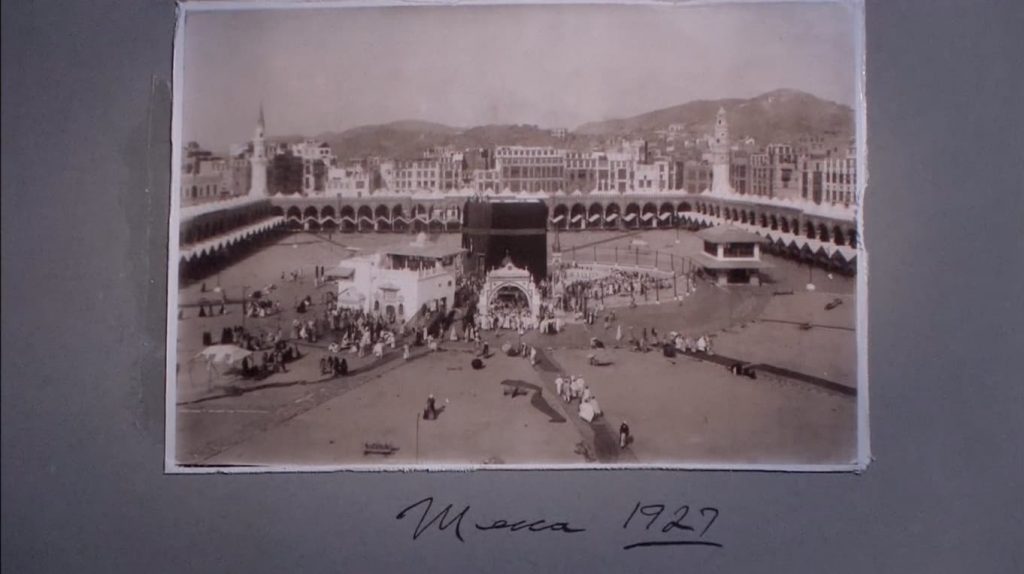 Explaining his thoughts about the interpretation of the Quran, Asad said, “Every age requires a new approach to the Quran for the simple reason that the Quran is made for all ages. It is our duty to try to find deeper and deeper meanings in the Quran through the use of our increasing knowledge and experience. The Quran wants your intellect to be always active in trying to approach the message of God.”