An Act of Worship: 30 Years of Muslim-American History 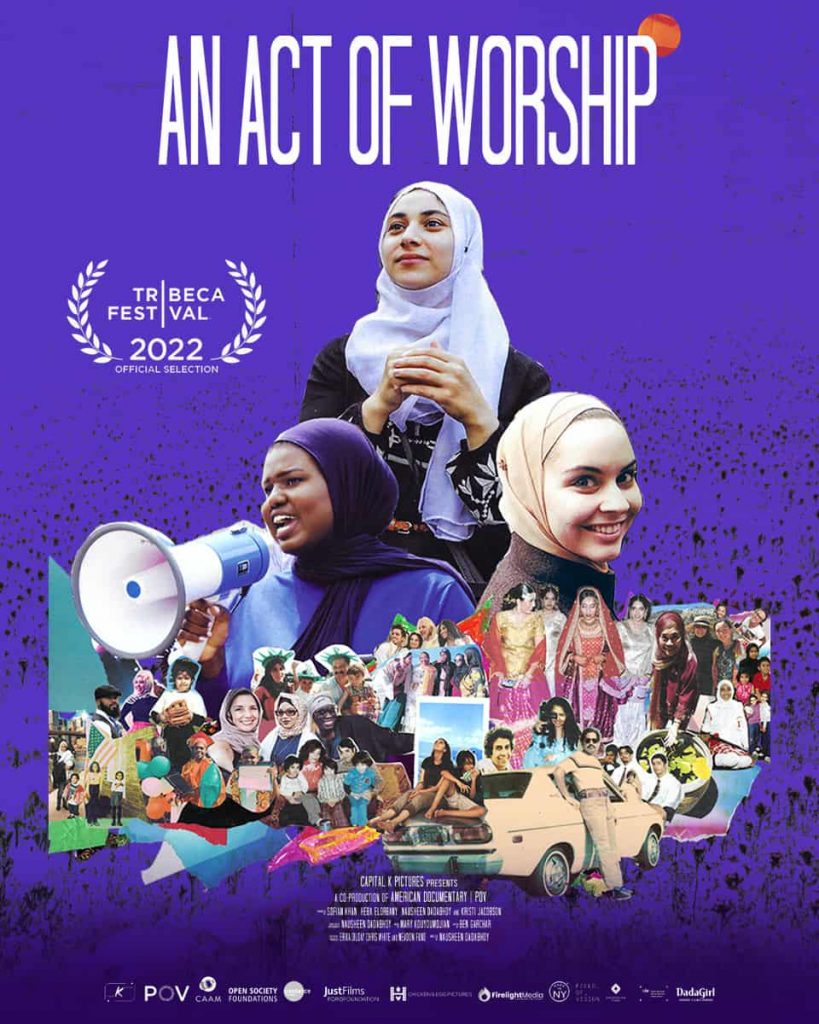 An Act of Worship is a ground-breaking documentary recounting thirty years of Muslim-American history through the collective memory of a community. Its broadcast premiere is 17th October 2022 on PBS’s POV, from where it will be available to stream free in the US until November 16th. 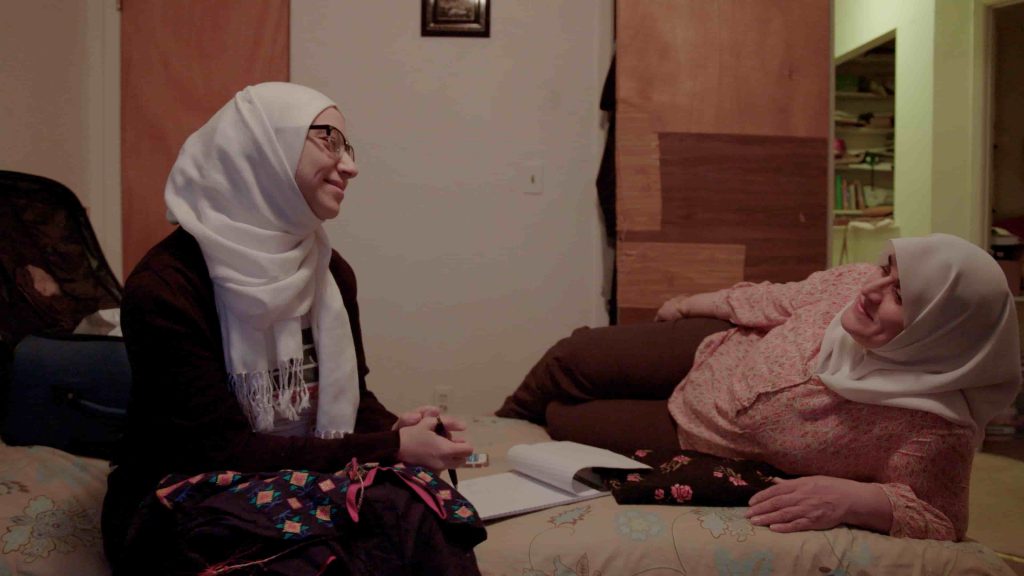 An Act of Worship begins with a powerful and therapeutic opening, with a wall of post-it notes, each one acknowledging the pain caused by experiences of racism and Islamophobia in the personal lives of participants in a workshop, such as “classmates called me rag-head when I started wearing hijab” and “after I started wearing hijab I was beat up by a kid at school. The teacher didn’t do anything.” 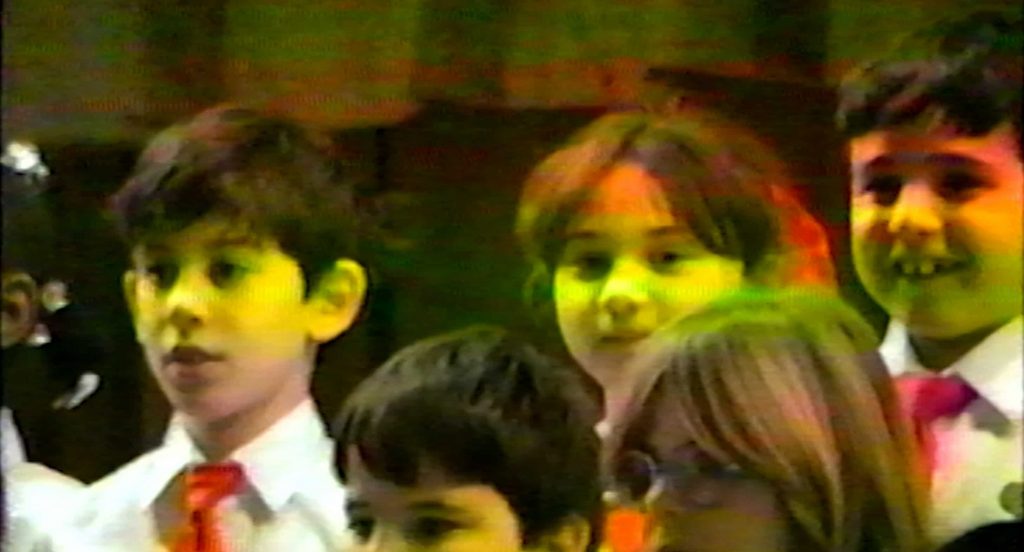 The documentary introduces viewers to a diverse range of Muslim Americans as they recount the past 30 years of pivotal moments in US history and policy from their own perspectives. The film weaves together observational footage of activists who came of age after 9/11, community-sourced home videos, and evocative recollections from individuals impacted by incidents of Islamophobia. The filmmaking team’s first-hand knowledge and intimate access to the Muslim community allows the participants to present honest accounts of their experiences, told in their own words. 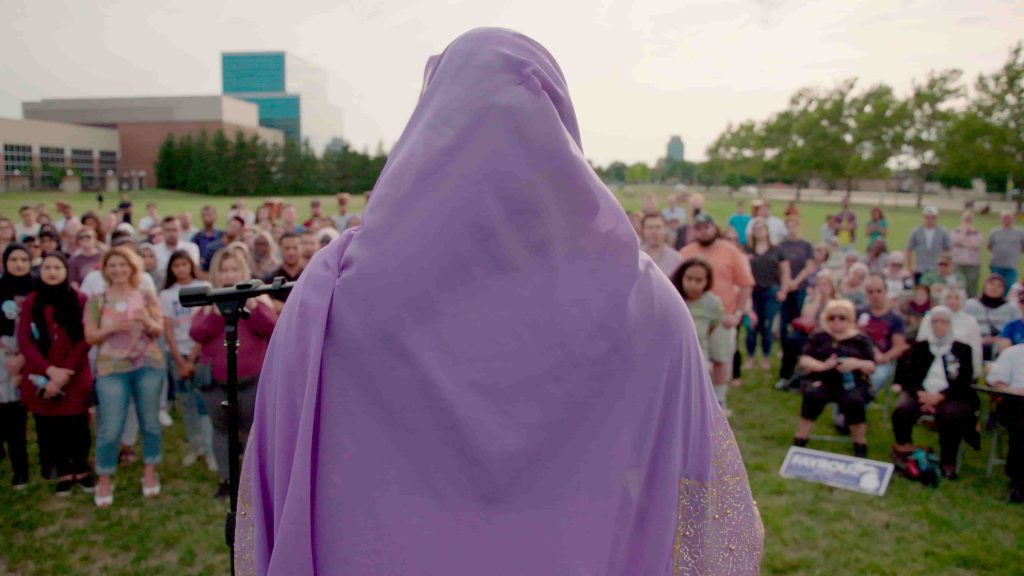 Workshops and activities are planned to extend the idea of the film, to allow Muslim viewers to create personal counter-narratives and begin healing from the negative impacts of Islamophobic culture, policy and rhetoric. These include storytelling workshops to help viewers see their story through a lens of joy and resilience rather than trauma. Healing circles after film screenings will help viewers heal from their own incidents of Islamophobia. Workshops focused on building a community archive will allow community members to understand each other’s experiences, and empower them to be the creators of their own stories. Find more details about screenings and workshops here.

What led you to make this documentary?

The practical answer to this question is that Sofian Khan, who is one of the producers on the film, and I watched the 2016 election together, and it was pretty soon after that I decided to develop this film and I asked him to produce it. Part of why I wanted to make the film is because my sister had been an attorney at the Council on American Islamic Relations’ Los Angeles chapter, and seeing her work up close, I felt that community organisers and activists would be really busy under the Trump administration, so this is an important moment to document.

But this also started for me when I was in third grade and my sister and I were bullied for wearing our traditional Pakistani clothes and scarves to school. My sister, Fatima, is in the film and she recounts that story. All these negative depictions of Muslims in the media lead to people like my classmates bullying me. I was in college when 9/11 happened, and could see that Muslim representation was necessary, we needed to tell our story, we needed to tell the truth of our lived experience, and I became a filmmaker. I think that AN ACT OF WORSHIP is a culmination of many years of working towards the goal of telling my community’s story.

An Act of Worship is powerfully framed by a wall of post-it notes with people’s personal experiences of racism and Islamophobia, together with post-it notes of important dates and events. What is the significance behind this, and what are the reasons for this artistic choice?

We started the film after the election in 2016, and the Muslim Ban was announced really early in the development process. It felt like our community was under attack, but as a predominantly Muslim-American filmmaking team, especially those of us who remember the time right after 9/11, I knew that it was important to have a timeline connecting the dots, having lived half our lives in a pre-9/11 America, we knew that Islamophobic rhetoric and policy was not new in this country. We also knew that it wasn’t new after 9/11, so it felt important to give the scope of how this rhetoric and policy is built into the bedrock of American culture.

Creating this big picture with the timeline was important, but we knew we didn’t want to use news footage to convey these moments in history, because that same news footage has been weaponized against us. We also knew that the timeline couldn’t be this abstract academic thing, because the rhetoric and policy are very real, it impacts us on a daily basis in very personal ways. We had filmed the scene with Aber teaching the workshop where she created the post-it timeline, and that felt like the perfect motif to help us guide the audience as the film moves forward in time, but to also connect each moment to real people that are being impacted by these events.

The documentary will be followed by storytelling workshops, healing circles after film screenings and workshops on building a community archive – can you give some more details about these planned activities and the vision behind them?

Part of being able to arrive at joy, though, means acknowledging trauma. When we were in production, we realised that there is unacknowledged trauma in our communities. People we spoke to didn’t feel that incidents of Islamophobia that they encountered were very harmful, or incomparable to what other people were experiencing, so they pushed them away or never processed them. We hope that the film and post-screening discussions led by mental health professionals will help our audience better understand the trauma they may be carrying around.

We also have a storytelling workshop that takes the idea of the counter-narrative that the film presents and aims to help audiences create personal counter-narratives. Our community archive workshops are to help our communities understand how a story is put together, and the value in their stories, so that they can take some of the tools we share and preserve their family or community’s history. We just had our first archival workshop in Brooklyn, and one of the best results is also the connection that community members make when they interview one another and hear each other’s stories.

When we started the film we looked for archives in the US that had photographs and home videos of Muslim Americans, but found very few, or the ones we found were not dedicated to the Muslim American experience. We now have a collection of home videos, audio interviews and photographs that we collected for the film, and we are continuing to collect those during the impact campaign. If people decide to opt in then we hope to use that collection to create a living digital archive, so that future community members and filmmakers will have access to it. Next year the plan is to find a partner, museum or library to help us house and organise the material we are collecting, because none of us are archivists, but we are learning.

The documentary ends with an Ibn Arabi quote: “These stories I have recounted to you will remind you of what is within you”. What are your hopes for the impact and future of the project?

We have a robust community engagement campaign, so we can have direct interactions with our audience. As I mentioned, the impact campaign goals are about beginning to heal our community and for us to stop seeing ourselves solely through the lens of the War on Terror. The film is the truth of our lived experience and the quote points to the fact that film is a reminder to our communities about all the beauty that our lives have had these last 30 years. 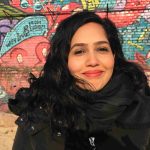 Nausheen Dadabhoy (DIRECTOR/PRODUCER), is a Pakistani-American director and cinematographer whose work spans fiction and documentary. As a cinematographer she has lensed an Oscar nominated live action short film and an Emmy winning feature documentary. Her films have screened at festivals worldwide including Sundance, TIFF, Tribeca, Locarno and have appeared on Netflix, Amazon, HBO and PBS.