Bilal: A New Breed of Hero – a ground-breaking animated film

Set in sixth century Arabia and based on the life of Bilal ibn Rabah, the companion of the Prophet Muhammad ﷺ, Bilal: A New Breed of Hero is a superb, visually stunning animated feature film that shows the courageous struggle of a slave who is freed by his faith.

Inspired by the real-life figure of Bilal ibn Rabah (ra), Bilal: A New Breed of Hero follows the story of his life as a slave under the ruthless merchant Umayya. Tortured by his master, who places a heavy boulder on his chest for refusing to renounce his faith, Abu Bakr (ra) pays for him to be released and freed, and he goes on to become a close companion of the Prophet ﷺ, and the first muezzin, calling the faithful to prayer.

Produced by Barajoun Entertainment studio in Dubai, which was formed specifically to make the film, Bilal: A New Breed of Hero is the first animated feature film of its kind coming out of the MENA region. The idea for the film came to producer Ayman Jamal after seeing his small son dressing up in costumes to imitate characters he admired. He noticed the absence of real-life heroes in the movie industry and set out to change this with an inspirational story about a hero from the heart of the Islamic tradition. Fittingly the movie begins with Bilal dressed in a cape and a mask role-playing heroics on a make-shift wooden horse. This daydreaming quickly turns into a nightmare though, as his village is ransacked, and he and his sister are captured as slaves.

Focusing on the story of an important figure in Islamic history, Bilal: A New Breed of Hero covers a setting and time period rarely explored in film, centring the issues of slavery and racism that have historically been depressingly widespread, both geographically and culturally, and which are, despite great strides being made, still unfortunately relevant today. The animation begins by highlighting the fact that the story of Bilal is one of the oldest accounts of humanity’s struggle for equality and freedom. The story of Bilal’s enslavement and rebellion, of his hope and courage, is told in an intense and moving way, and you may find yourself shedding a few tears more than once while watching the film, to begin with in the first five minutes of it! Dealing with themes of slavery, torture and revenge as it does, this film may not be appropriate for younger viewers and has been given a PG 13 rating. 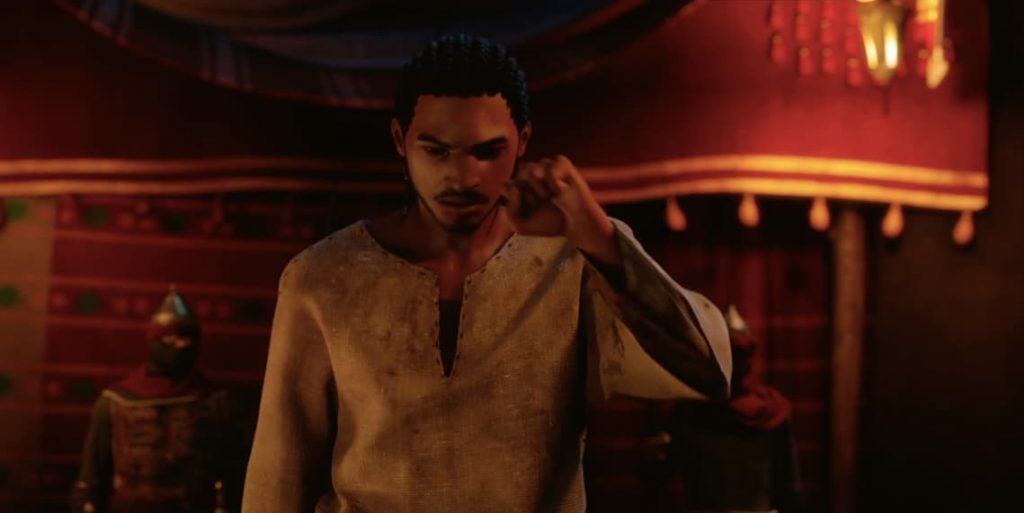 Four years in the making, the movie was first meticulously researched, with a team working for almost two years looking into historical sources to provide information to inform the portrayal of characters, their tribal context, their behaviour, attitudes and appearance. Atil Örvarsson, the Icelandic composer, who did the music for the film said he tried to reflect the archaeological, historical nature of the story while making it accessible for an international audience, using old instruments from the region and combining this with modern electronically synthesised music.

The voice talent is well chosen and the animation is exquisitely executed, arguably on a level with Pixar animations. Artistic, sweeping, cinematic scenes and close up details and textures work together to create a convincing portrayal of the sights and sounds of sixth and seventh century Mecca and Medina. Dream sequences in the film are especially powerful, with one showing Bilal dissolving into sand and battling a colossal demonic figure in the desert, symbolically representing the immensity of his fight against what he endures while being tortured.

While incorporating characters and events from the seerah, and giving a better understanding of the context into which Islam came, the story skirts around overtly religious expression, presumably in an attempt to make the film more accessible to a wider audience. However, this seems a somewhat strange choice, given that it is concerned with a close companion of the Prophet ﷺ, and that his story is intimately linked with the beginnings of Islam. The movie ends with Bilal climbing onto the Kabah to call the adhan, but cuts to black before he starts the call to prayer, with just a small part of a recorded adhan played before the credits roll. Celebrated as the first muezzin of Islam, if he had been shown standing on the Kabah calling the adhan, this could have been an especially powerful and meaningful moment to end the film with.

Bilal a New Breed of Hero shows oppression and greed being overcome by faith and determination. The character of Bilal is full of emotional depth, being humble yet persevering and speaking out against injustice. His loyalty and devotion to his mother and sister, and his courage and resolute refusal to bow to pressure to renounce his faith make him a true hero and role model. As the first animated feature of its kind it can be hoped that Bilal: A New Breed of Hero is a trailblazer for more similar productions exploring characters and topics that are central to the Islamic world.