Children’s Programmes for Kids to Watch this Ramadan

Whether you need to finish your juz of Quran, lay down some extra rakahs, prepare the meal for fast-breaking or, ahem, have a Ramadan catnap to get you to the end of the day, it’s great to have some educational and entertaining shows for your kids to watch during Ramadan. Isra Morley rounds up some top picks from Alchemiya’s children’s programmes, giving you a great selection to choose from for your little ones to watch – while you fit in some extra ibada or get ready for your next round of Iftar guests.

Complete with stunning origami animation and beautiful Quranic recitation, the series Light Upon Light provides children and their families with a fresh way to engage with the Quran. This series features exquisite recitations of surahs and stories from the Quran, which when blended with a unique animation style offers audiences a new way to revel in the beauty of scripture and gain a closer connection to it. Whether focusing on a well-known tale such as Prophet Nuh and his ark or teaching the correct pronunciation for lone Arabic letters, this series is both visually and spiritually fulfilling. The simple yet stunning animation style illustrates and adds colour to these familiar Quranic stories, making it easy to follow even for younger viewers, and a pleasure to watch for all ages. 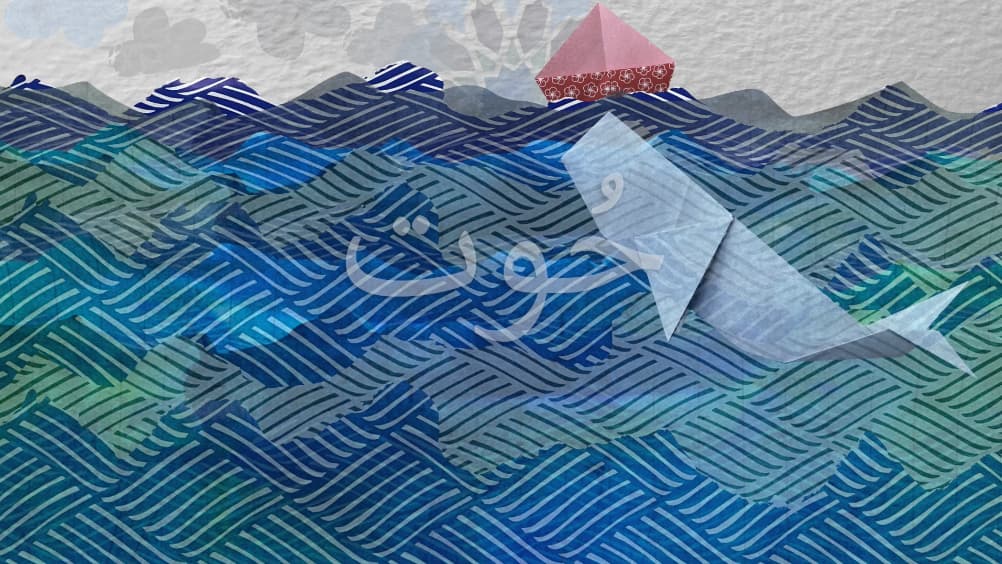 Zaynab’s Enchanted Scarf is a bright and colourful series which follows a young American girl on her adventures through time. On her birthday Zaynab’s grandmother gifts her a beautiful headscarf which, when she puts it on, transports her back in time to various points in African history. On her travels she meets many well-known historical figures, as well as new original characters that teach her valuable lessons about her heritage and Islam. This in turn helps to guide her in real life as well, allowing her to reconnect with her culture and religion through a celebration of black history and the Muslim faces that defined it. 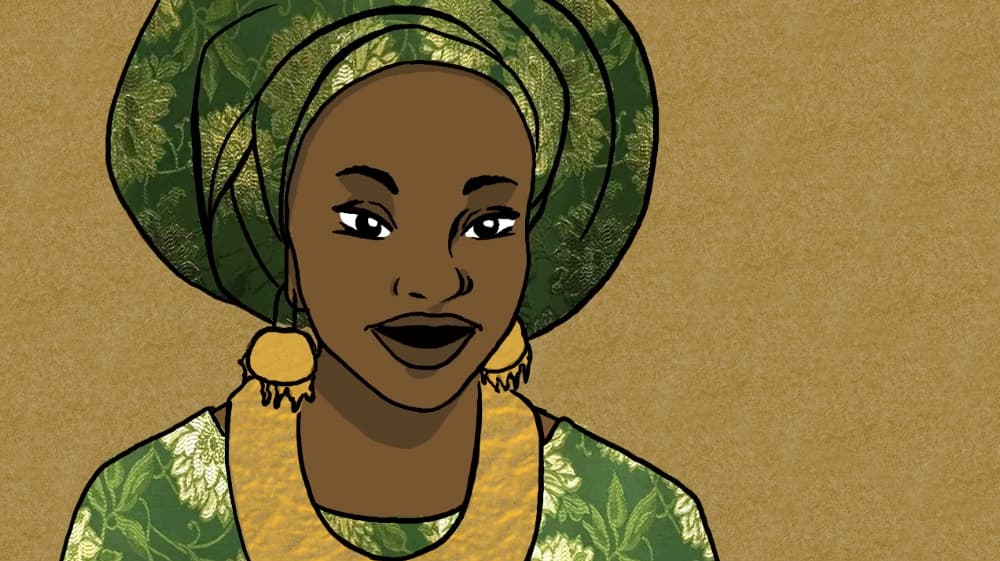 Aya and Yusuf follows two siblings through their lives in the verdant countryside as they learn about the values of Islam. Under the guidance of their parents, and through their lives on the farm, they are taught moral lessons, each one taken from a Quranic verse, which they learn to apply to their daily lives as young Muslims. The value of caring for others and the world around them and finding active ways to approach religious ethics are at the centre of this narrative, culminating in a child-friendly and uncomplicated perspective on Islamic beliefs. Through its charming visuals, colourful characters and practical approach to Islamic morals it is certainly as educational as it is entertaining. 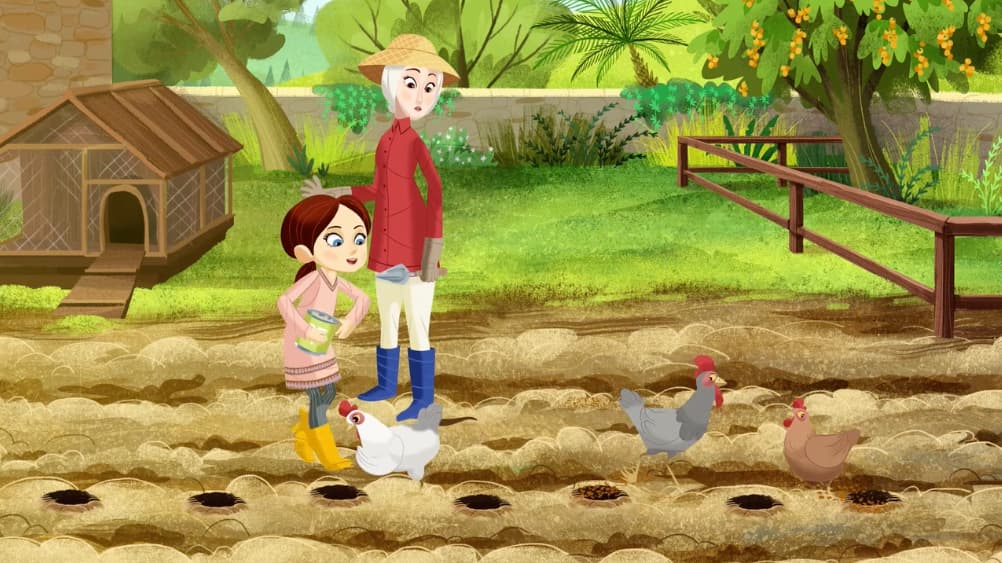 4. Men Around the Prophet

The series Men Around the Prophet is a celebration of the lives and stories of the men that influenced the course of Islamic history in their aid of Prophet Muhammad ﷺ and his message. Each episode focuses on one of the companions of the Prophet and their lives during his time, narrated and animated in an epic fashion. By focusing on the personal narratives of those closest to him, it helps to paint a fuller picture of the famed narrative of Prophet Muhammad ﷺ, providing viewers with a deeper and fuller understanding of his illustrious life as well as the nature of Islam’s birth. These incredible personal tales underline the actions of many righteous people who were essential for the survival of Islam in its infancy, and celebrate their stories in a manner befitting them.

5. Stories of the Prophet’s Era

Stories of the Prophet’s Era brings together the teaching and morals of Hadith and the Quran in a series in which each episode is concerned with a different moral anecdote. They are narrated by a lowly shepherd, who imparts spiritual wisdom through focusing on the tenets, behaviours and standards of Islam and explaining their significance and meaning in an accessible manner. Through focusing on different aspects of piety through Islamic parables, it serves to untangle these often challenging narratives for young audiences and help them gain a deeper understanding of Islamic ethics. 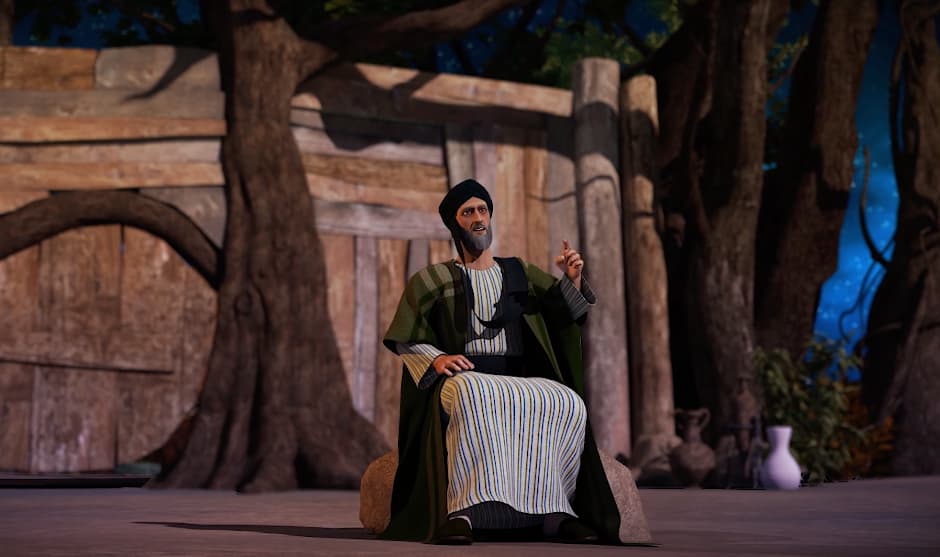 6. Tale of the Sands

Tale of the Sands is a traditional story that originates from Tunisia and engages with themes of identity and fate. Eleanor Martin performs the short narrative in a celebration of its ancient artistic heritage, with basic props and music employed in a bid to return to traditional oral storytelling and to allow the pure and uncomplicated narrative to resonate more clearly with audiences. The allegorical tale, although short, is full of enchanting imagery and moral parables. Exhibiting an important part of Islamic cultural heritage it combines key aspects of traditional storytelling with Islamic philosophy to create a striking performance assured to move hearts. 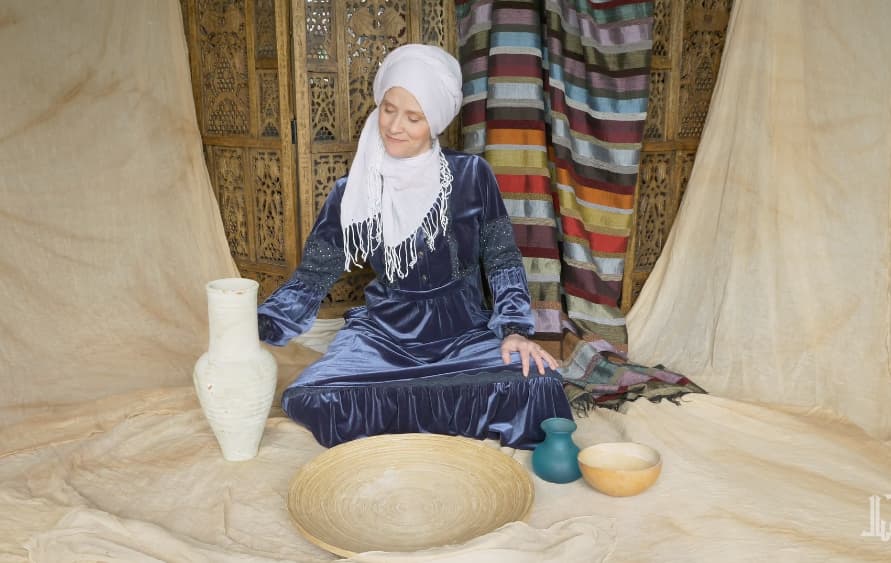 Eleanor Martin from the Khayaal Theatre Company telling the Tale of Sands.