October is Black History Month in the UK, which makes it the perfect time to watch documentaries about the Black Muslim experience. With the recognition that racism is often woven into the social fabric, from institutional racism to racist movie tropes which have become normalised, it is essential we take action to address problematic societal elements that perpetuate racist practices and attitudes.

Going beyond our own convictions and professions of “not being racist”, we must recognise unconscious biases that we may hold due to racist cultural and societal norms, and make extra efforts to be antiracist in order to counter systemic racial prejudice. This starts with an awareness of the issues at stake, which can only be gained through listening to the people who are actually experiencing them.

Equality is an essential Islamic principle and understanding what it means to be an ally and to be antiracist will help us to better support our black brothers and sisters. These documentaries are a great way to explore and understand Black Muslim experiences more fully.

1. Black and Muslim in Britain

Black and Muslim in Britain is a fantastic series to help raise awareness and understanding of what it means to be Black, Muslim and British.

On the 30th Anniversary of Black History Month in October 2017, the influential poet, Mohamed Mohamed and multi-talented British Muslim TV presenter and performer, Sakinah Lenoir, made it their mission to address the lack of Black British Muslim representation.

What they did was to create a wildly entertaining yet informative documentary series, Black and Muslim in Britain. This 13-part series, co-produced by the lifestyle blogger Saraiya Bah, is an excellent introduction to the under-represented and diverse Black British Muslim experience. The binge-worthy series explores both poignant and hard-hitting topics from love and marriage, to racism and Islamophobia. Read our in-depth review on this important series centring Black British Muslim voices here.

The first episode of Black and Muslim in Britain discusses whether faith should be a pivotal part of Black History Month. Respondents overwhelmingly say yes, since they feel it is an essential part of their identity. Neimo Askar says that “trying to separate the two is like erasing Black Muslims,” and Ismael Musoke replies “whenever I’m looking at Black History Month and I see that Muslims aren’t included in that, I feel like there’s a part of my identity that is left out.”

Abdul Karim Abdullah goes further, saying, “it needs to be a pivotal part of Black history – not just the month.” Rakin Niass highlights the intellectual heritage of such establishments as the university in Timbuktu, where the Muslim university predated the universities of Oxford and Cambridge. This heritage, which is so deep and rich, needs to be brought to the fore. “It is important that the young people actually know this, they learn this, they become empowered and it gets them focused on education,” he says.

Commenting on the importance of faith in Black history, Aisha Asher Mogan says, “I feel like there are certain historical figures that you can’t talk about, without talking about their belief in a monotheistic religion. Like Malcolm X, for example, like Martin Luther King. You can’t talk about these figures without the faith that spurred on their convictions and their work. I think you have to have a balance but I wouldn’t ever erase faith, because faith is a driving force, particularly for a lot of black historical figures.” 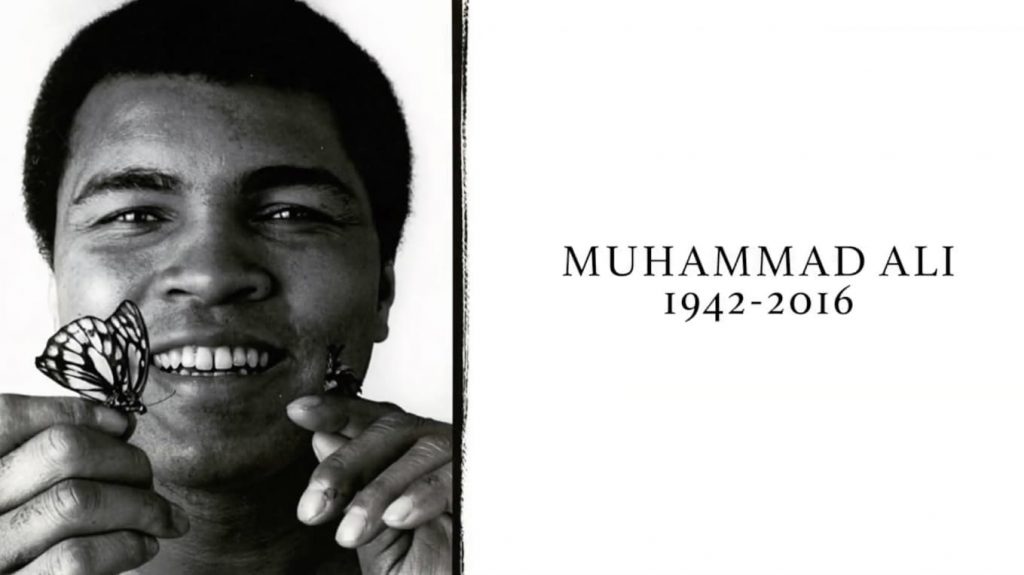 Muhammad Ali – Janaza and Memorial Service offers an intimate behind-the-scenes view of the janazah of Muhammad Ali held in June of 2016. The diverse assembly of Islamic scholarly elite standing alongside some of the world’s biggest celebrities is a testament to the power of Ali’s rhetoric, athleticism and character.

His influence is also celebrated in a final montage of pictures from Ali’s life set to his speeches on why he chose Islam and absorbed it so fully as part of his public and private identity. He cites it as a source of spiritual nurturing, a key component to being proud of his identity as an African American, and an open rejection of the white Christian establishment.

Read our review of this short film, which is a beautiful tribute to a man who meant so much to so many people, a true celebration of an icon who helped change the world. 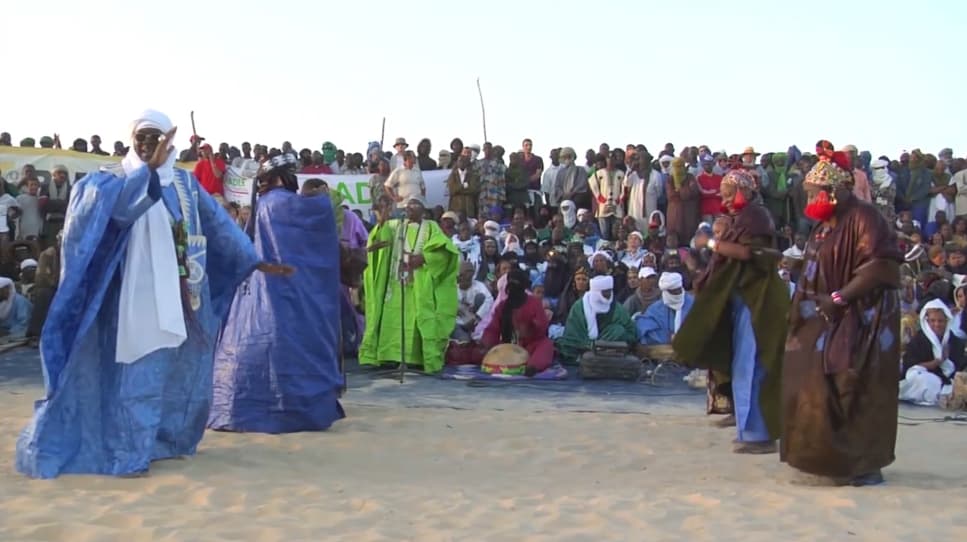 For most people, the name Timbuktu conjures images of an imaginary place at the edges of the Earth. While it’s true that Timbuktu is remote, it is far from mythic. The ancient city in northern Mali was for centuries a vibrant crossroad of trade, culture, scholarship and religious tolerance. It was home to Africa’s premier music festival, a priceless collection of manuscripts and one of the world’s greatest universities.

After the destructive force of extremist groups from 2012, Timbuktu is recovering through its rich, deeply-rooted cultural legacy. In this short film narrated by Morgan Freeman, who traces his ancestry to the city, we get a rich audio visual experience of the sights and sounds of this amazing place.

4. The Life of Omar Ibn-Said 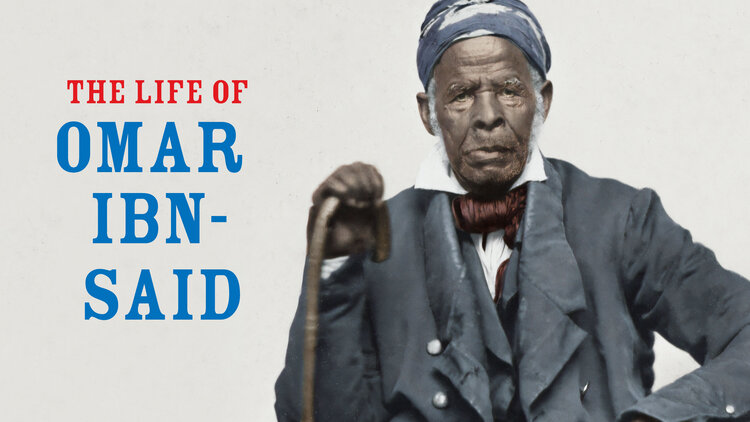 In this student-produced mini-documentary, Richard Wright students provide historical reference and insight into the process of acquisition, digitization, and conservation of the Library of Congress’ most recent acquisition, “The Life of Omar Ibn Said,” the only known autobiography still in existence written by an enslaved person in the United States in 1831. Omar Ibn Said was a wealthy, Muslim scholar captured in West Africa, forced into slavery in the U.S., and wrote his manuscript in Arabic while he was enslaved in Fayetteville, North Carolina. This rare manuscript is one of 42 original documents in “The Omar Ibn Said Collection” now available online to the public through the Library of Congress. The collection provides an even deeper and more comprehensive look into the historical, cultural, social, political, theological, and economic context of that time, and across continents.

5. Love Supreme – An Anatomy of Gratitude 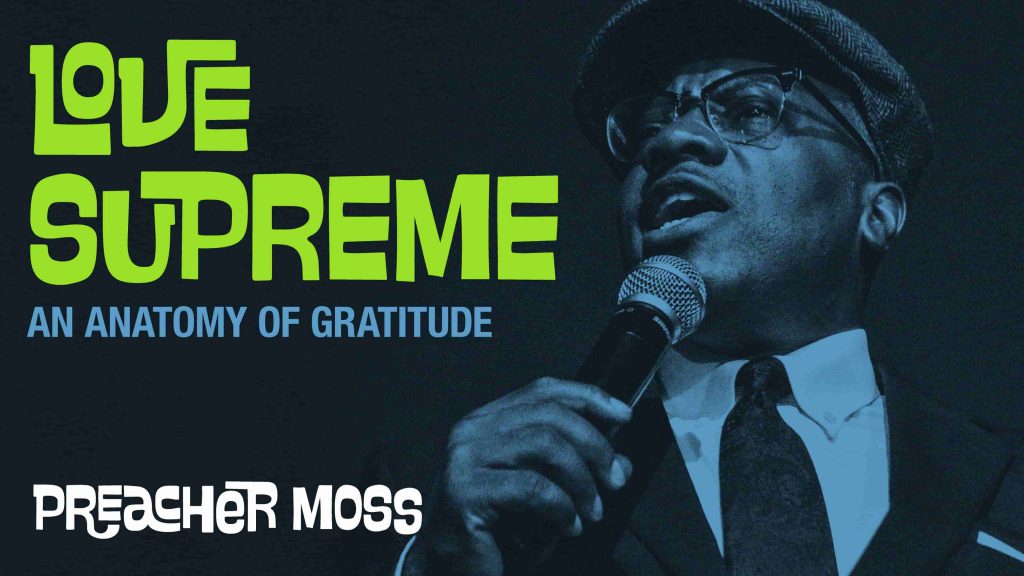 Comedian Preacher Moss grew up with jazz, a musical form to which American Muslims have been definitive contributors, and it is John Coltrane’s 1965 devotional masterwork, A Love Supreme that inspired the title of this film. Founder of the ground-breaking project Allah Made Me Funny, the Official Muslim Comedy Tour, Preacher Moss is considered by many to be the trailblazer for present day Muslim comedians like Mo Amer, Hassan Minhaj and Ramy Youssef.

Preacher Moss talks about John Coltrane’s reality, both as a man and a musician, as he moved towards the realisation of A Love Supreme. He then explains why the album is so inextricably linked to his own faith. For Preacher Moss A Love Supreme or Allah Supreme, is “John Coltrane giving us our first dose of jazz music as religious work.”

It isn’t just a stand-up comedy routine but one with a jazz sensibility and the presence of a community rather than an audience. Preacher Moss gives a straightforward account of what being a Muslim means to him, while forensically and hilariously dissecting the curve of the convert, and the idiosyncrasies of Islam in America itself.

Read more about Love Supreme – An Anatomy of Gratitude here.

For children’s cartoons about Black Muslims, Bilal: A New Breed of Hero is a superb, visually stunning animated feature film set in sixth century Arabia and based on the life of Bilal ibn Rabah, the companion of the Prophet Muhammad ﷺ.

Also explore the ground-breaking work of author, director and creative entrepreneur Robyn Abdusamad. Born and raised in North Carolina, Robyn is a storyteller whose African-American characters not only provide visibility and positive representation, but also shift the narrative of African-American experience and history. Two of her children’s books, Zaynab’s Enchanted Scarf and Zakiyyah’s Talking Flower Garden, are now beautifully animated films that allow children to see themselves reflected on screen and to get a sense of an older history than the one contained in formal education.

You may also enjoy Somalinimo, about Black Muslim Somali women at Cambridge, and the review Beards, Bedrocks and Rednecks – 5 American Muslim Films. For more films and documentaries about Black Muslims, have a browse through Alchemiya’s Black Muslim and Proud collection.