Documentaries for Ramadan: 2. The Blessed Tree

Miraculously still alive today, the tree under which the Prophet ﷺ was shaded as a child is rediscovered in the fascinating documentary The Blessed Tree.

Deep in the Jordanian desert, with no other living thing for hundreds of miles, an amazing ancient tree defies the odds, having grown in these arid conditions for well over a thousand years. Recent historical and archaeological studies have confirmed this is likely the site where the monk Bahira lived, and of his meeting with the Prophet Muhammad ﷺ, who sat under its branches when he was a child. Considered to be the last living companion (ṣaḥābī) of the Prophet, the documentary The Blessed Tree tells the fascinating story of its rediscovery.

The sirah literature, telling the story of the life of the Prophet Muhammad ﷺ, narrates the story of the monk Bahira, who lived near to the caravan route from Mecca to modern day Syria. One day he saw a caravan approaching from the Hijaz and noticed that a cloud moved in time with the movement of the caravan, shading it as it went. This cloud was protecting the Prophet Muhammad, then just a boy, from the intense sun. Shaykh Al-Habib Ali Al-Jifri, Director of the Tabah Foundation explains, “And when that person arrived at the tree and sat beneath it, the cloud then passed the mission of shading this person to the tree.” 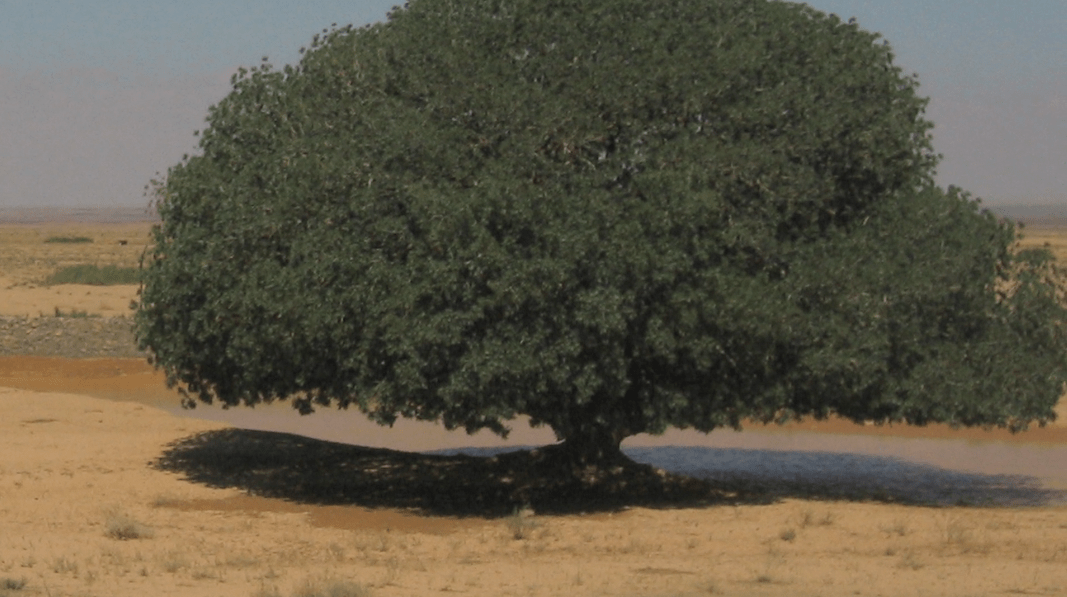 When Muhammad ﷺ sat under the tree, it almost seemed that its branches lowered themselves to shade him. Witnessing this, the monk Bahira invited the people in the caravan to eat with him. When they arrived he could not see anyone who he thought might cause these miraculous things to have occurred, and asked if anyone was missing from the group. He was told that the Prophet Muhammad ﷺ was guarding the animals. When he was brought to him, the monk Bahira confirmed the seal of prophethood that was between his shoulder blades, and told his uncle Abu Talib to protect him. 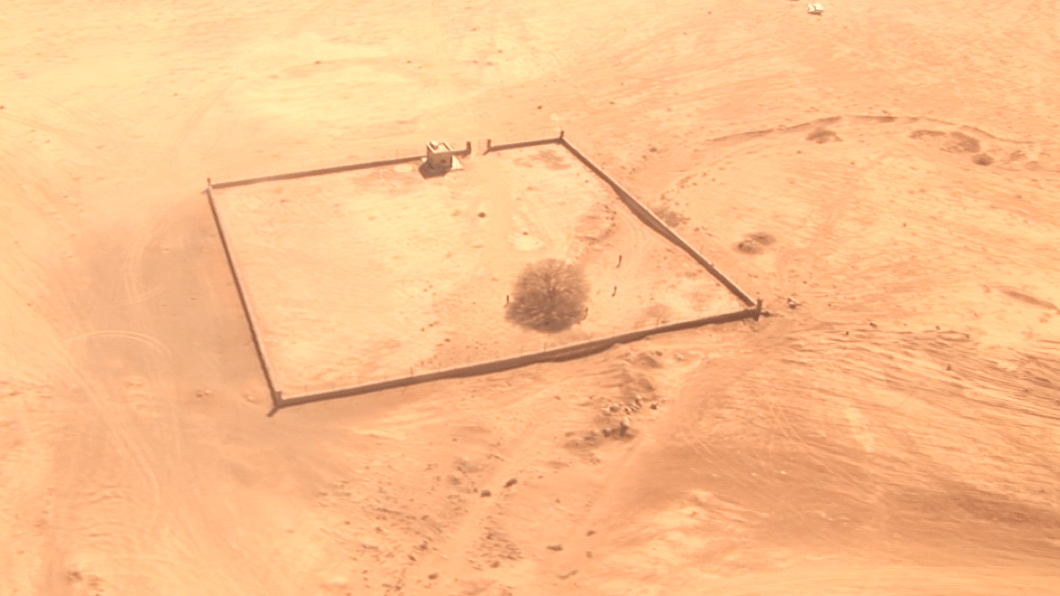 Fourteen hundred years later, this same tree was discovered alive in the northern deserts of Jordan. An archaeological and historical detective story, pieced together by the Jordanian Prince Ghazi bin Muhammad, led to this incredible rediscovery. While the Prince was working in the Jordanian royal archives, one of the researchers came across a series of papers which were the records of his great grandfather King Abdallah I, containing a survey that had been carried out of all the holy sites in Jordan. This document had been completely lost. Prince Ghazi was already a member of the royal committee for the preservation of the holy sites, and took this survey to his uncle, the late King Hussein of Jordan, telling him that there were a lot more holy sites in the kingdom than they had previously thought. In this survey he found mention of the tree under which the Prophet ﷺ had sat as a boy.

The site of the tree was near Safawi in the northern deserts of Jordan. Finding this piece of evidence Prince Ghazi and his team began to dig deeper. The remains of a Roman road in the desert were discovered, passing very near to the tree identified in the survey. Arab caravans from Mecca at the time of the Prophet ﷺ would almost certainly have followed the route of the old Roman road on the way to Bosra in present day Syria. Prince Ghazi and his team also discovered what seemed to be a Byzantine monastery near this tree. 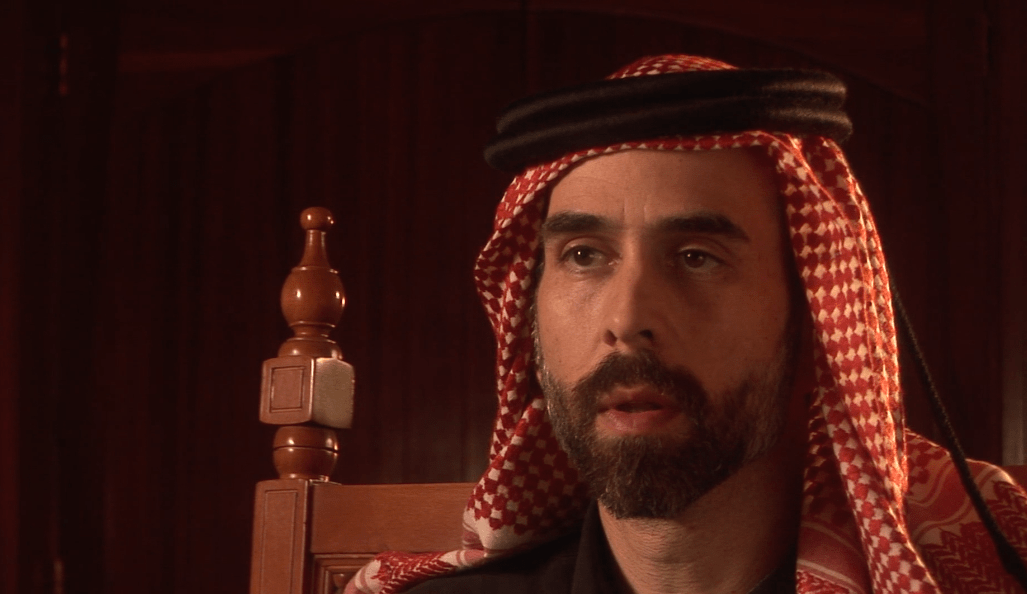 The Monk of the Lake

Another possible puzzle piece lies in the name of the monk Bahira. Prince Ghazi explains that he went many times over a number of years to visit the tree. “And then, once, I went in winter, and the whole thing was completely different. The whole area for miles around was under water. So I came to suspect that the monk Bahira, Rāhib Baḥīra as he’s known in the Islamic history, is Rāhib al-Buḥaira, which is the same word but with a different inflection, meaning the monk of the lake.” The monastery would have been right at the edge of what is sometimes a huge lake. This flooding is likely also what has miraculously kept this tree alive for hundreds of years in the barren desert. 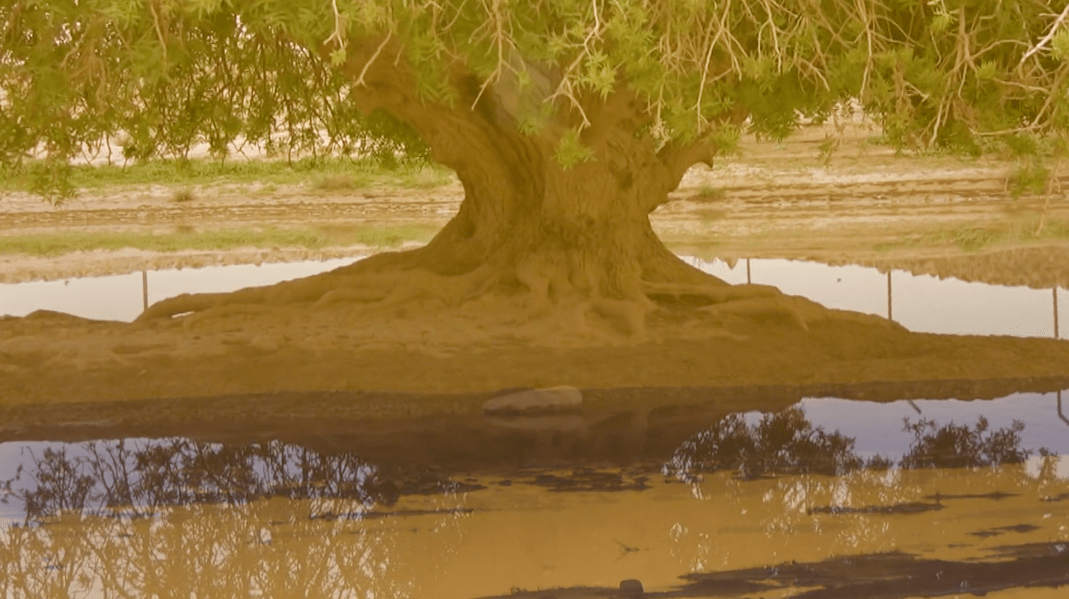 What the Bedouin Knew

The only tree within hundreds of square kilometres, oral traditions of the Bedouin of the area confirm the clues to the position of the tree, including the use of the Roman road as the main route for caravans travelling from Mecca to Syria. Shaykh Farwan Ghazi Al-Athamat, a Bedouin tribesman living near to the tree in Jordan, affirms “The very early people here simply knew it as the tree that shaded the Messenger. The first people passed the memory to the next generation and so on until today.” Prince Ghazi relates, “After that, I found a number of other records of it and I found that the local Bedouins knew exactly what it was, and there was an oral tradition there, spanning generations and generations.”

The Last Living Companion of the Prophet ﷺ

Describing the first time he saw the tree, flying over the desert in his helicopter, His Majesty King Abdallah II of Jordan says “In all this desert I look down and see a tree, absolutely alone, no other trees, no fields, no water. You think it’s a miracle any living thing could survive here.”

After finding the tree, Prince Ghazi and others, including Shaykh Al-Habib Ali Al-Jifri, Abdal Hakim Murad and the Grand Mufti of Syria, visited the tree and prayed for a sign confirming that this was indeed the tree. Just a few days later, the Grand Mufti had a dream of the monk greeting the Prophet ﷺ at the site.

If, as all the evidence seems to indicate, this is indeed the tree that shaded the Prophet as a child, then it is the last thing still alive that was in the presence of the Prophet Muhammad ﷺ. Prince Ghazi says “The most stunning thing about the tree is that the Prophet sitting under it and its reacting to the Prophet makes it the only living terrestrial witness to the Prophet ﷺ, what we would call in Arabic ṣaḥāba. That tree is the only ṣaḥābī remaining on earth” 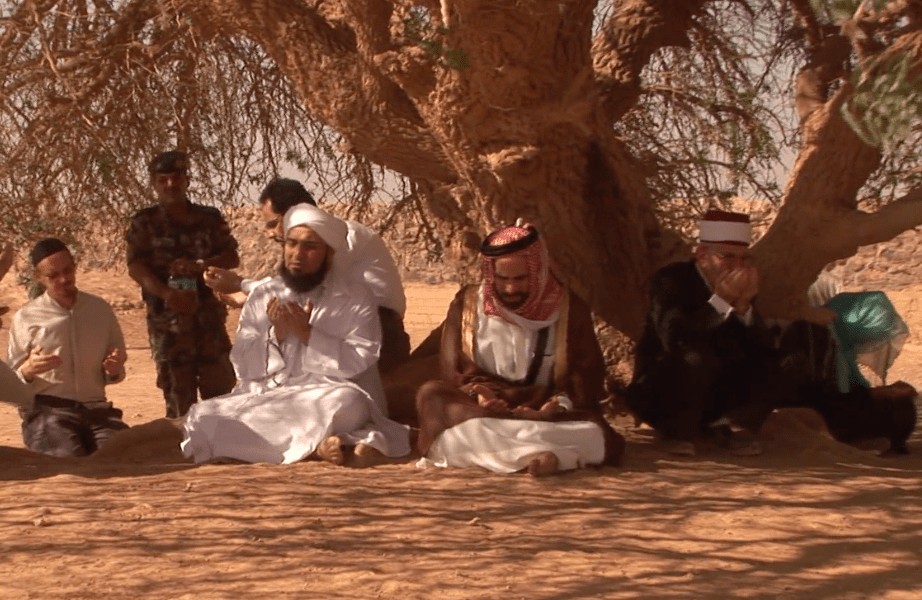 The Blessed Tree is a fascinating archeological and historical detective story woven into a spiritually uplifting tale about rediscovering a living part of the sirah of the Prophet ﷺ. It is a great documentary to watch with the family this Ramadan.