A Japanese Imam in Tokyo, a Muslim Redneck from Mississippi and an early 20th century British aristocrat are some of the converts featured in our round-up of inspiring films about Muslim converts.

A Japanese Imam in Tokyo 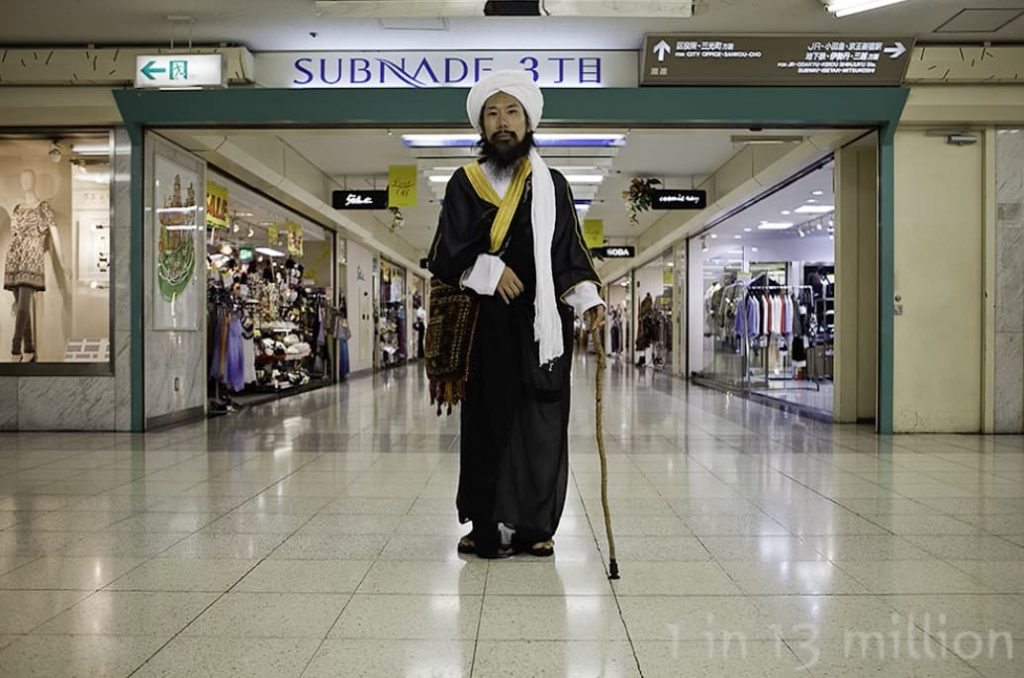 1 in 13 million tells the story of Abdullah Taqy, a tattooist and body piercer in Tokyo who converted to Islam and then became the Imam at a small mosque. A chance meeting with a Muslim led him to learn about Islam after spending many years studying other religions. 1 in 13 million contrasts between his life as a Muslim and Imam, dressed in a robe and turban, and his work as a tattooist -seemingly contradictory roles which he navigates between with a remarkable sense of harmony and ease.

Black American Muslim interviews Lawrence Coleman, whose family decided to convert to Islam when he was eight or nine years old. Wearing a kufi to school while his sister wore a hijab meant there was a lot of explaining to do to classmates about the changes they had made. His parents were particularly strict in the first few years “We were learning together as a family.” Coleman says, explaining that as a teenager he wore a kufi Monday to Friday at school to be visibly Muslim, while on the weekends he didn’t and just wanted to blend in and be seen as a normal kid. Explaining how he is raising his own children, he says, “My approach with raising the kids Islamically is to do it softly, and enjoy it. Religion shouldn’t be punitive. You should have peace in it, you should enjoy it, you should smile when you think about it. That’s the way I practice Islam, and the kids are able to see that.” 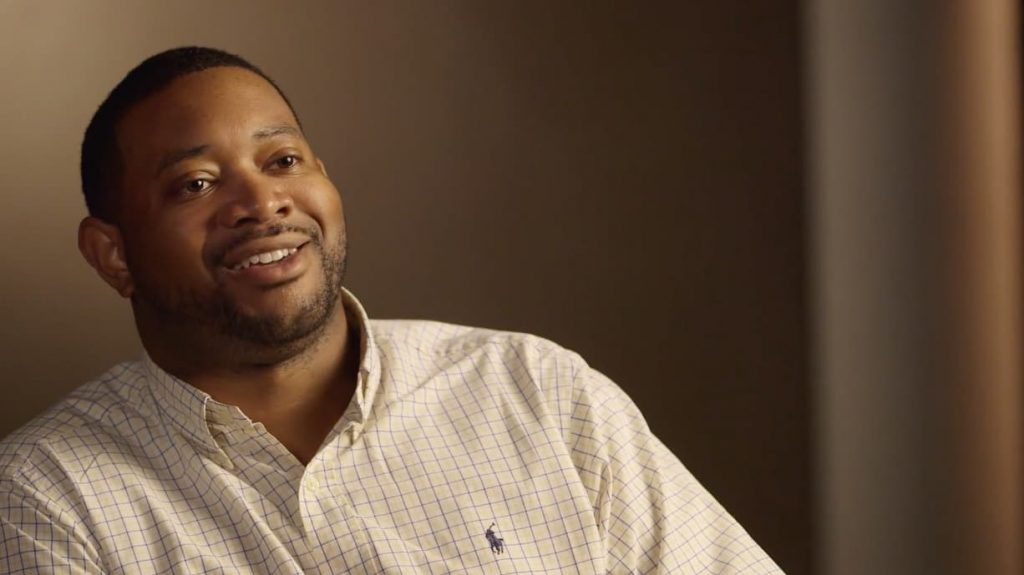 Redneck Muslim follows Shane Atkinson, who is training to be a chaplain. From Mississippi, Shane converted to Islam in 1999, and founded the online group the “Society of Islamic Rednecks.” Spanning complicated identities, Shane considers it important to acknowledge his Southern heritage while challenging racism and white supremacy. Building bridges in Muslim communities and working to deconstruct prejudices embedded in the background he comes from, he says “We can make a contribution to standing up for justice. Someone was asking me about this – what would motivate white people to do that because you don’t really have anything to gain, you’re just going to give away your privilege – but I’m thinking you gain your humanity by doing that. You’re true to your soul – that you don’t brutalise other human beings.” You can read about more documentaries about American Muslims here. 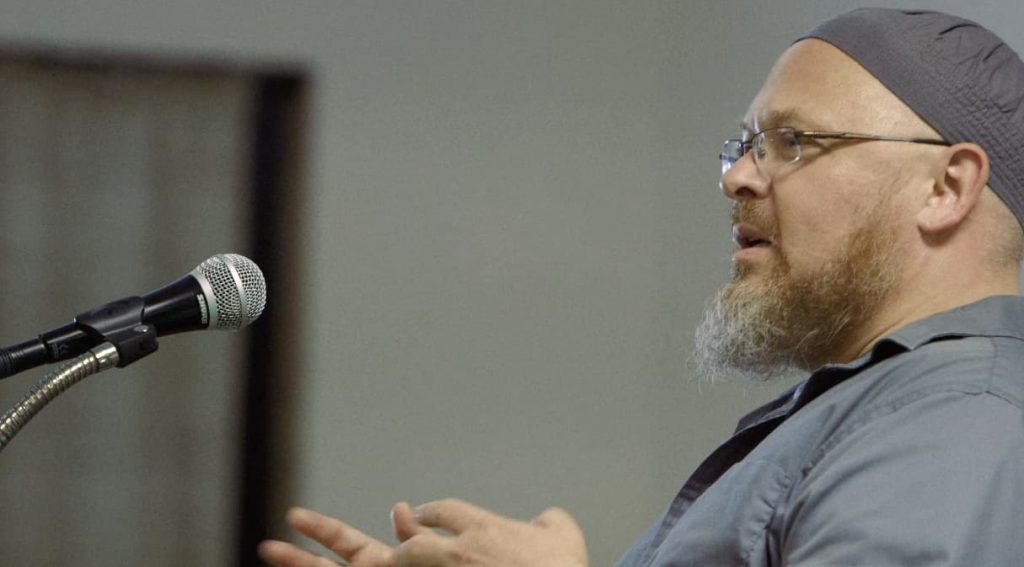 The history of British converts to Islam 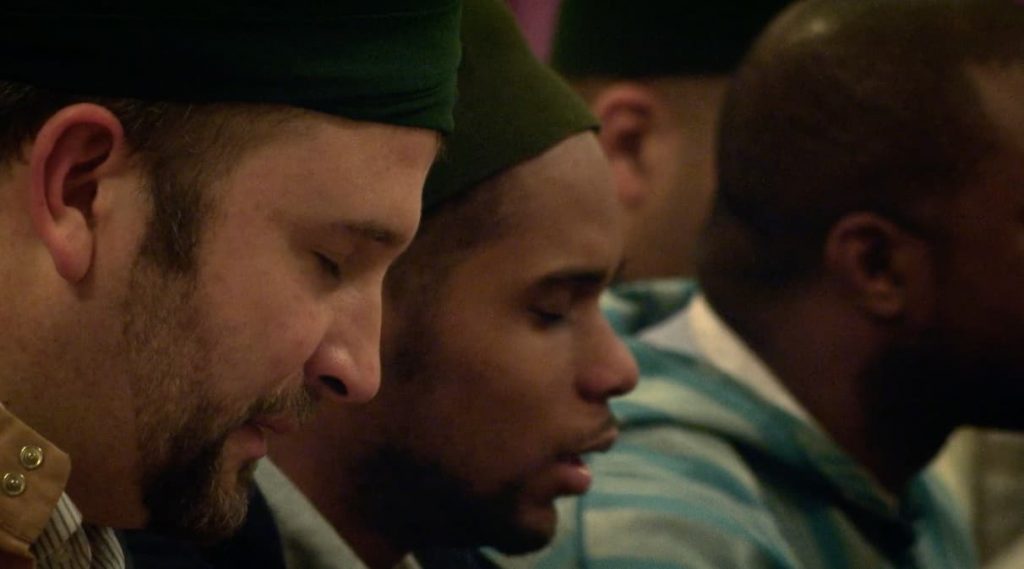 Blessed are the Strangers focuses on the community that grew up from the encounter of a group of British converts who discovered Islam through the Moroccan Sufi Shaykh Muhammad ibn al-Habib in the late 1960s. A Muslim community formed, with converts of British and Afro-Caribbean descent coming together in Norwich. Centred around Ian Dallas, who became Shaykh Abdalqadir as-Sufi, the group spread to the States, Mexico, South Africa and Europe, and brought influential figures to Islam. You can read our review of this documentary here. 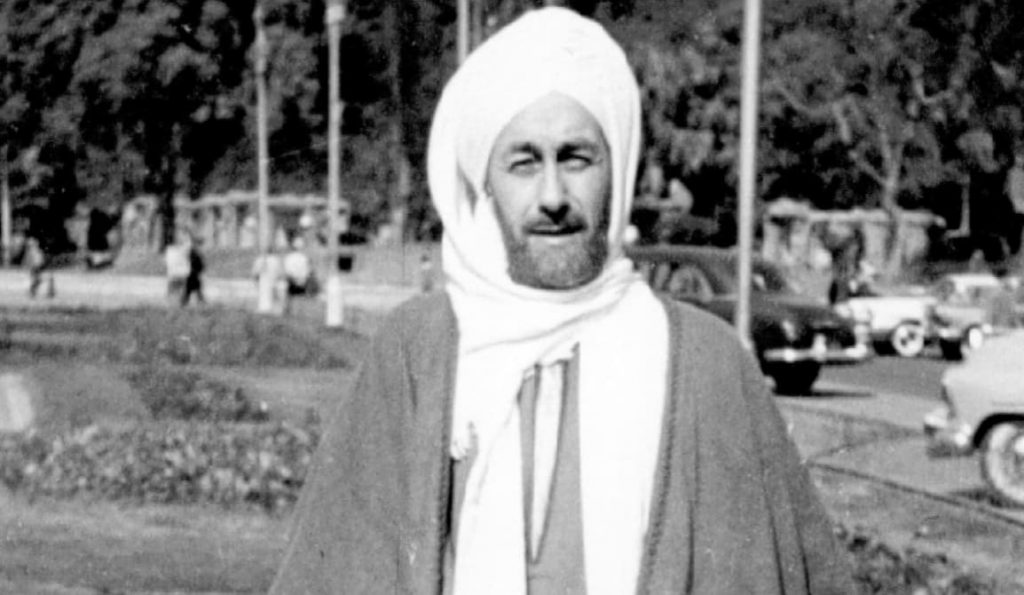 Circling the House of God documents the Hajj pilgrimage of Martin Lings in 1948. He recollects his experiences together with his insight into the historical background, using unique archive material to highlight the beauty and simplicity of Hajj. The English Lady who went to the Hajj is a short film about the British aristocrat Lady Evelyn Zainab Cobbald, who converted to Islam in the 1915, and performed the Hajj in 1933, at the age of 65. 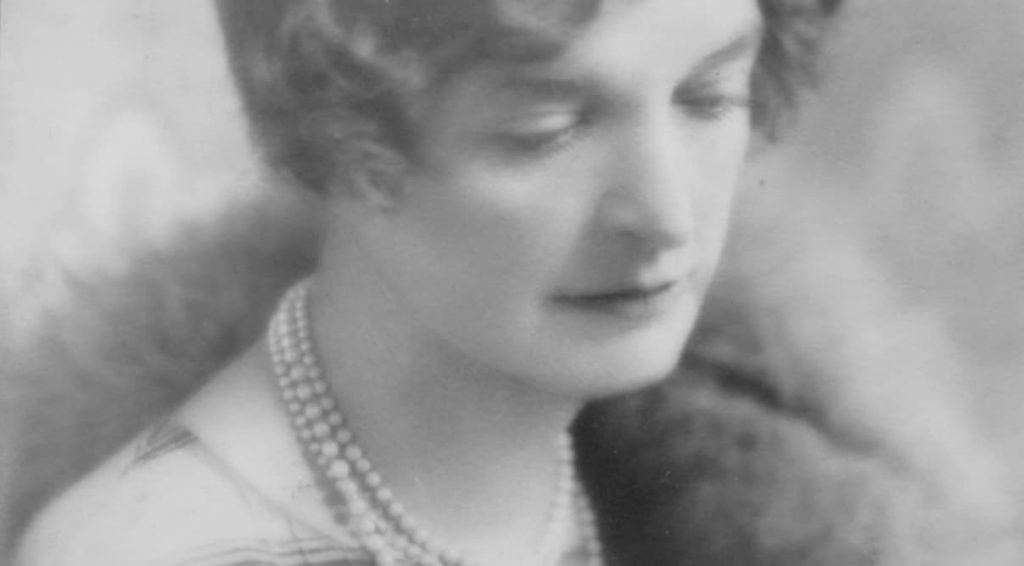 Mosaic follows three Spanish Muslim converts who found answers to essential questions in Islam. Nizzar Vizcaíno did a degree in philosophy and became aware of the limits of rational thought. “We live in a terribly analytical world, where the scientific paradigm reigns,” he says “and we think we can go everywhere with reason, but we can’t. We have to allow a place for the heart. This is what I started to glimpse when I approached Islam.”
American Spanish dancer Fatima Almeida started to take Flamenco lessons in Manhattan. Falling in love with Flamenco she travelled to Spain to do an intensive course. Growing up as a devout Catholic she started working in a Pakistani restaurant in Seville and found out about Islam which answered questions she had about her faith.
Actor and artist Muhammad Jairuddin Guigar found at a certain point that he suddenly tired of his life working in theatre and started to question things. Meeting Muslims through friends he unexpectedly found he felt at home among them in a way he didn’t elsewhere. “I was in a very intellectual theatre group, and this was in sharp contradiction with the fresh message of Islam, the fitra – the natural way – And all that thought was too square in comparison,” he explains. “Islam was a love story for me, it opened a crack in my heart and I wasn’t prepared to close it.” 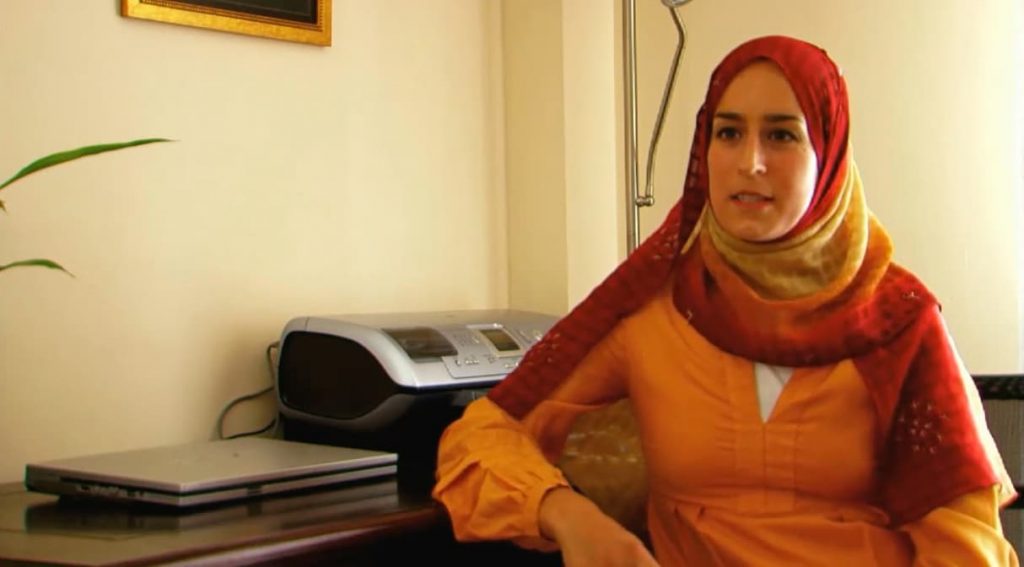 A Swedish Diplomat’s Journey to Islam

Between Two Worlds tells the story of how Swedish diplomat Muhammad Knut Bernstrom found his way to Islam. His time as an ambassador to Morocco led him to convert to Islam in 1986. Staying in Morocco to study he undertook the huge task of interpreting and translating the Quran into Swedish. Born into the Swedish Lutheran church, he first converted to Catholicism, but it was in Islam that he found the cohesion and divine truth he was seeking. Read our review of Between Two Worlds here. 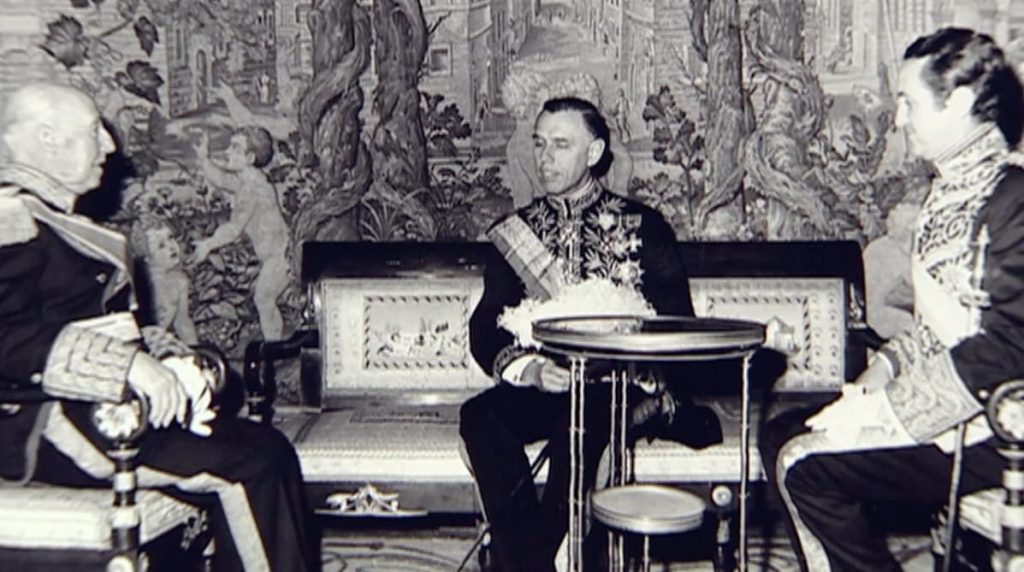