I Heart Quran: Verses that inspire the way we live

Four British Muslims talk about some of their favourite Quranic verses, what they love about them, and how they are meaningful in their lives in the documentary I Heart Quran.

Artist Zarah Hussain says that when she was being taught art “we were never taught art that wasn’t from the West.” She explains that there was very little out there about what the Islamic cultural tradition had to say about art. She discusses some of her work, including Desert Night Sky, a painting she made for an exhibition at Birmingham museum and art gallery. The painting depicts the stars, in a composition mixing between structured geometry and a more abstract style, and draws inspiration from the Islamic sciences and their interest in astronomy, mathematics and the universe. “We’re using the same kind of mathematical geometric shapes,” she says. “There’s an underlying grid which is quite accurate and structured, and then on top of that you’ve got free-flowing kind of stars falling from the sky. That was the idea – you’ve got the order, the balance and then you’ve got the abstract shapes coming in…” 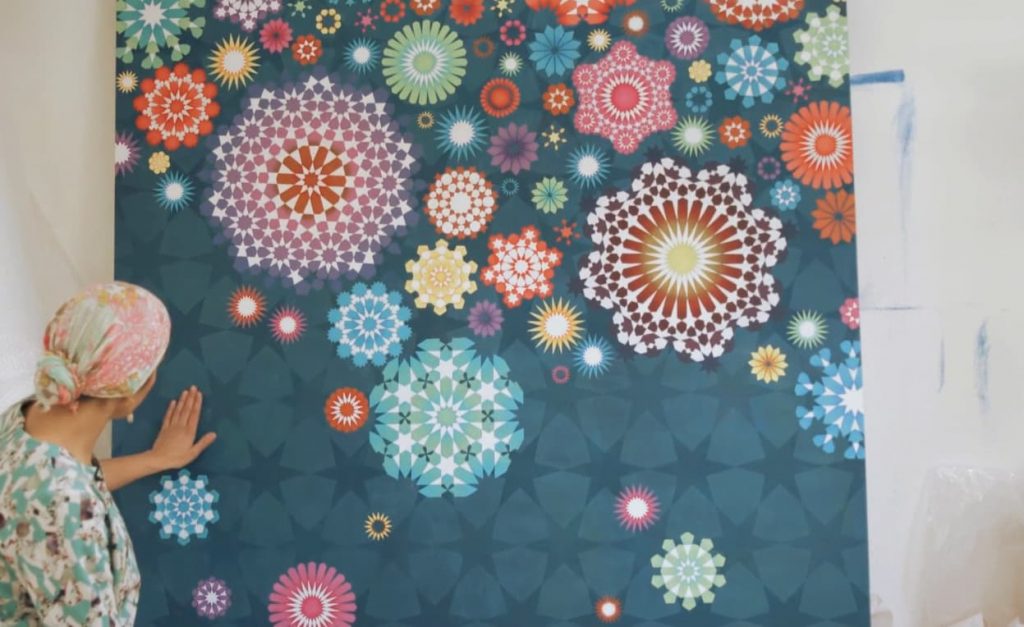 Zarah always keeps a print out of the Quranic verse 24:35 from surah al-Nur in her studio as she finds it very inspiring:

{Allah is the Light of the heavens and the earth. The similitude of His light is as a niche wherein is a lamp. The lamp is in a glass. The glass is as it were a shining star. (This lamp is) kindled from a blessed tree, an olive neither of the East nor of the West, whose oil would almost glow forth (of itself) though no fire touched it. Light upon light. Allah guideth unto His light whom He will. And Allah speaketh to mankind in allegories, for Allah is Knower of all things.}

Explaining why she is so drawn to this verse, Zarah says it is partly because artists work with light in what they do. “As an artist I think your job is to find the beauty and meaning in things. The inspiration, the heart of that, is Islam. Within that, this verse is really, really powerful.” Zarah finds the repetition of the five prayers each day quite symbolic, and the geometry of doing things based on repeating patterns meaningful. “You’re doing something to worship God in a way that is also a repeating pattern,” she says. 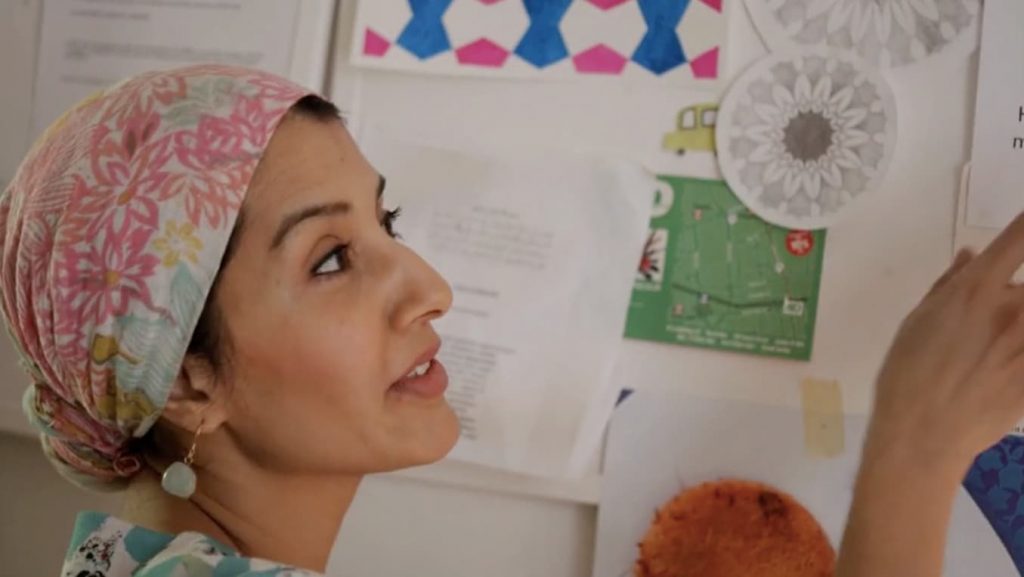 Sohaib Hassan a practitioner of Pencak Silat, a martial art that originated in the Malay archipelago. He explains that the martial art is made up of four different aspects, self-defence, the artistic aspect, the sports aspect, and the mental or spiritual aspect, which is called ʿilm al-bāṭin. Looking at different faiths and religions, Sohaib found there were certain “recurring messages” that God seemed to be always telling mankind. These included concepts such as do as you would be done by. Sohaib sums up what he has found saying “under the stars there’s only one family. Human beings are all one family.” 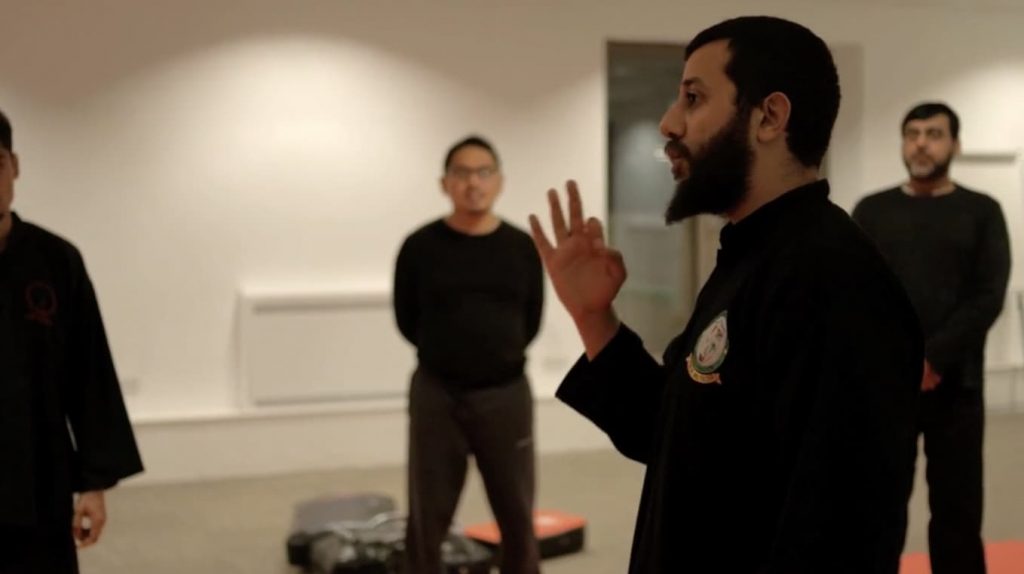 {True piety does not consist in turning your faces towards the East or the West, but true piety is whoever believes in God, and the Last Day and the angels, and revelation, and the Prophets and spends his sustenance, however much he himself may cherish it, upon his near of kin, and the orphans, and the needy, and the wayfarer, and the beggars, and for the freeing of human beings from bondage, and is in constant prayer and renders the purifying dues. And the truly pious are they who keep their promises whenever they promise, and are patient in misfortune and hardship, and in time of peril. It is they that have proved themselves true, and it is they who are conscious of God.}

“This verse is important to me in different ways,” Sohaib says. “One of the things that I learned from this verse is to take a wide view of righteousness, not being restrictive in doing good, and that’s definitely the ethos of someone who does silat, in that they’re a person who exists for the good of mankind, or the good of the universe if you like. Someone that benefits people wherever they go. This very much fits in with the philosophy of silat of doing good to your fellow man wherever you may be… standing up for those who cannot stand up for themselves. This is something to me that’s personally very important.” 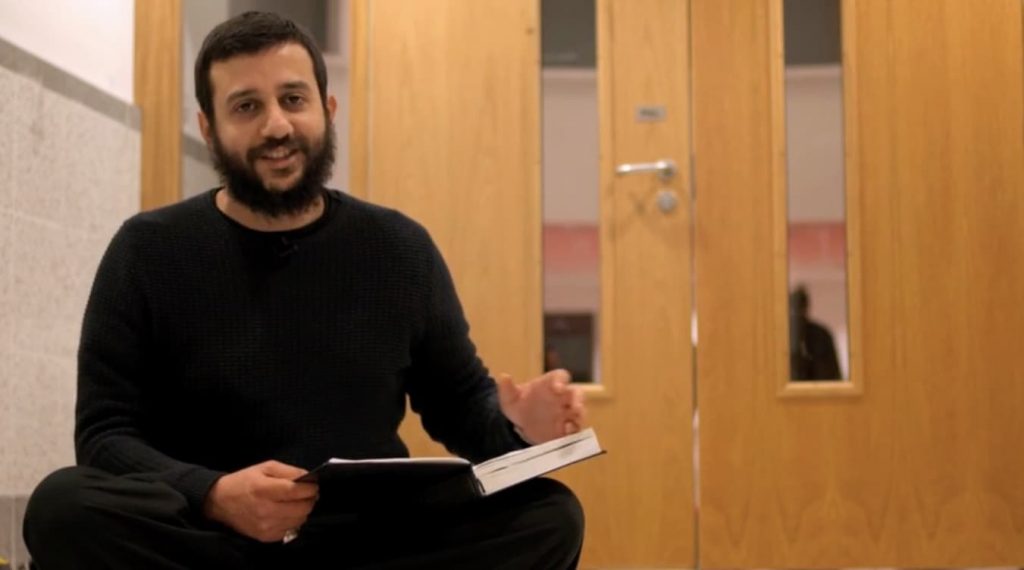 Justine Huxley, the director of St Ethelburga’s centre for reconciliation and peace, works to bring people from different backgrounds together to learn how to collaborate, cooperate and build a better future. In her late twenties she travelled across the Middle East and Northern India. “I was really looking for a spiritual home,” she says. At the shrine of a Sufi saint in Delhi, she heard the Quran recited for the first time. “It was really the most beautiful thing I’d ever heard. There was a quality or an energy coming through the words that just seemed to come from a completely different dimension, and it was really the first time I’d experienced that… I was moved to tears, and I just thought, whatever that is, coming through those words, that’s what I want…” 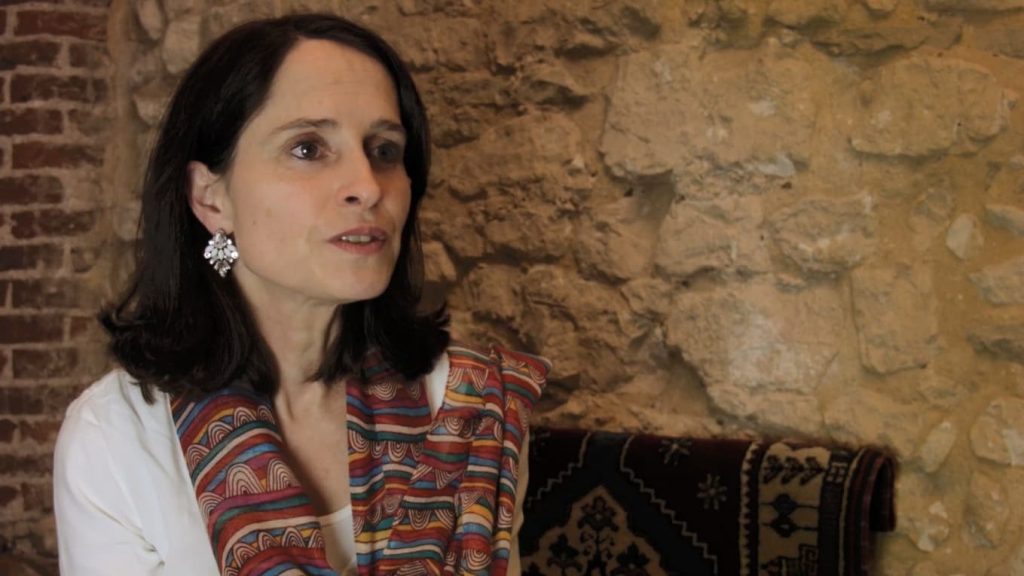 One of her favourite Quranic verses is 2:164 from surah al-Baqara:

{Verily in the creation of the heavens and of the earth, in the succession of night and day, and in the ships that speed through the sea with what is useful to man, and in the waters which God sends down from the sky, giving life thereby to the earth after it had been lifeless, and causing all manner of living creatures to multiply thereon, and in the change of the winds and the clouds that run their appointed courses, between sky and earth, in all this there are indeed messages for people who use their reason.}

Describing what she loves about it Justine says, “It calls us back to what’s most meaningful in life and it reminds us of the beauty of this earth that we live on, and it also reminds us that earth does not belong to us, it belongs to God. What I love about many verses in the Quran is that it reminds you that we’re not in charge, that actually there is something bigger than ourselves to which we are responsible.” 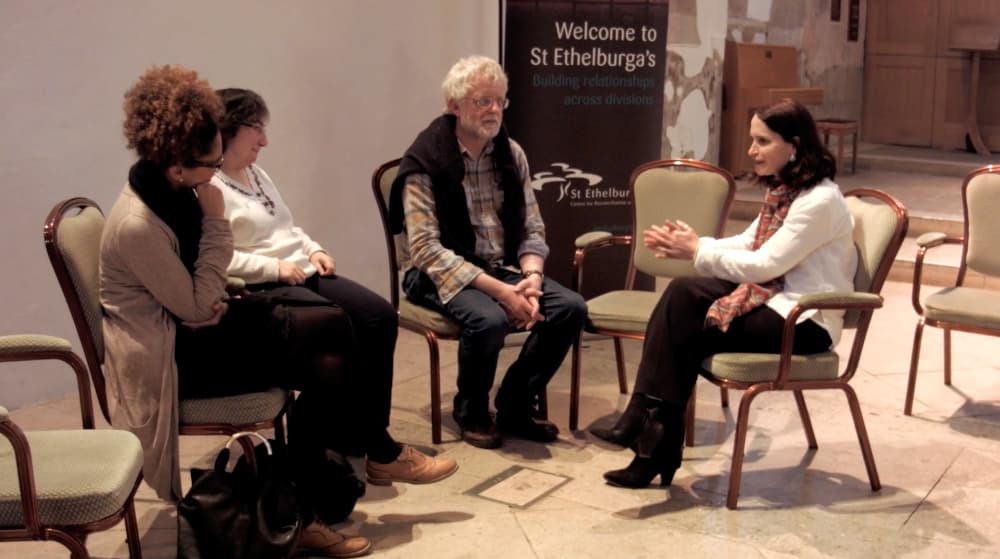 Tamer Kamel works as the director of his father Ashraf’s halal restaurant Icco Pizza, which is located underneath a mosque, which means they can go upstairs to the mosque at prayer times.

“I’m very fortunate that I get to work alongside my father.” Says Tamer. “A lot of people end up not spending too much time with their family… I will be very lucky when I look back and think of all the time I spent with my father, all the valuable lessons he’s given me, and hopefully I can pass that on to my children or whoever I end up trying to nurture in this world.” 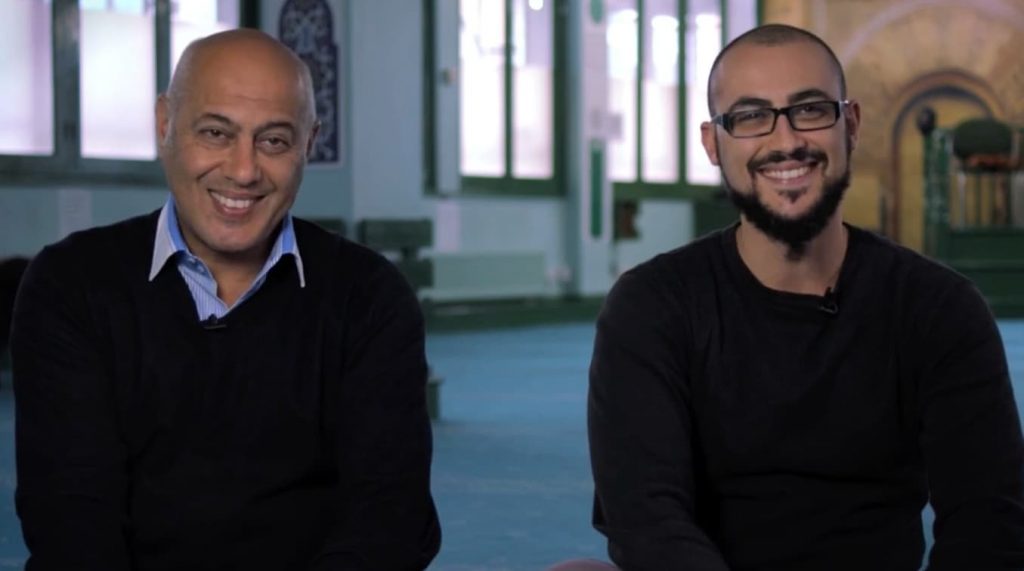 Working closely with his father can also naturally be challenging at times, and Tamer finds Quranic verses 17:23-24 inform his daily interactions with him:

{Show kindness unto parents, if either or both of them reach old age with you. Show them no sign of impatience nor reproach them, but address them kindly.}

{Treat them with humility and tenderness, and say, Lord, be merciful to them, even as they cherished and reared me when I was an infant.}

Commenting on why he loves these verses, Tamer says, “It can be really tough when you’re working with your parent in the same place… you have your own strengths, and your own ideas, your own opinions, so sometimes you can clash. When I think of this surah I always remember that I’ve got to be kind, I’ve got to be generous to my dad. I’ve got to remember my religion, I’ve got to thank him for everything that I’ve got here in the shop.” 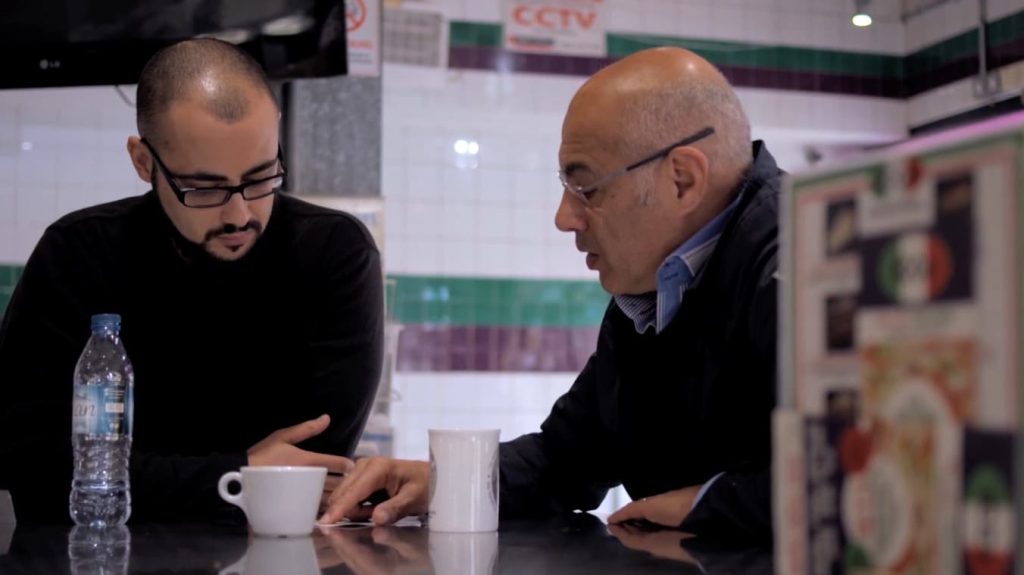