Ibn Battuta is arguably the greatest explorer of the premodern age. Ibn Battuta the Explorer tells the story of his amazing adventures in a series of episodes for kids.

Leaving his home in Tangier in 1325 at the age of 21 to go on Hajj, Ibn Battuta did not return for nearly twenty-five years. In total he covered a distance of around 73,000 miles, almost five times that travelled by Marco Polo. His insatiable wanderlust took him to Andalusia, Timbuktu, Shiraz and China, among many other destinations, despite the perils of bandits, natural disasters, diseases and tyrannical rulers encountered along the way.

Globetrotting on a Camel

Starting in Tangier, he set out alone on a donkey, riding through the mountainous interior of Morocco until he reached Tlemcen, in modern day Algeria. He joined a caravan of other pilgrims, to arrive in Algiers, and then Constantine and Tunis. On the two thousand mile journey to Cairo, which took eight or nine months, there was the constant fear of being attacked by rebels, and Ibn Battuta twice fell seriously ill, and even had to be tied to his saddle to stop him from falling off. 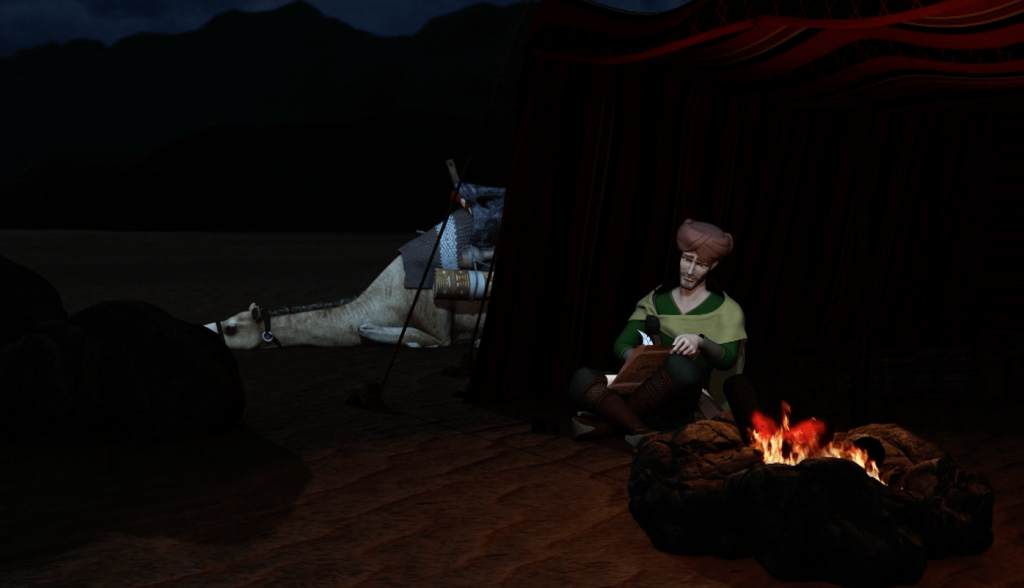 On the way to Mecca, he stayed with scholars, in Islamic colleges, with holy men and at caravanserais, sometimes travelling alone and sometimes with groups of other pilgrims. Travelling in the Islamic world, where charity is considered to be something that should be given to travellers, he was welcomed and received some generous gifts from those he met, helping him along on his journey. Apart from exploring new lands, as a pilgrim scholar he was constantly searching out the next big library to discover, the famous scholars of the places he travelled to and the classes he could attend to advance his career as a judge. 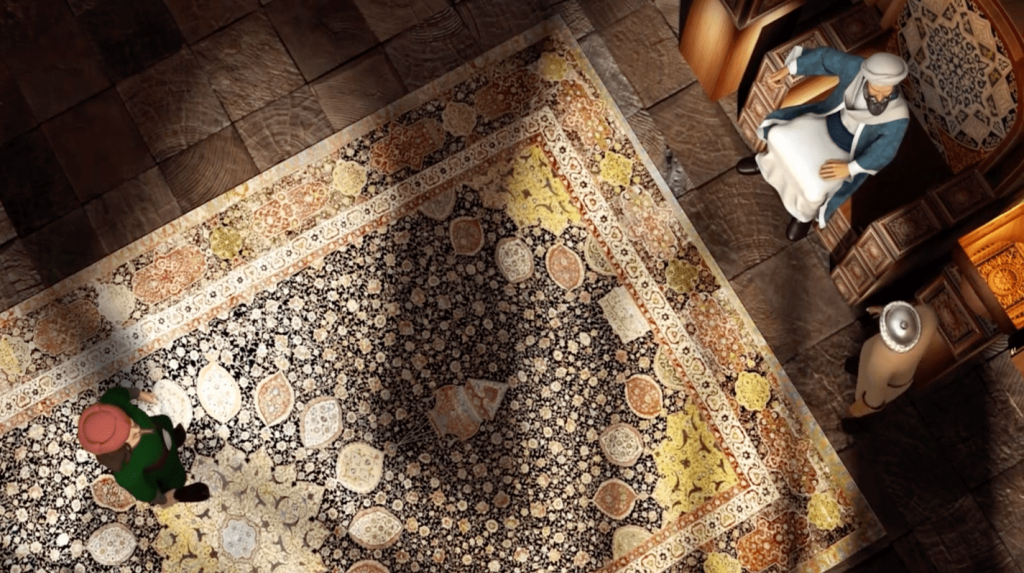 High Adventure on the Way to Mecca

In Ibn Battuta the Explorer, his incredible journey is brought to life for kids. Starting in Tangier, the series begins with Ibn Battuta trying to convince his parents to let him go on Hajj. He has a dream of flying to the East on a huge bird that then leaves him far from home. He sets out on his journey, and after several setbacks, such as a sandstorm, and a travel companion dying of a snake bite, he finally makes it to Constantine. He then joins a caravan of pilgrims and merchants, and saves the caravan by foiling the plot of some bandits to attack it. 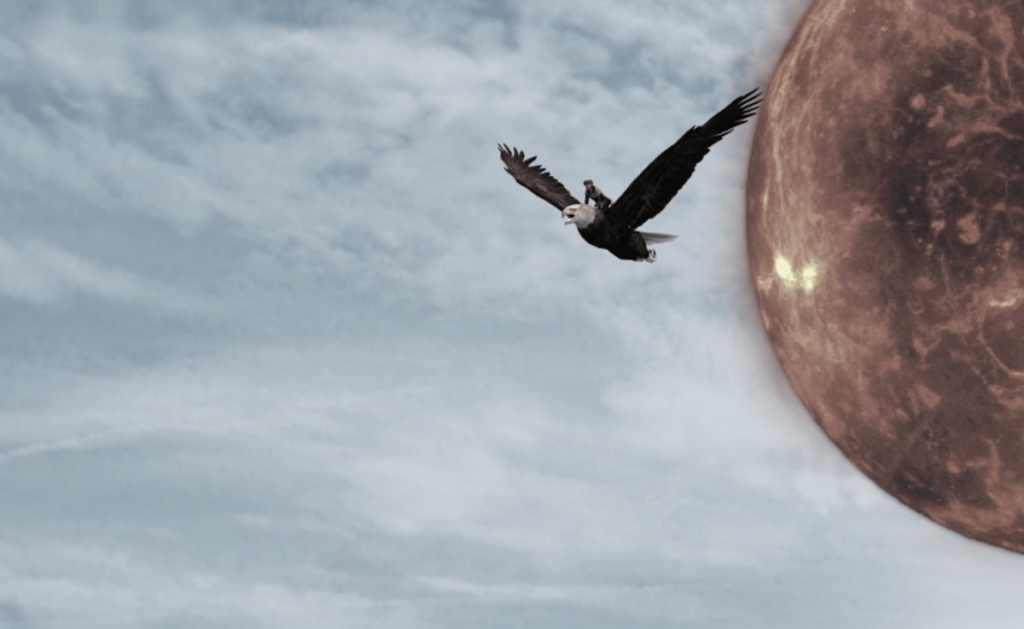 Arriving in Alexandria, his money is stolen and he must find a way to buy food and continue on his way. Delighted to get work as a construction worker at the palace of Prince Salahuddin, he is soon dismayed by the difficult labour. Luckily for him, the caravan leader tells the prince how he saved the caravan from bandits. He is rewarded for saving Prince Salahuddin’s goods, that made up a large part of the caravan, and given a position as his personal advisor and a salary. Once he has saved up enough money, he continues on his way towards Mecca. 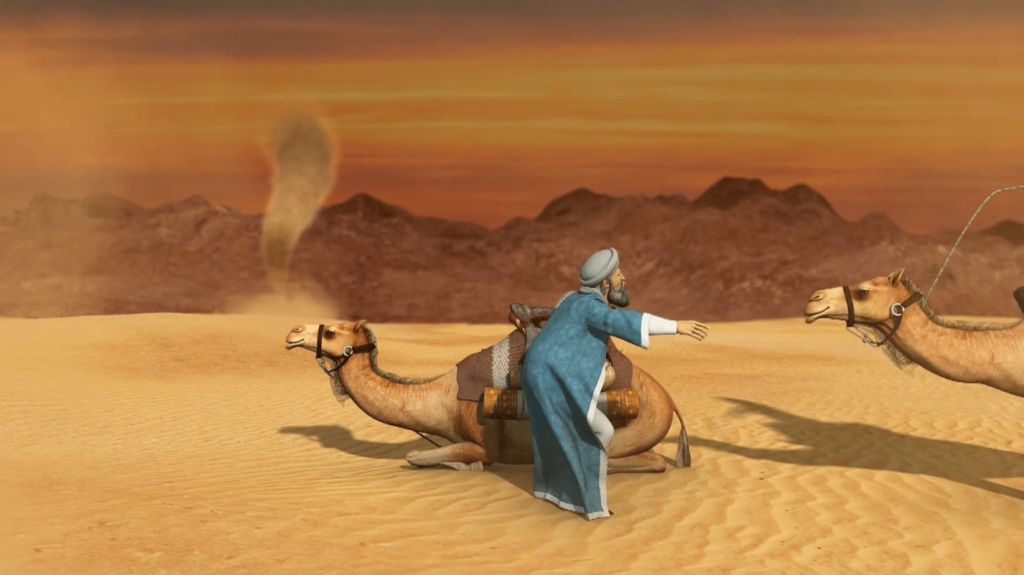 The first episodes of Ibn Battuta the Explorer largely follow the actual route Ibn Battuta took, and include less well-known historical details, such as the fact that his name was Shamsuddin, being often referred to as Shams by other characters in the series. Despite the rather stilted dubbed dialogue, the exciting events in each episode and the likeable character of Ibn Batuta succeed in telling an engaging story. 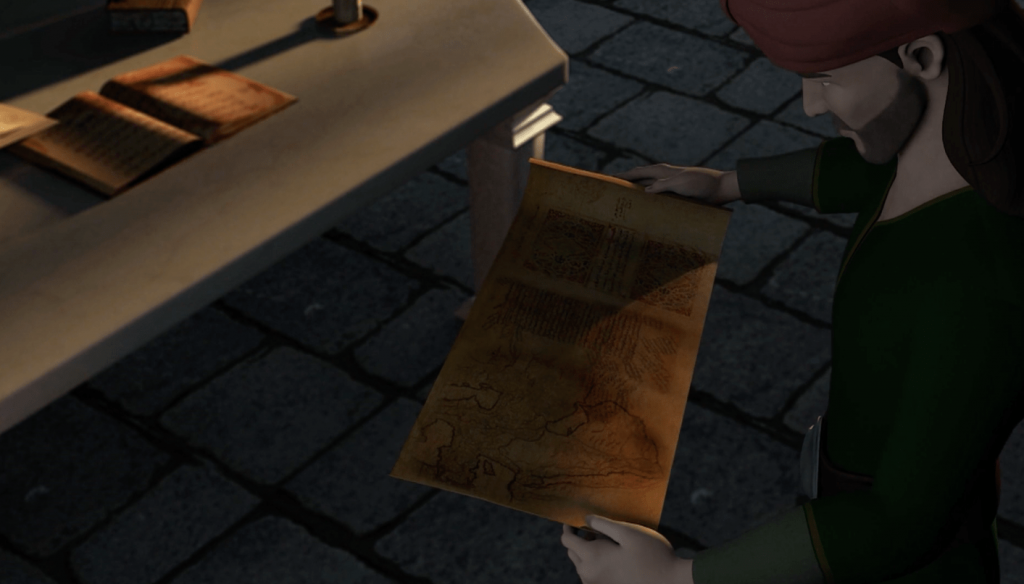 As the series progresses some fantastical side quests and story elements are added into the actual description Ibn Battuta gave of his travels, to add intrigue and mystery to the episodes and sustain plot interest. It would be nice if the series had stuck more closely to what was actually recorded about Ibn Battuta’s journeys, but this would be difficult considering the vast number of places he travelled to over nearly thirty years. Despite these elements, the series still succeeds in bringing Ibn Battuta and his extraordinary travels to life, and may spark interest in learning more about the real historical figure. 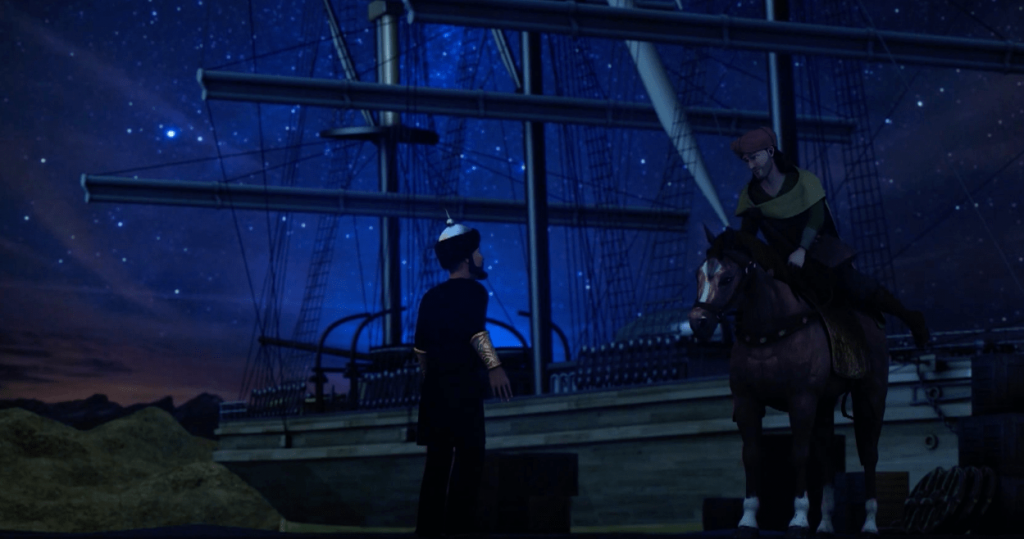 Courageous and curious, resourceful and persevering, scholarly and kind, Ibn Battuta the Explorer makes a great Muslim hero, who draws strength from his faith. His incredible adventures around the world, in a time before cars and planes or mobiles to phone home, and the way in which he is welcomed and helped along his way, is a testament to a civilisation where scholarly and cultural exchange took place across vast areas of the world. This spirit of adventure and intellectual culture that is the background to his journeys was put in motion by the religious imperatives to travel to Mecca and to study the Quran. Ibn Battuta the Explorer is a great way for kids to find out about this incredible Muslim pilgrim adventurer who explored the world. 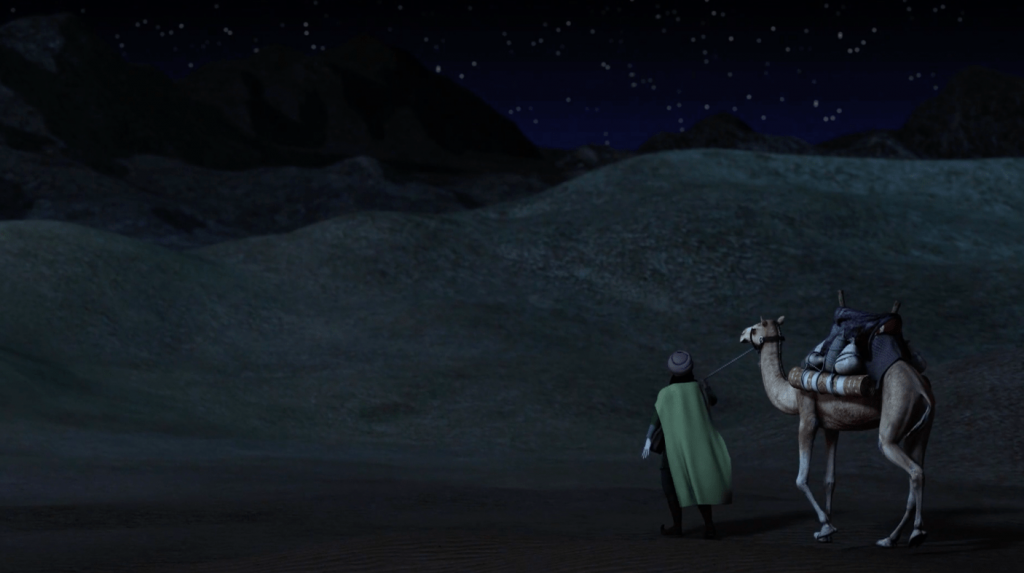