Circling the House of God is an amazing documentary interviewing renowned writer and scholar Dr. Martin Lings (1909-2005) about his pilgrimages to Mecca in 1948 and 1976, interspersed with incredible archive material of the Hajj from the early twentieth century. 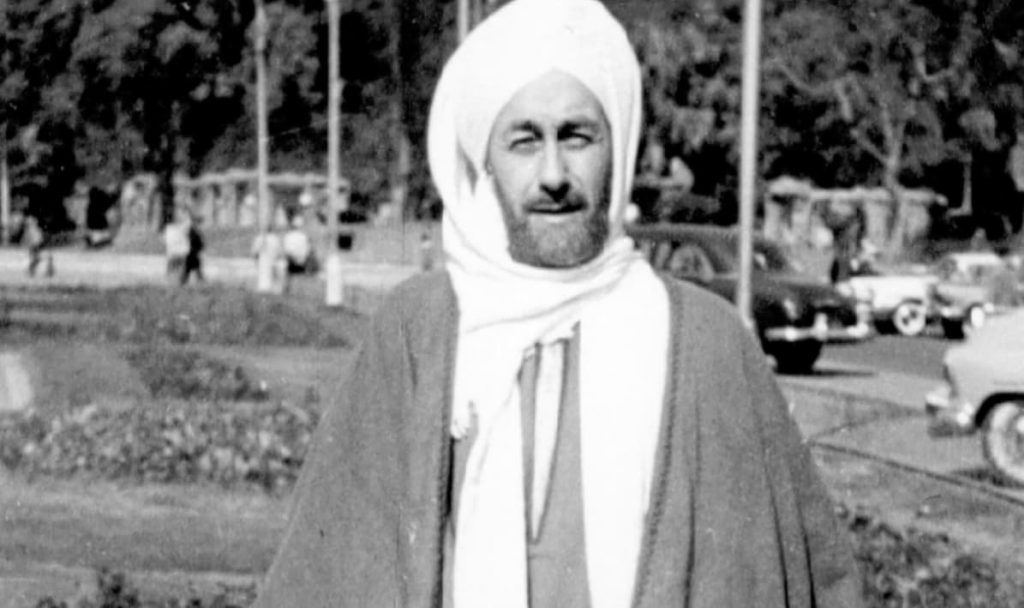 Comparing his pilgrimage in 1948 with the one he made in 1976, Martin Lings says in the documentary that they were very different. While the 1948 Hajj was less crowded and more memorable in some ways, he feels he was more aware of the baraka of the Hajj he made in 1976. 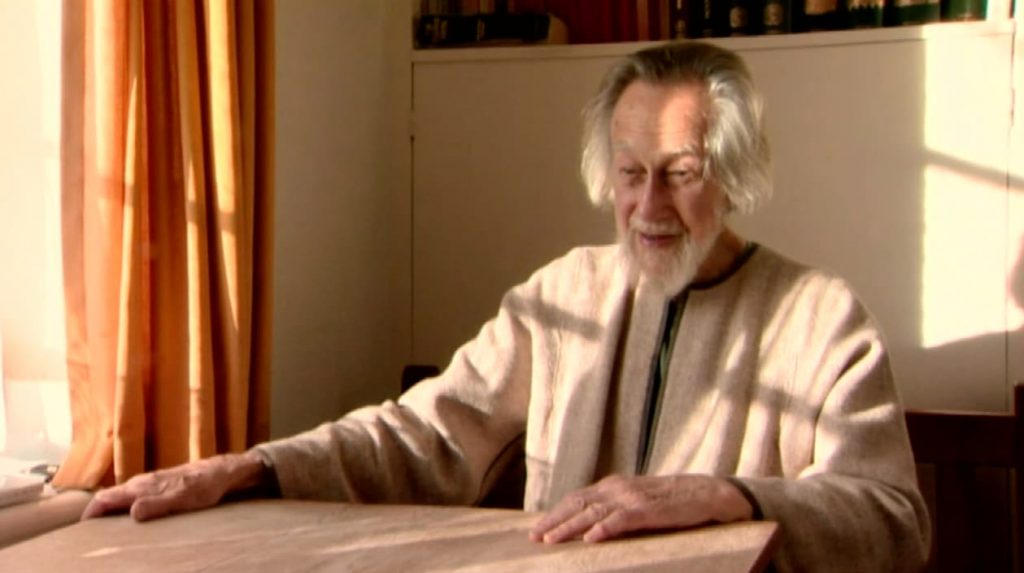 Teaching at the University of Cairo, which was called the University of Fuad I at the time, he saw a group of people from the university go on Hajj every year. Joining them in 1948 with his wife, they went by train to the port and then by boat down the Red Sea to Jeddah, which took four days. At that time the Kiswah cloth, which is made to cover the Ka’aba each year, was woven in Egypt, a tradition from the Middle Ages, and the boat they were travelling on was also carrying the Kiswah. 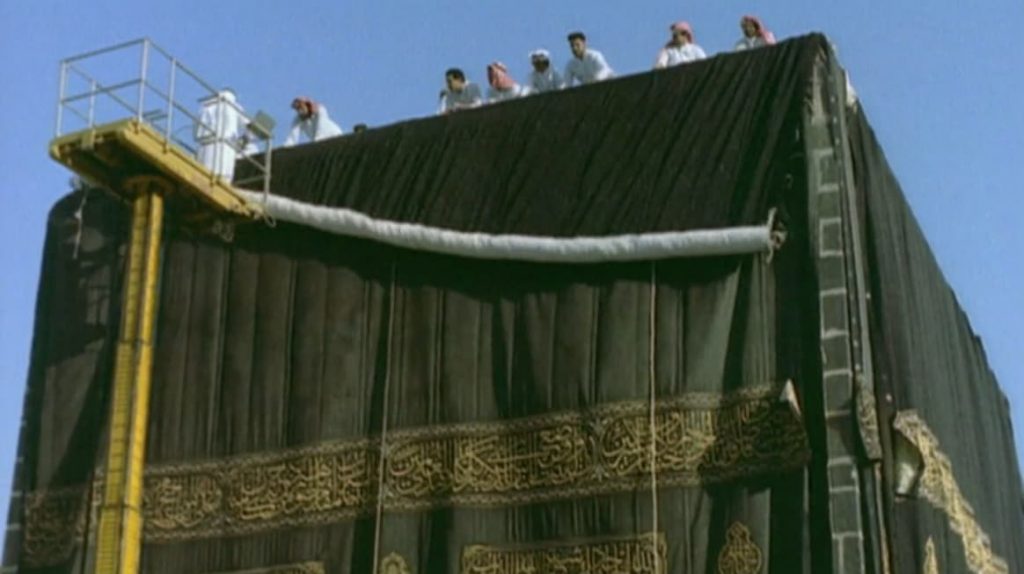 They entered iḥrām while on the boat. Lings describes how he was deeply affected by the change he saw come over the pilgrims at this point: “It was exceedingly impressive after that day how people were changed. Everybody’s life was changed. You see there are certain rules for the pilgrimage. You not only have to wear a special dress but there are also other rules which are not absolute … you’re allowed to speak, but you’re not allowed to hold long conversations, and above all you have to avoid speaking angrily to anybody. You have to think of spiritual things… you have to think of death.” 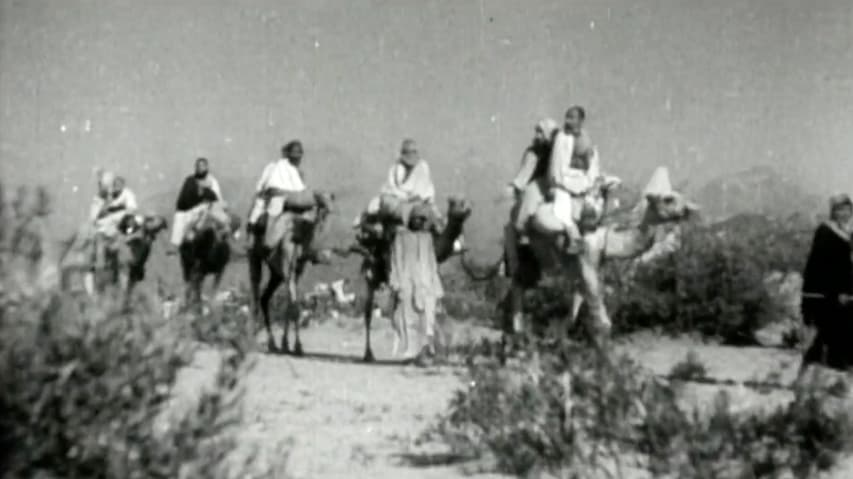 As English people Martin Lings and his wife were asked to prove they were really Muslims. Although they had certificates saying they were, as they had both embraced Islam ten years previously, they had to wait in Jeddah until they were questioned to see whether they really were Muslims and were then  allowed to go. The party of Egyptians they were with had to wait with them until this was done.

They arrived in Mecca at two o’clock in the morning:
“The experience of going to the Kaʿba in the middle of the night … was of course very, very different from what it is today. At night we couldn’t see very clearly what we could see in the day, but we made the ṭawāf around the Kaʿba.” Lings explains that it was the first year that there was electricity in Saudi Arabia and it was only in use in Mecca and Medina. “Outside there was practically no electricity at all… at that time the haram was surrounded by a low wall with nineteen gates in it and from every direction when you approached you could plainly see the Kaʿba – and the wall was low out of respect for that Kaʿba.” 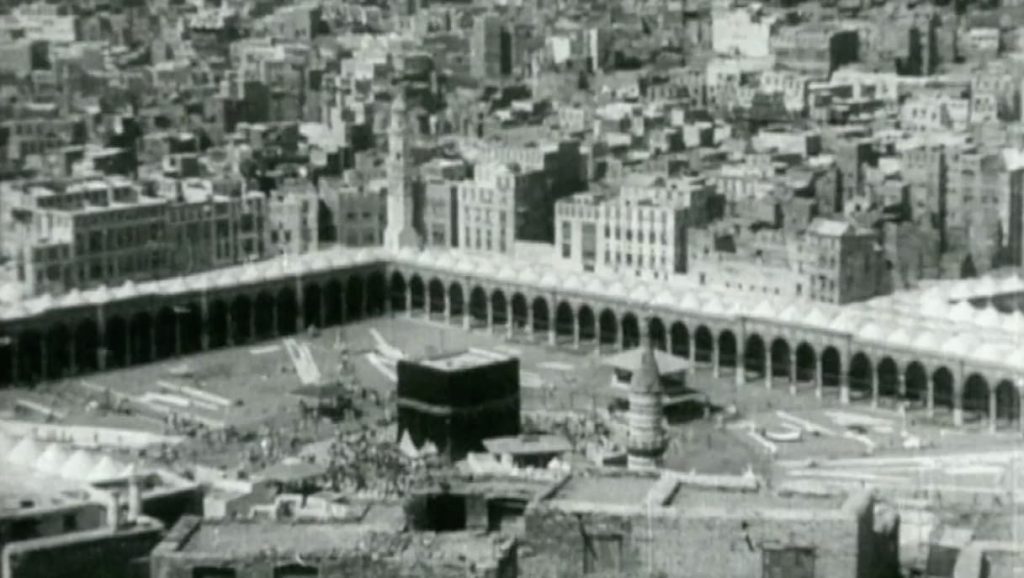 Lings’ compelling narrative is interspersed with incredible black and white archive footage of Hajj from the early twentieth century before modernity had substantially changed the age-old way pilgrims had travelled to Mecca. There are early buses loaded with baggage, driving down unpaved roads next to pilgrims making their way on foot, and we also see pilgrims on boats and camels. 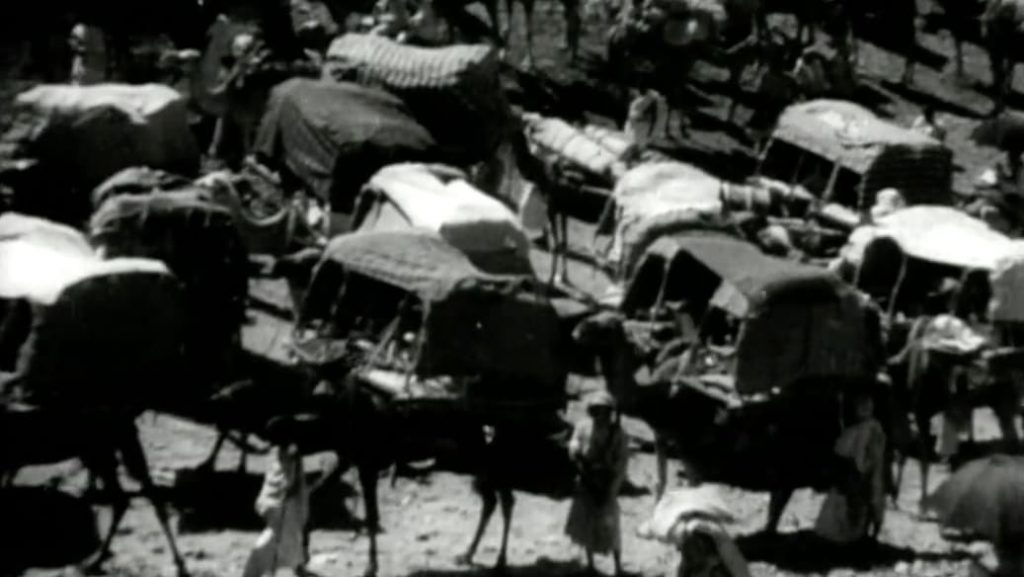 Discussing Quranic verse 3:96, {Lo! the first Sanctuary appointed for mankind was that at Bakka, a blessed place, a guidance to the peoples…}, Lings points out that the word Bakka also appears in the Psalms. “What is not generally known is that Mecca is mentioned in the Psalms, in the Old Testament, it was called in those days Bakka, that change from b to m is linguistically not an uncommon change … I don’t think most people know what that means.”

In his 1948 pilgrimage Lings explains that the sanctuary of the Kaʿba looked quite different. To make the Saʿī, that is, the passage seven times between Ṣafā and Marwa, the pilgrims went out of a gate into the desert where they walked in a sand track between the hills. King Abd al-Aziz was on the pilgrimage at the time of Lings’ first Hajj. “It was remarkable to see his tent right near to our tent with guards with long hair and beards, in their pilgrims’ dress, with drawn swords standing on duty outside the King’s tent.” 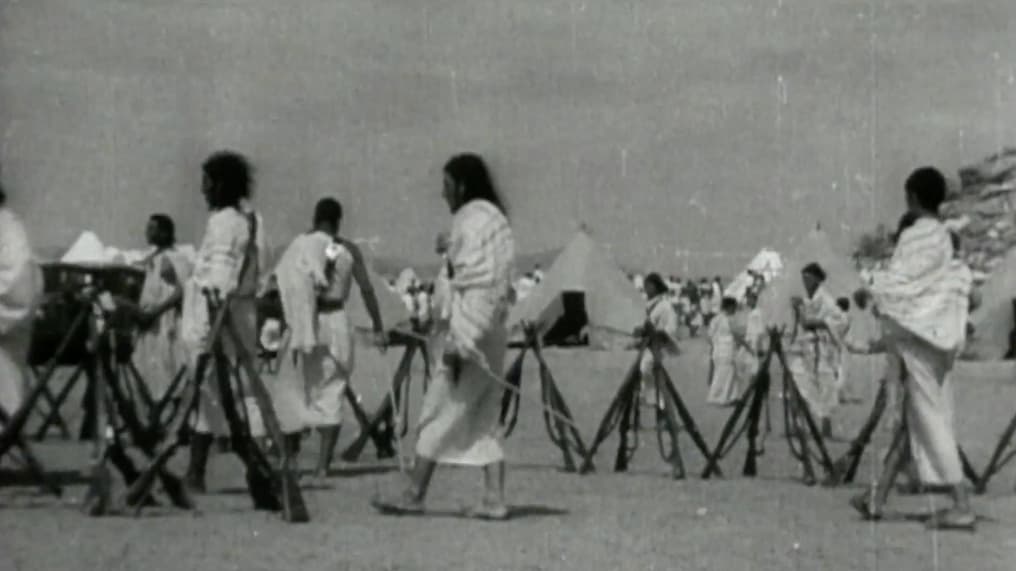 Lings describes how things have changed since his first Hajj, pointing out that despite the huge physical changes to the sanctuary over the last few decades the baraka remains as strong as ever. “It’s true that it was wonderful to sit in the ḥaram in 1948 surrounded just by the hills. One could see the Kaʿba from every direction when one approached it on foot. Now of course one’s first sight of the Kaʿba is when one enters the mosque. From outside one can see nothing.” 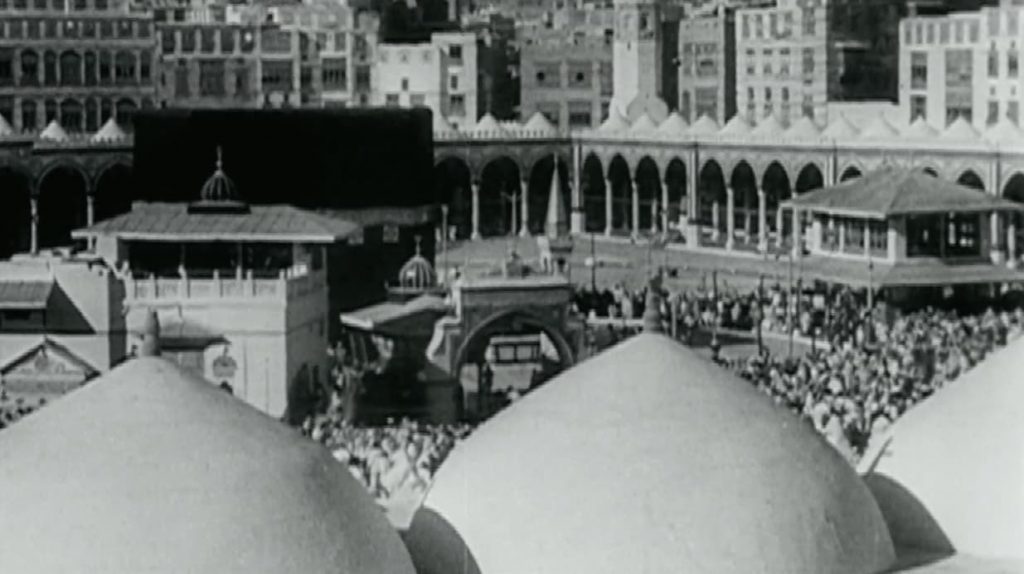 You may also enjoy Alchemiya’s special collection of films and documentaries about Mecca, Madina and the Hajj.