In 2022 there is little doubt that Muslims can be fashionable, with modest fashion appearing in glossy magazines, advertising for luxury brands and on the catwalks, but just a little over a decade ago Muslim fashion designers were still struggling to change perceptions of how Muslim women could dress. The documentaries Fashioning Faith and Fashionably Modest examine the sea change in modest fashion that has taken place.

Today it is hard to ignore the modest fashion industry, which is valued at $277 billion. Muslim fashion has earned its own very significant corner of social media platforms like Instagram, with posts with hashtags such as #modestfashion garnering thousands of likes, and step-by-step hijab tutorials on YouTube ever popular.

Just a generation ago things looked very different, with little available for those who wanted to cover and still look stylish. From convincing stores that modest fashion was a market worth serving to changing the perception that those who wore hijab were necessarily nun-like and dowdy, the 2009 documentary Fashioning Faith shows the journey of pioneering Muslim modest fashion designers to make a difference. 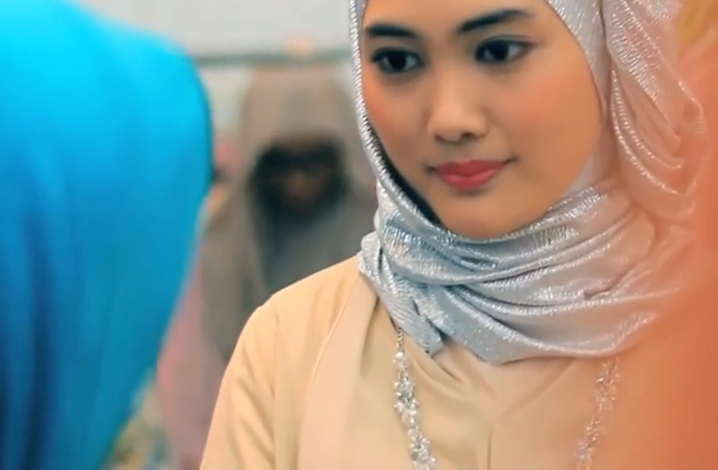 Set in New York City, Fashioning Faith interviews evening-wear fashion designer Nzinga Knight, who says that when she first told people she was moving into fashion she was asked “how are you going to be a fashion designer if you can’t design miniskirts?” At an event introducing her latest collection, she comments that Muslim women are often unable to find clothes that work for them, especially when it comes to evening-wear. “You just can’t find anything out there because it wasn’t designed for you, it doesn’t have sleeves, it’s backless, it shows cleavage.” She’s complimented on her designs by people attending, who note that her dresses are respectful and don’t objectify women. While things have come a long way since Nzinga’s tentative steps to provide Muslim women with covering evening-wear alternatives, in a society that sees being uncovered as a sign of freedom, it still goes against the tide to point out that actually modesty can be liberating. 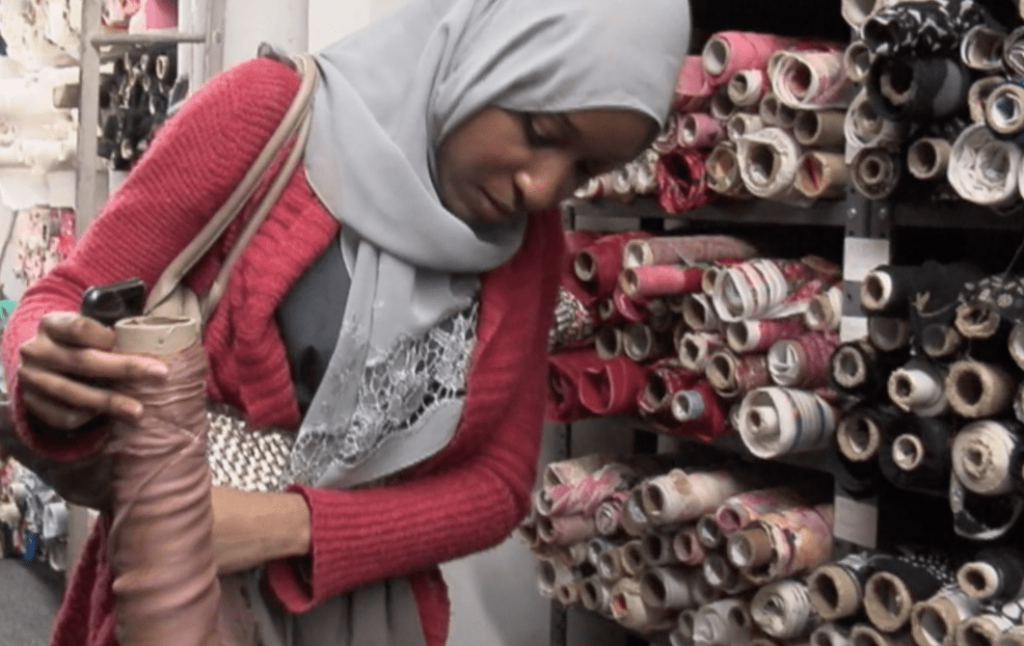 Jenneh Williams of Al-Mujalbaba Clothing shows us new jilbab designs in the documentary. “Recently we started developing our own line of urban type garments. We call this “Our sisters in the hood”- this is our urban style. It appeals mostly to the younger sisters.” Jenneh explains that people make many assumptions when they see her in a hijab, from thinking she’s a foreigner to assuming she’s being coerced to cover. “Sometimes people approach me and they’re talking in baby talk and I’m wondering why are they talking to me like that?… “People ask ‘aren’t you hot?’”

Meanwhile Sabrina Enayattulla found that when she started wearing hijab it gave her a great sense of solidarity and belonging. Describing the experience of starting to wear hijab she says, “All of a sudden you feel this identity that so many people share. From every walk of life, every socio-economic status, every skin colour, and Islam is a very colourful religion! … all of a sudden you feel like this one thing is this common bond between women of every single age and walk of life.”

Changing the Perception that Covering is Drab

Brooke Samad of Marabo designs discusses the impetus to change the perception of what wearing hijab and being modest looks like. Describing her clientele, she says that they want to retain their feeling of being stylish and young and do not want to feel dowdy and that they are dressing like a grandmother. “They’re looking for something so they can just continue being them. They might have changed their perspective on the religious aspect and the way they want to dress in terms of the level of modesty, but at the end of the day you are who you are and you don’t really change on the inside that much.” At a pivotal moment when being unapologetically modest and stylish was gaining momentum she comments “Muslim women are buying prints – they’re buying colours, they’re buying things that are very bold and things that the average person wouldn’t think that a Muslim woman would be interested in wearing – they just think of black and dull and dark colours.”

At the time the documentary Fashioning Faith was made, just thirteen years ago, it was still a struggle to get companies to recognise the importance of the modest fashion market. Samantha Bhatty, the director of a New York sales showroom, describes the negative reaction of shops to the idea of modest fashion. “Right now at this point they only care about the fashionable woman and if she happens to be modest that’s a great thing …. At first we were really excited about the modest woman and I wanted to really push that aspect of it.”

Fashioning Faith is a fascinating look at the beginnings of modest fashion, documenting the courageous, trailblazing efforts of designers like Nzinga Knight to turn the tide and challenge societal norms, transforming entrenched negative and restrictive images of the Muslim woman to normalise being both modest and stylish at once.

Can Hijab be Immodest?

Another documentary, Fashionably Modest, directed by Nushmia Khan, asks difficult questions about hijab and the fashion industry, and examines whether modest fashion is actually an oxymoron. The documentary points out that not everyone is on board with what the Muslim fashion scene is becoming. “Some Muslims see a flashy, high fashion hijab as missing the point. Can hijab be immodest?… Are Muslims feeding into a culture that glorifies narcissism through social media? Does all this defeat the purpose of wearing hijab and modesty?” These are essential questions in relation to hijab and fashion, and are explored through interviewing various Muslim women in the modest fashion industry. 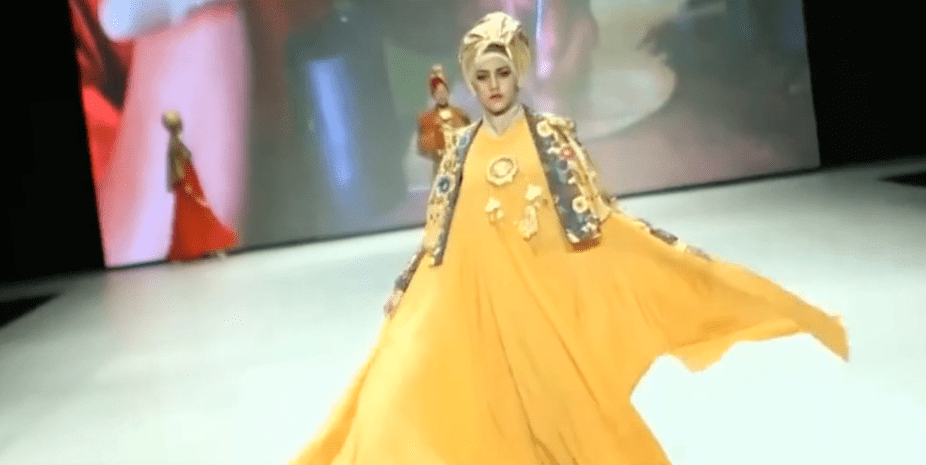 As the most visible representatives of Islam, those wearing hijab are often expected to represent the entire religion, both by Muslims and non-Muslims. Fashionably Modest asks whether this is fair, examining judgemental attitudes about hijab within the Muslim community, while also considering how dressing stylishly and modestly can give a good impression of Muslims. Ndaa Hassan, Hijab Designer of Echarpe a la Mode comments “When you wear hijab, you are constantly in a position that you have to look good every day… I think if you are well dressed that is dawa in itself.”
The documentary also considers the importance of role models, asking whether Muslim fashionistas are good role models or whether they are simply a less bad alternative, and interviewing influencer Dina Tokia, who was later to cause great controversy by deciding not to wear hijab all the time, and was accused of influencing young Muslim girls in a negative way.

Modest fashion has come a long way, whether you think it is a great move forward for Muslim women and for the image of Islam, or that it detracts from the true meaning of modesty, it seems here to stay.
Mother and teacher Nadia Pardesi says “For my daughter, I want her to look at me and I want her to look at other muhajjabahs and think “they’re cool, and I want to be like them. I like that they are someone who dresses nicely and still wears hijab.”