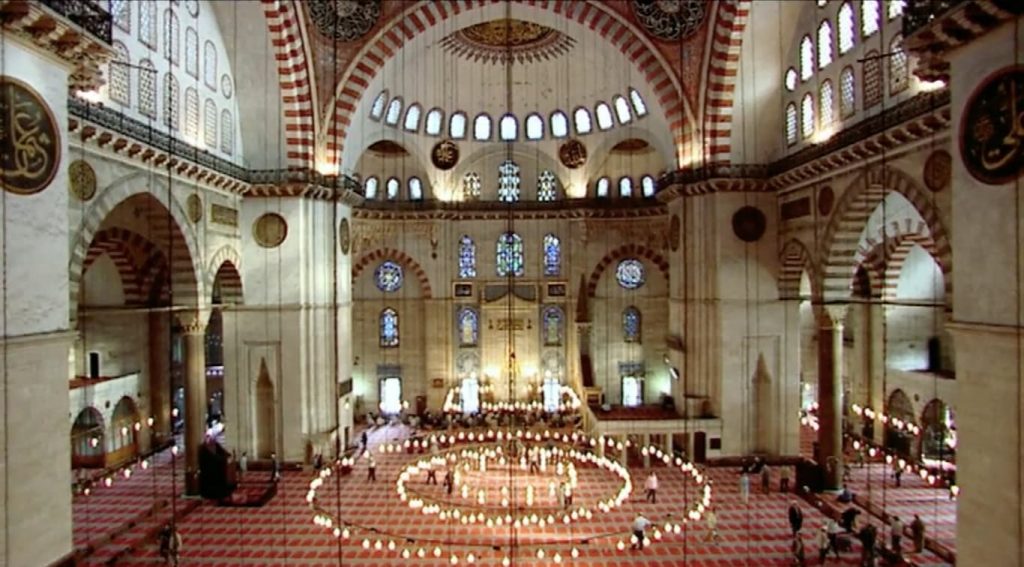 Sinan is known for his spectacular architectural style that to this day defines the skyline of Istanbul, with its monumental domes and minarets. Sinan, A Divine Architect tells the story of his rise from a janissary to his many years as chief architect of the Ottoman Empire and explores the magnificent buildings he designed. 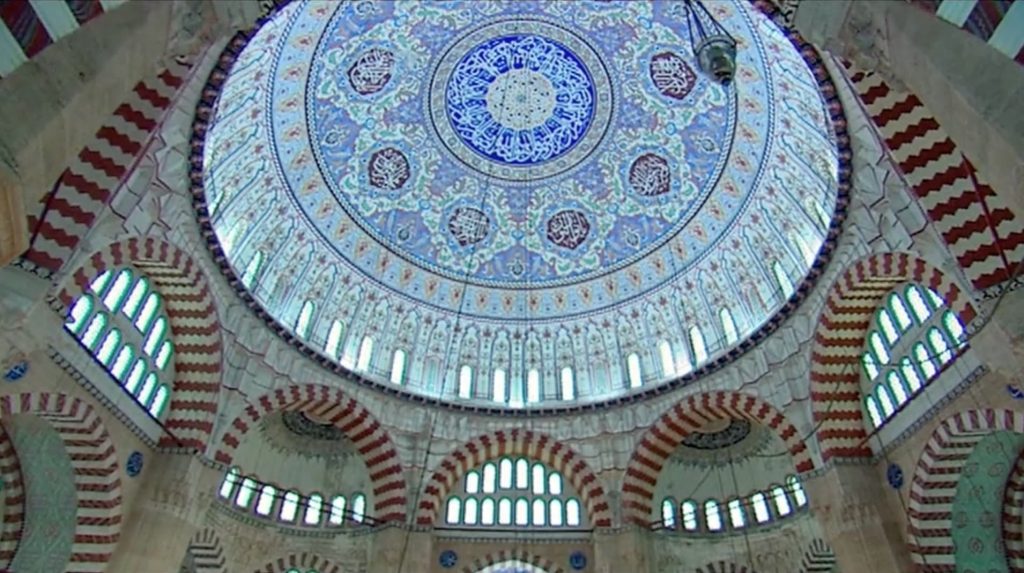 At the height of the Ottoman’s power, the chief imperial architect was the master builder Sinan (1490 – 1588), who headed a large team of apprentices, architects and master builders. Incorporating domes, minarets, stained glass windows and iznik tiles, Sinan created architectural masterpieces of space and light in which to live and worship. Sinan, A Divine Architect explores the interior and exterior of these amazing buildings, with stunning aerial views of Istanbul highlighting the architectural marvels of its skyline against the azure waters of the coast. 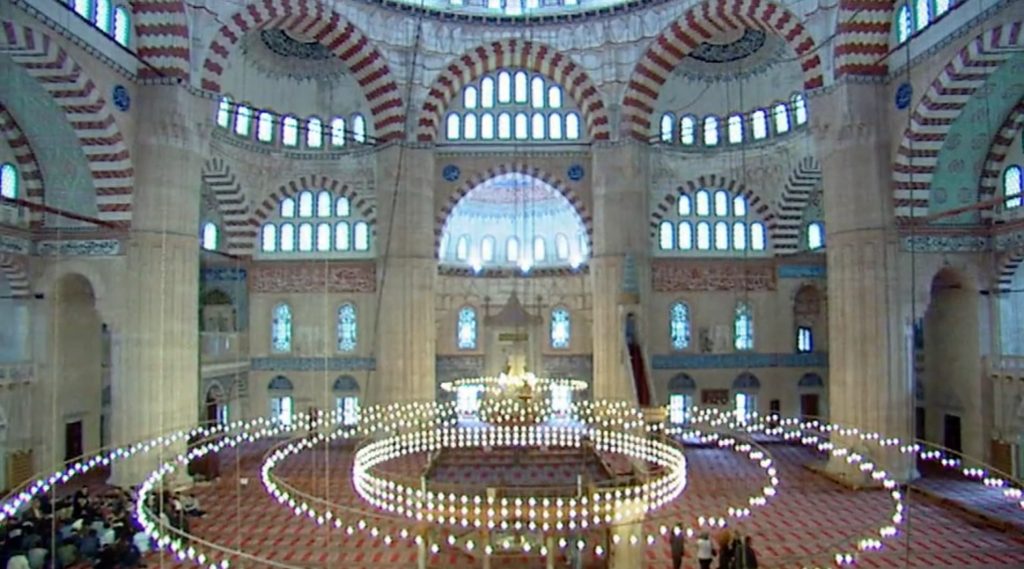 Sinan was chief architect during the reigns of three sultans – for a total of around fifty years. From a Greek background, he began his career as a janissary and rose through the ranks to become chief architect as his skill and mastery were recognised. Travelling widely on campaigns as a janissary he was able to draw inspiration from distinct architectural styles of far-flung lands. He was thus able to bring different architectural elements and ideas together in his own distinctive and unprecedented style. 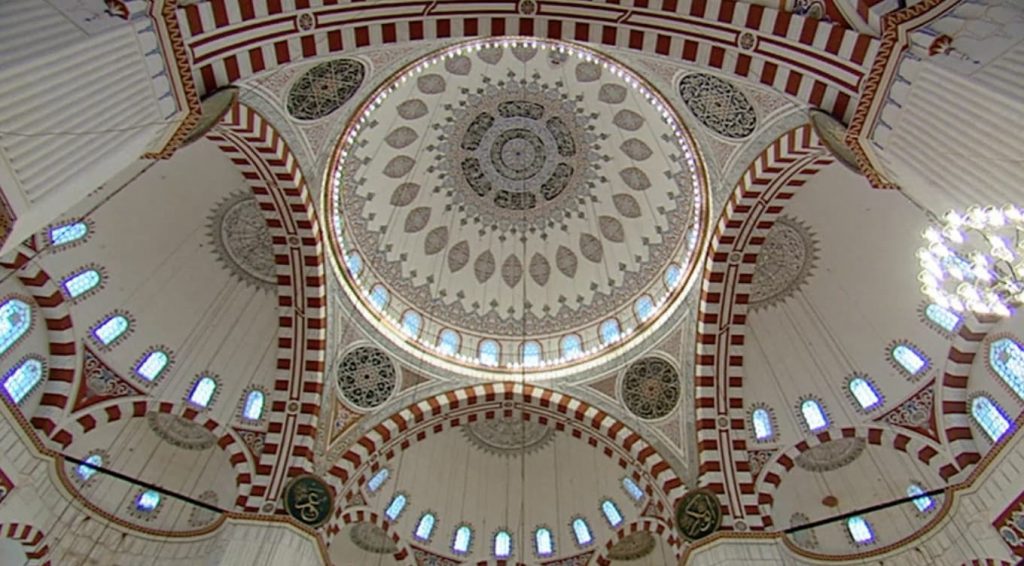 Sinan did not only build mosques, but also bridges, bath houses and aqueducts. The extent of his prolific life’s work and influence can be gleaned from his autobiography, written in his old age: “This servant of the ruler of the age and of the viziers and grandees designed and built noble Friday mosques in eighty places. More than four hundred exalted mosques, Quran schools in sixty places, thirty-two palaces, nineteen tombs, seventeen hospices, three hospitals, and bridges were built in seven places, aqueducts in fifteen places, six warehouses, nineteen caravanserais…” 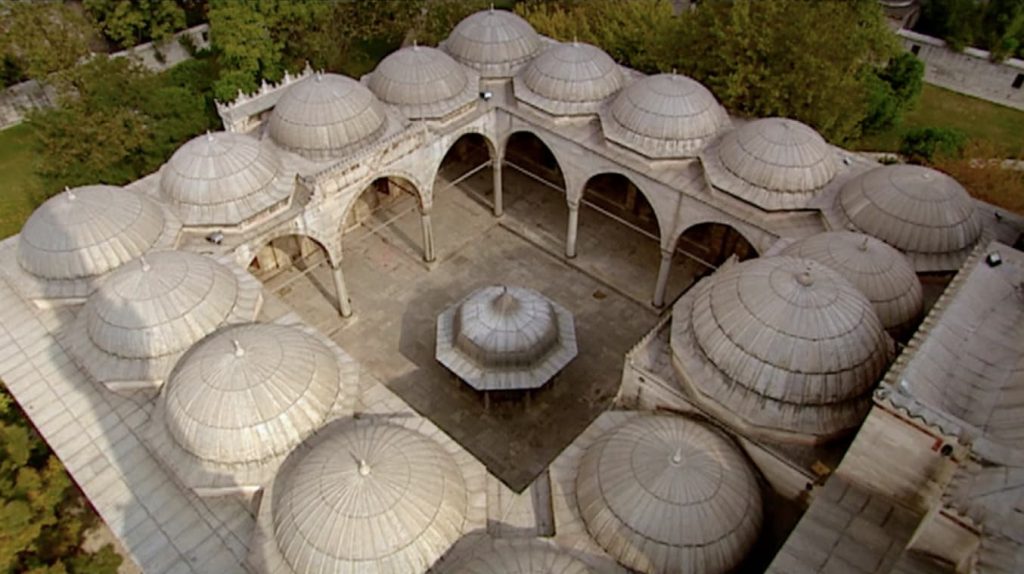 Many dignitaries also asked Sinan to build mosques for them. However, the mosques of the sultan’s subjects were only allowed to have one minaret and had to have smaller domes and be in less prominent locations than those of the imperial family. Some of Sinan’s smaller mosques are nevertheless architectural gems, with more attention paid to decoration to make up for their less magnificent structures. 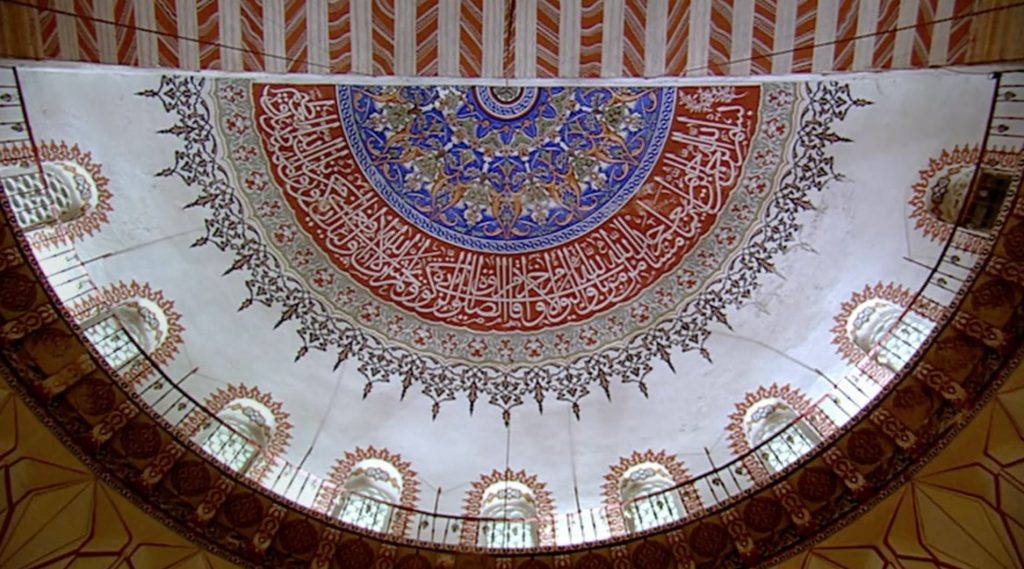 His designs included many interesting details. A tour guide in the documentary points out letter box shaped openings that can be seen on the wall, which created a distinct circulation pattern in the mosque so that smoke from the oil lamps would not make everything dirty. Instead it all went straight up into a room called the ink room. Here the residue was collected and used by the ink industry to make ink. 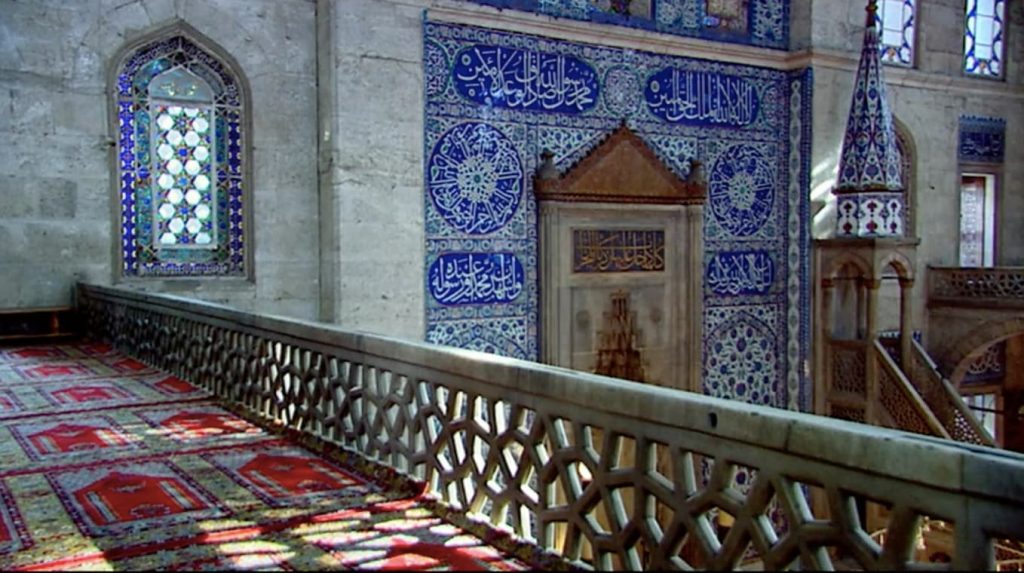 Over his long lifetime Sinan’s architectural style matured, and he produced his greatest masterpieces in his old age after many years of practicing his art. Sinan’s most important buildings are the three imperial Friday mosques. Şehzade Mosque, completed during his apprenticeship stage in memory of Suleiman the Magnificent’s son Şehzade Mehmed, who died at the age of twenty-two, the Süleymaniye Mosque, completed when he was seventy, and the Selimiye Mosque in Edirne, which demonstrated the peak of his architectural mastery, with a huge dome with a diameter exceeding 31 metres. Sinan, A Divine Architect showcases the simple magnificence and splendour of the buildings he built and underlines his important and unparalleled contribution to the history of architecture in the Muslim world. 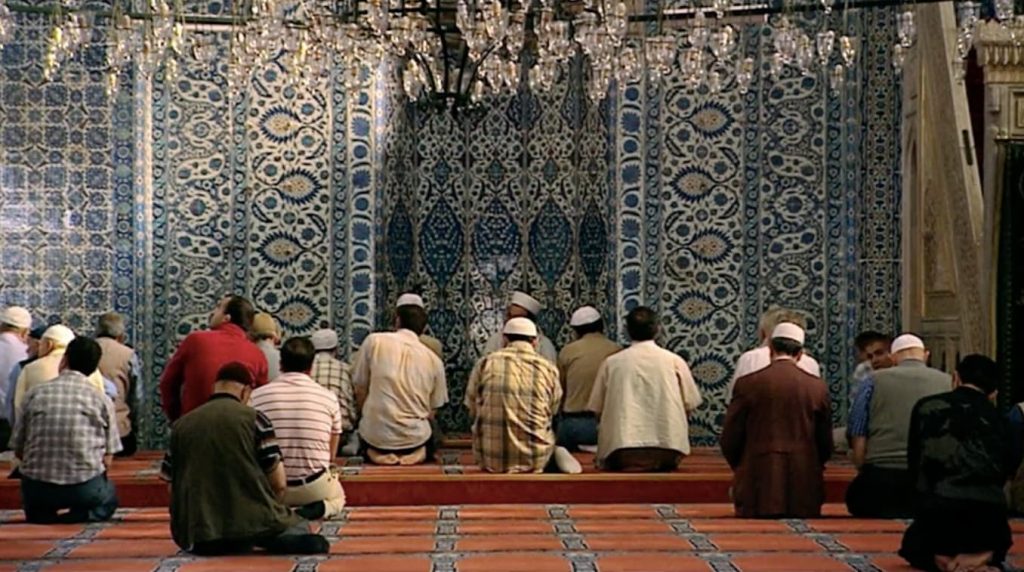 For more on Turkey’s architectural heritage check Alchemiya’s Treasures of Turkey collection. For a travel guide series around Istanbul try Inside Istanbul, or for a lyrical walk through the musical heritage of Istanbul watch Breath of the Beloved.

And for more films and documentaries on Islamic art and architecture have a look at Alchemiya’s Art, Creativity and Culture collection.