Somalinimo: Gifted, Somali… and at Cambridge

Writer Awa Farah and filmmaker Alice Aedy talk about the making of Somalinimo, in a Guardian interview about their film, which explores the experience of being Black, Muslim, Somali women at Cambridge.

Against the backdrop of the Black Lives Matter movement, and with elite universities under attack for their poor diversity records, Somalinimo celebrates the experiences of four Cambridge University students as they seek positive change and find solidarity with each other in what could otherwise be an isolating and intimidating environment.

Somalinimo is also a love-letter to Somali culture: with a distinctive visual approach, it takes us inside one of the most traditional institutions in the UK as well as a British-Somali home, while inspiring a new generation to navigate their way between the two. 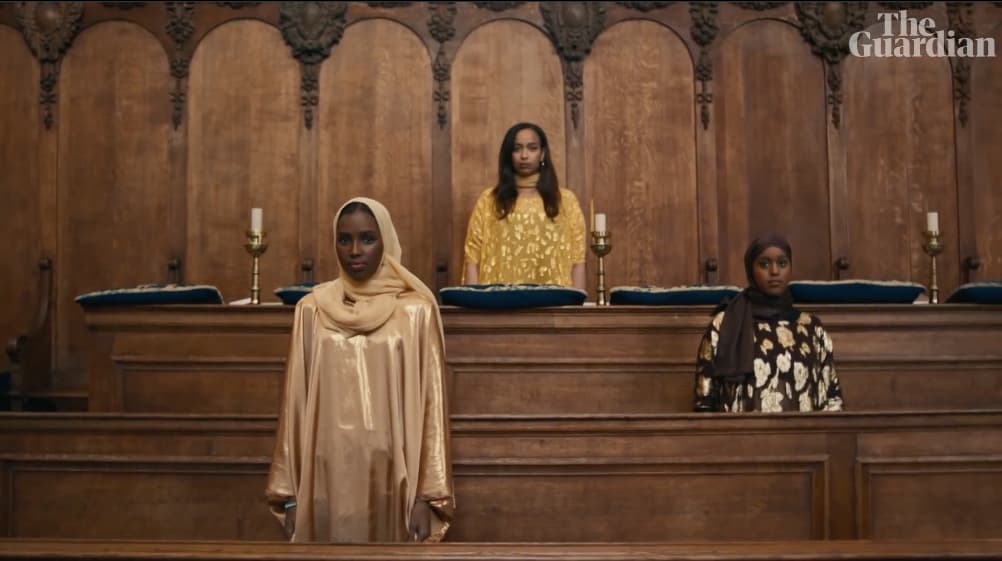 Why did you decide to make this film together?

Awa: In 2018, I was researching the Somali diaspora in the UK. I was becoming increasingly tired of the monolithic, stereotypical depiction of Somalis in both literature and film. I came across Alice’s photography work on Somali women and found it beautifully refreshing.

Alice: Awa told me about her time at Cambridge studying an MPhil in African Studies, a place that was not made for people “like her”, but where she carved out a powerful sense of home through the Somali women she met there. We wanted to share that story.

Awa and I hoped to make a visually cinematic short film together, exploring what it means to live with the triple consciousness of being part of three marginalised groups – Black, female and Muslim – at one of the UK’s most traditional institutions, Cambridge University.

And although Awa, Miske, Hafsa and Samiya’s experiences are unique, the power of their stories lie in their universality. Identity, nationality, race, gender – these are all pressing and timely themes which Somalinimo touches on. We hoped to make a film that unapologetically showcases love for Somalia’s colourful traditions and traditional dress, Blackness and Islam.

When making a film about a community that is not your own, there is a particular responsibility to do so with respect and care to everyone involved and how they are represented. As a white director it was important to me to work closely with Awa, the producer and protagonist of the film, at every stage of the film production to ensure it was a true collaboration. Equally important was having strong representation of women and POC behind the camera. 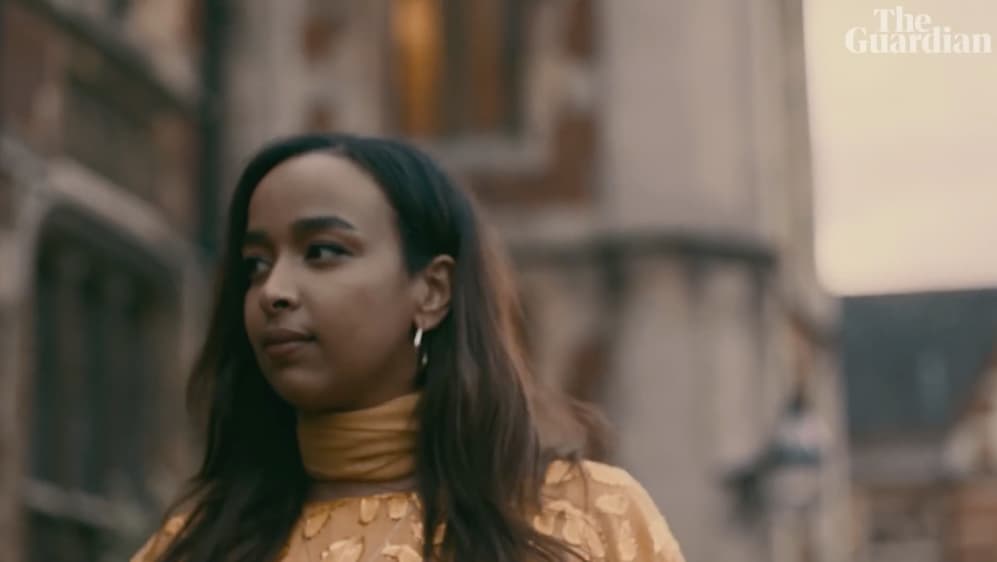 What was your creative vision for this film and how did you go about achieving it?

Awa: What we initially thought would be a story about Somali women and their experiences at Cambridge became more like a love letter to our Somali heritage. After the interviews, we knew that telling a story that portrayed the richness and colour of Somali culture was just as important as the Cambridge aspect. We began thinking about how we could then visually merge these two worlds with the clothing, set design, architecture, and music, and it all just fell together quite naturally.

Alice: Awa spoke powerfully about the way the physical spaces of Cambridge made her feel. It became important to represent those spaces visually; the spaces that could make the women feel isolated, like the dining hall; empowered, like the mosque; a sense of home, like the Somali living room set design. Awa and I wanted all four women to walk through Cambridge in their “diraacs” – traditional Somali dress – as a powerful celebration of their Somali heritage. 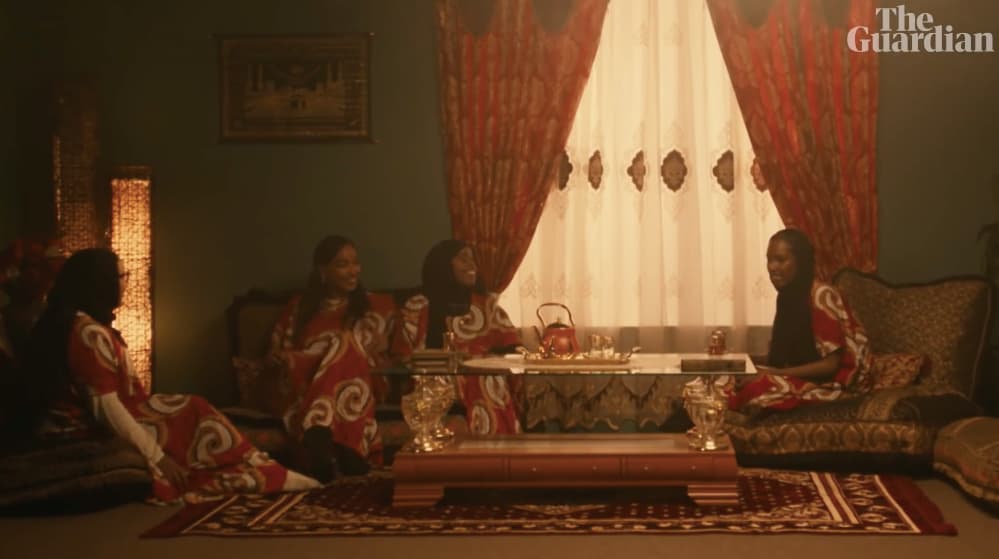 What inspired you? Are there other films/anything that informed your approach to this project, or that you looked to for inspiration?

Awa: Growing up with six sisters, I felt like I had space where I could have honest conversations about everything. I think that so much about the film is about a way of trying to make a home from home. The theme of sisterhood and a sense of comfort is present throughout. In Cambridge, among Black, Muslim, and female communities, I was able to share my experiences. This was a constant source of inspiration for Somalinimo. I was also always in awe of the access work carried out by the fantastic student organisers behind the scenes.

We built the set design of a traditional Somali home to evoke the powerful sense of nostalgia, and of Somalia (the way the girls’ parents might have spoken about it). The Somali living room visually depicted a sense of belonging – a comfort zone – in contrast to the spaces in Cambridge that could sometimes be isolating.

I was interested by how this set design would shape the conversations had between the girls within the space, and their ability to reflect on memory and family. 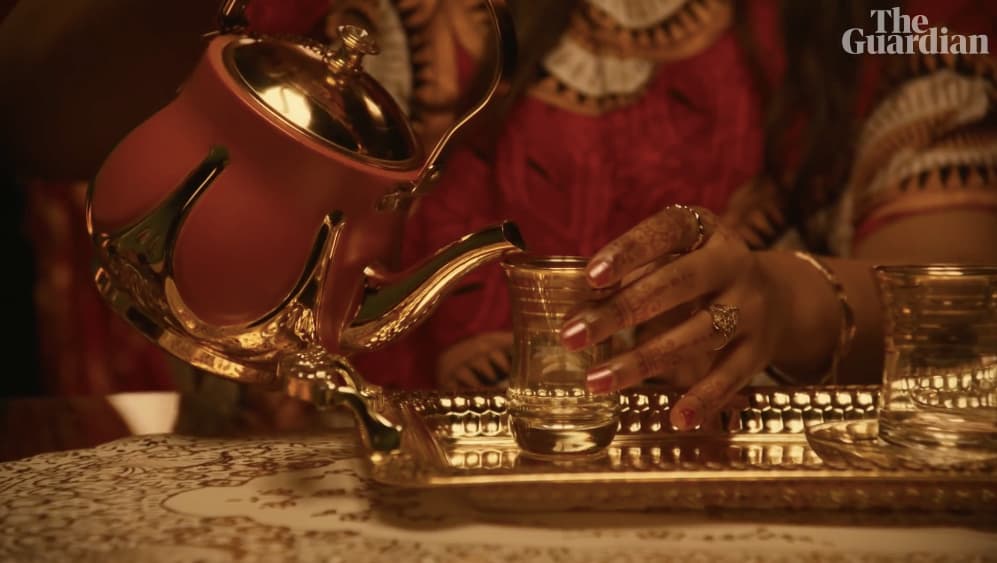 How do you think this film resonates with the Black Lives Matter movement as well as elitism around university admissions?

Awa: Since starting to make this film, times have changed a lot. People are no longer waiting around for positive change but are demanding it. There has been a massive drive to get more Black students and those from state schools into Cambridge! But getting students through the door will not be enough on its own. Segments of the film address the explicit and implicit ways elite institutions can feel alienating to Black students even beyond the admission stage. Proactive steps need to be taken to engage seriously with the systematic and structural nature of racism for students from all backgrounds to thrive once they enter elite, predominantly white, spaces.

Alice: Since we made Somalinimo, the world has changed beyond recognition. The extraordinary Black Lives Matter movement has served as a poignant reminder of how far we have to go in the fight for equal representation and treatment of Black people in Britain. As storytellers we must play a role in challenging dominant narratives and stereotypes. We must tell positive stories that celebrate Black talent and experience.

It’s no secret that elite universities, including Cambridge University, have extremely poor diversity records. The Black Lives Matter movement only served to highlight this urgent issue. I have been inspired by groups like the Black Curriculum, an initiative teaching Black history to 8-16 year olds, and other important campaigns to decolonise the British curriculum at schools and universities across the country.

I never set out to make an indictment of Cambridge University, rather a celebration of these four women. However, I do want the audience to finish watching the film with a profound sense that every university is doing itself – and its students – a disservice by having such poor diversity records. 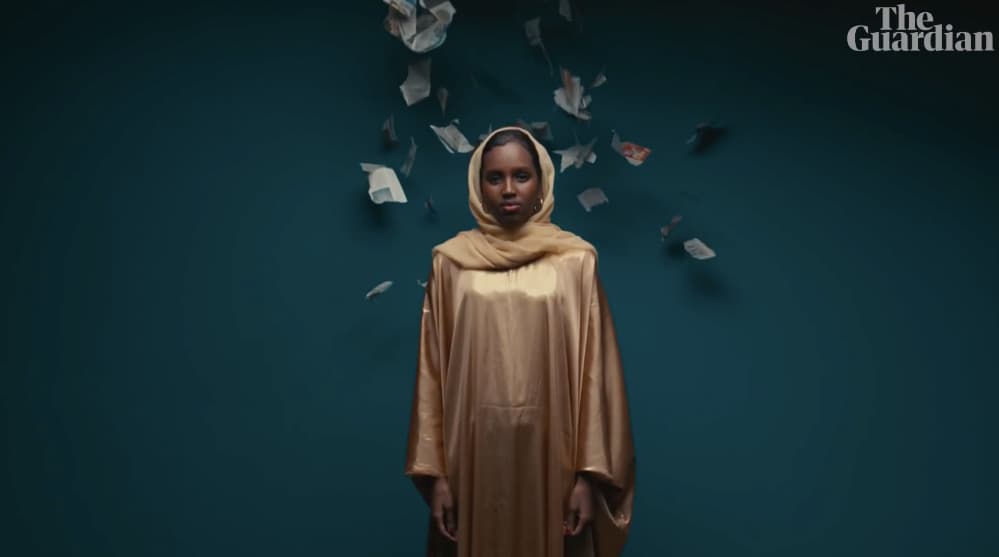 What effect do you hope this film will have on the viewer?

Alice: I want this film to inspire young women. You can’t be what you can’t see. We want them to recognise themselves in Awa, Samiya, Hafsa and Miske, powerful women creating a legacy for future generations.

I hope the film leaves people feeling hopeful. Whoever you are – there is space for Black, Muslim students at elite universities and the viewers of this film can have an important role in carving out those spaces.

For a long time, Somali communities have been underestimated and underrepresented in the film industry. Somalinimo’s overarching theme of identity and home represents a new generation of representation of Somalis in film.

Awa: Primarily, I hope that young Black, Muslim students from state schools thinking of applying to Oxbridge can watch this film and feel that, despite all the barriers, you still have every right to make it your home and bring yourself fully. 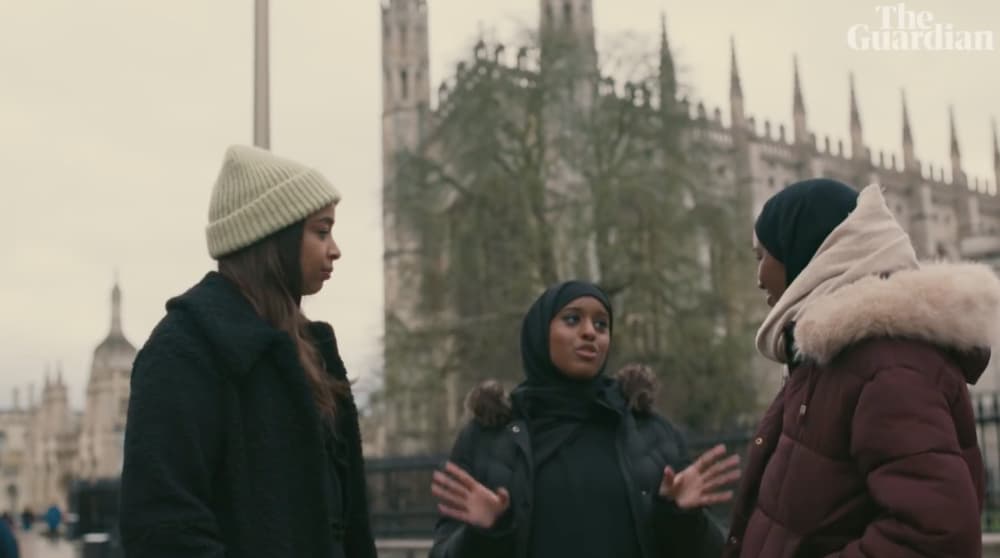