The Tentmakers of Cairo – survival of a stunning ancient art 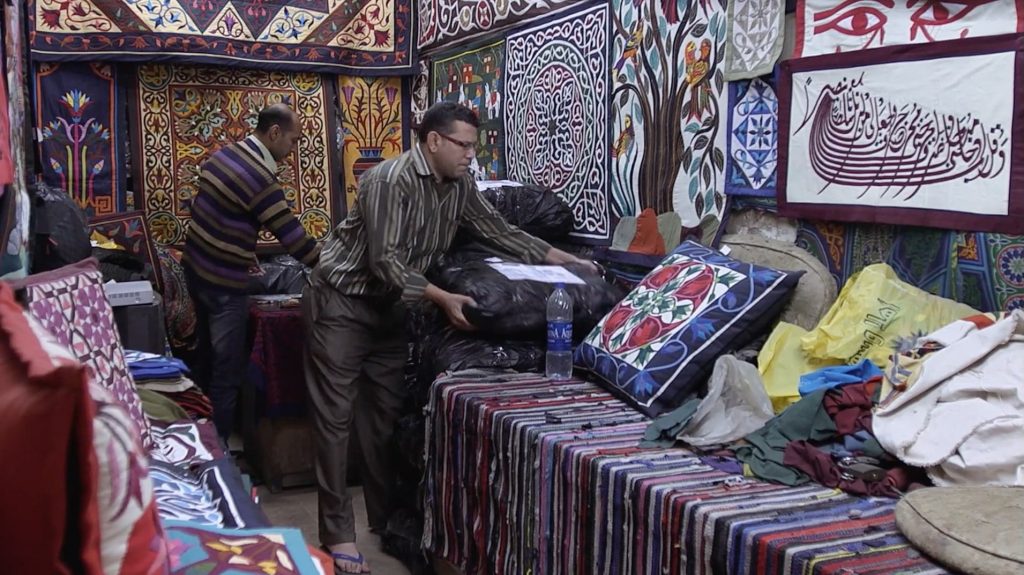 The Tentmakers of Cairo is an award-winning feature-length documentary about the lives and work of skilled artisans in the Khayamiya Tentmakers’ market in the wake of the 2011 Egyptian revolution. Turn on the English subtitles and enjoy a full immersion in an age-old Cairene souq at a unique and tumultuous moment in modern history. 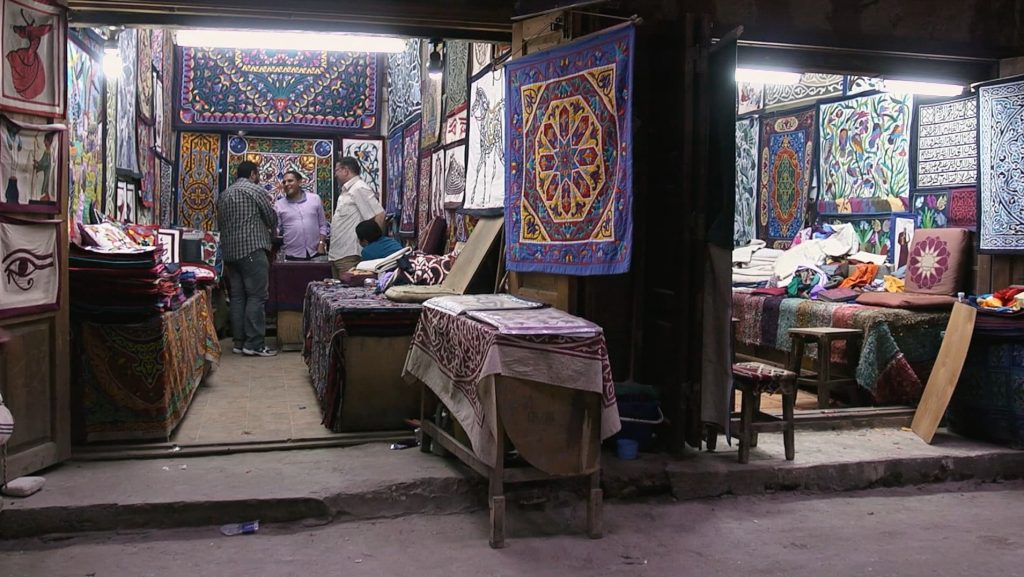 The word Khayamiya comes from the Arabic word for tent: khayma, as these appliquéd panels were originally used to decorate and line the walls of tents. Astonishingly intricate designs featuring geometric, arabesque and calligraphic motifs grace the walls of the Tentmakers’ shops, and as one of the shopkeepers says “This isn’t just sewing. It’s art.” The documentary shows these master craftsmen carrying out their precise and speedy needlework at home and in the souq, and passing a tradition of excellence and fine workmanship on to their children. In the wake of the 25 January revolution in 2011, tourism and the economy suffer affecting business negatively, and the tentmakers’ shops with their decorative wall hangings become the arenas of heated political debates. 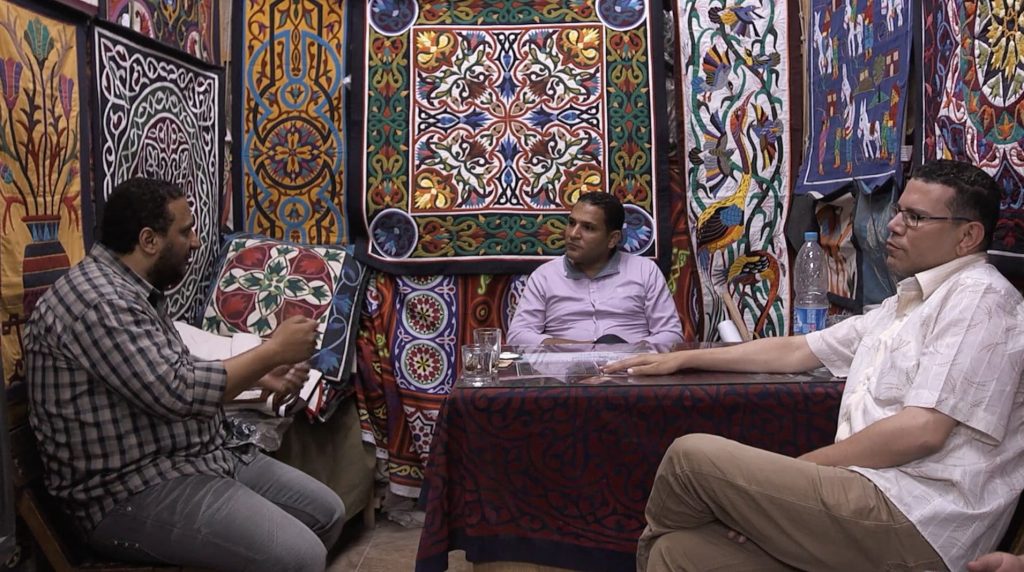 Living through the Egyptian revolution

The documentary takes us to the heart of old Cairo as its inhabitants learn about and react to events as they happen following the revolution. We see the Tentmakers learn about curfews, take part in protests, discuss elections and who to vote for, and go through post-revolution disillusionment, as they struggle with its economic and political fallout. Political events are tracked as the Tentmakers hear about them through radio, television, social media and newspaper articles with heated discussions often ensuing. We see them discussing the election between Morsi and Shafik, described on the radio as “the first free and fair election that Egypt has seen in centuries. It is our first presidential election after the revolution.” And this same election later described on television as “the election of oil and sugar, of Heaven and Hell, of vote-buying and coercion.” 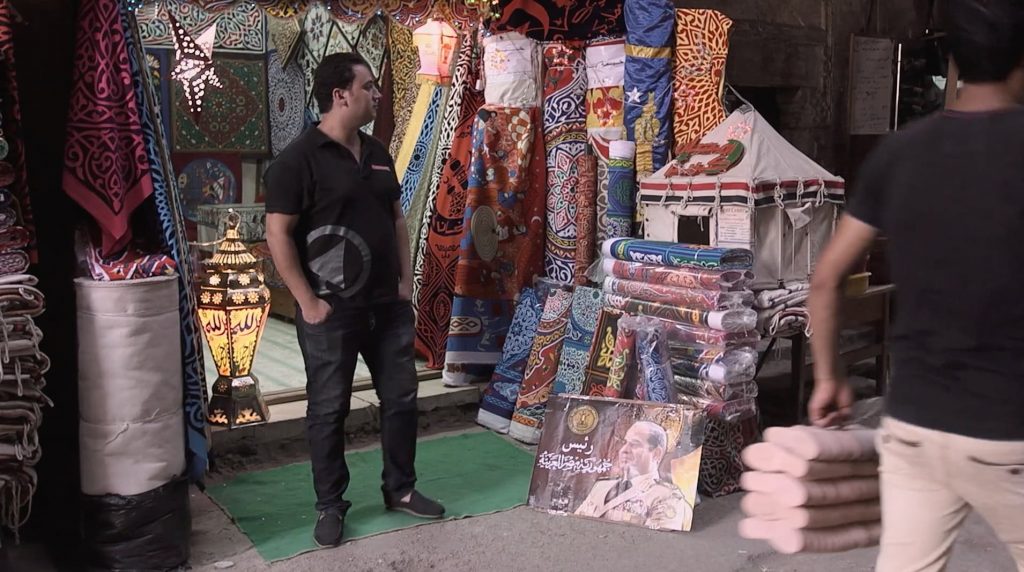 We attend a protest in Tahrir Square on June 30 2013, to a background chorus of beeping horns, fireworks, and helicopters overhead, as protestors waving flags chant “We’re waiting for you, Sisi.” We witness political songs on the television and radio as the Tentmakers work on their masterpieces or spend time in their shops: “For Egypt they promise to live or die, and in return they have no demands. God bless the hands of my nation’s army. Who’s that mother, crying, happy, tears welling up in floods of pride. Who else but an Egyptian mother forever proud of her son who died”. 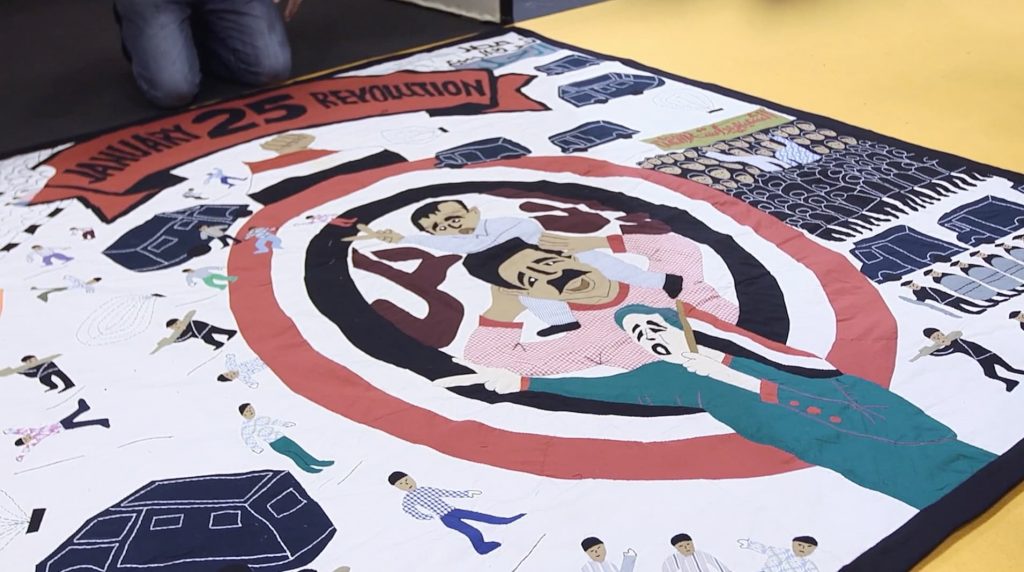 The documentary, filmed and directed by Kim Beamish, was a 2015 winner of the Margaret Mead Filmmaker Award for Best Film, and is a fascinating look both at the striking artistic tradition of the Tentmakers, and at post-revolution political unrest and economic repercussions on the ground on Cairo’s streets as events unfold. 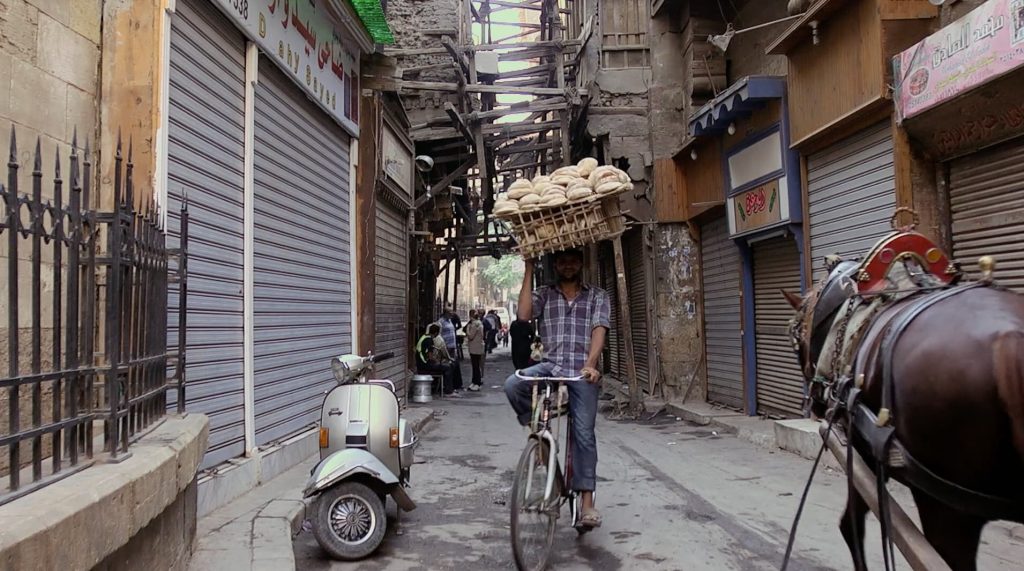 In the narrow bustling streets of the Khayamiya, it seems there is never a dull moment. We see overladen vehicles manoeuvring and negotiating the tight spaces. A thief and arsonist robs and burns down two of the shops. There’s a street brawl over a blocked road, power cuts, and animated bartering as people try to get a good price on these masterpieces that take skill, precision and many hours to produce. 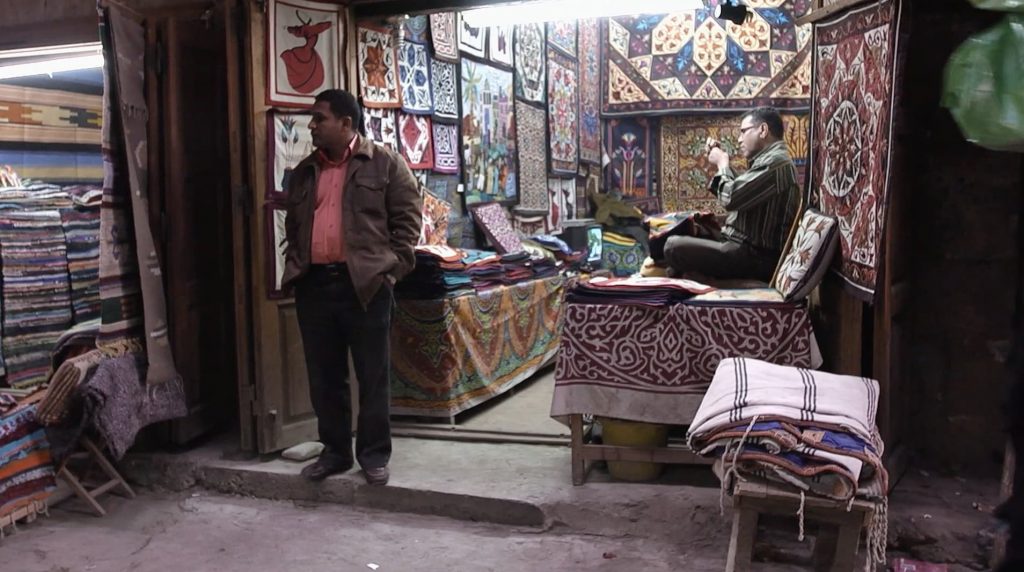 The tentmakers comment that their art is not appreciated as it should be in Egypt, saying that not even the Ministry of Culture cares about it. Cheap polyester prints of their patterns are being sold, and the number of tentmakers is dwindling. However international events are helping them to adapt to the modern landscape and keep their tradition and art alive. The documentary follows the Tentmakers to two international exhibitions, one in the United States and one in France, where their work is greatly admired and recognised for its artistry. Jenny Bowker visited the Tentmakers market in 1979 and has been working with them since 2007 in order to get their work out to a wider audience, with exhibitions in Australia, France, Spain and the UK. The work of Hany Abdel Khader, one of the Tentmakers in the documentary, now hangs in the Oriental Museum of Durham University,  showing his artistic depiction of the revolution. 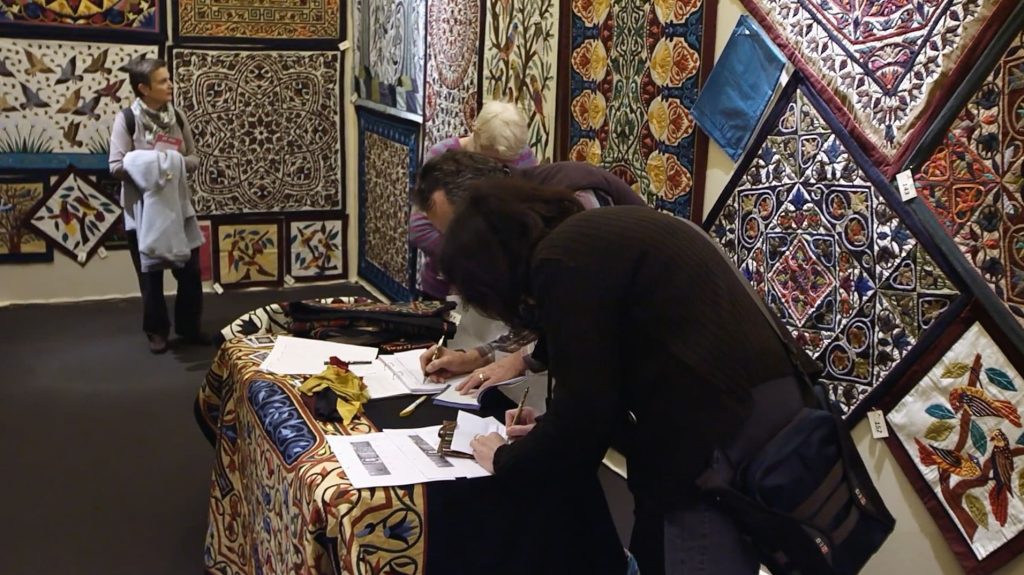