Yemeni architecture: How to build a skyscraper out of mud

The Architecture of Mud looks at the building of traditional mud-brick tower houses in Yemen. If you ever wondered how to build a skyscraper out of mud, this unique documentary should give you a pretty good idea. 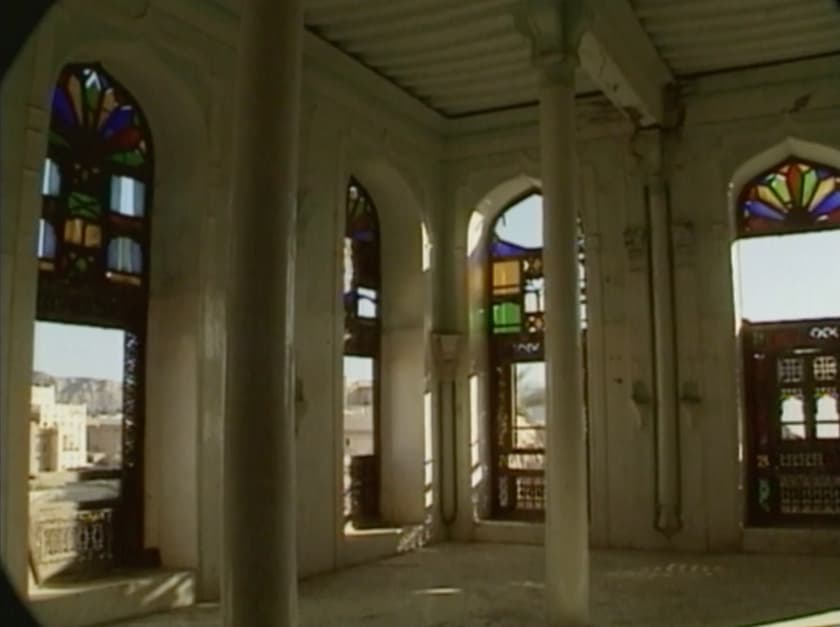 For centuries Yemenis have built spectacular tower cities, high-rise mud buildings creating shade between them and serving as multi-generational family residences, where animals were also kept, food stored, and trade carried out. Recognised for their architectural significance, three of Yemen’s towns and cities, Shibam, Sanaa, and Zabid, are UNESCO World Heritage sites. Recent years of war and modernisation threaten this ancient architectural tradition. 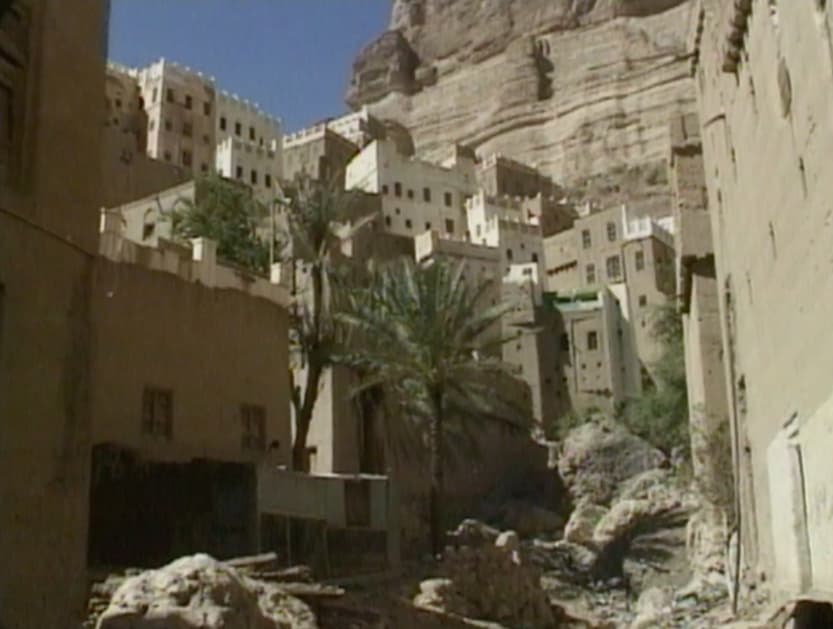 The documentary The Architecture of Mud focuses on the building of the centuries-old high-rises made of sun-baked bricks, which are decorated with lime, stained glass half-moon qamariya windows, originally of alabaster, and ornate wooden window screens, with Islamic art motifs. These fort-like structures typically have windowless ground floors with heavy wooden doors, engraved with geometric designs, complete with oversized wooden keys with their own pattern of pegs to open them. On this floor animals are kept and trade and work is carried out. The second floor is traditionally used for food storage, with living and entertaining spaces usually from the third storey up. Rooftop terraces serve as yet another space and are sometimes used to sleep on at night in the hot weather. 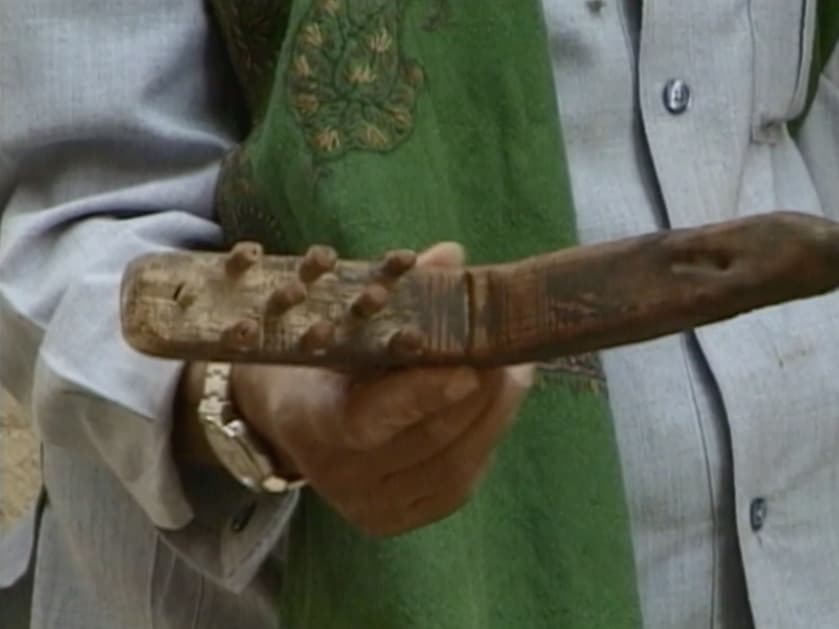 War and economic struggles have recently meant that some of these structures have fallen into ruin, as the buildings require constant upkeep. When the current conflict first broke out UNESCO listed the old city of Shibam as an endangered heritage site. Although Shibam has escaped the direct conflict of the ongoing civil war, indirectly the architectural landscape has still suffered amidst one of the worst humanitarian crises in the world today. The ancient buildings are vulnerable to erosion by the wind, heat and rain unless regularly recoated with mud and lime. UNESCO is restoring some houses in the old walled city. 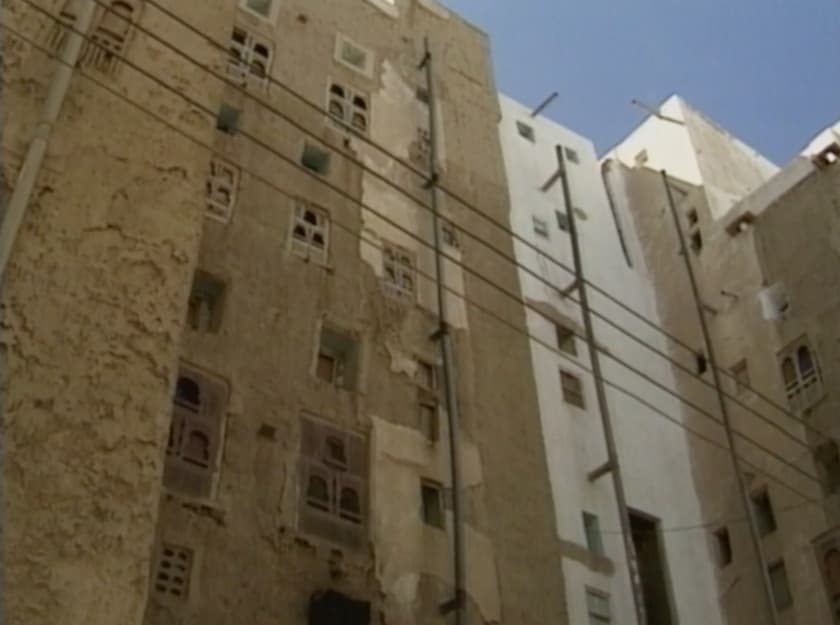 The Architecture of Mud focuses partly on the walled city of Shibam, which was given World Heritage status in 1982. The explorer Freya Stark called Shibam the Manhattan of the Desert in the 1930s. 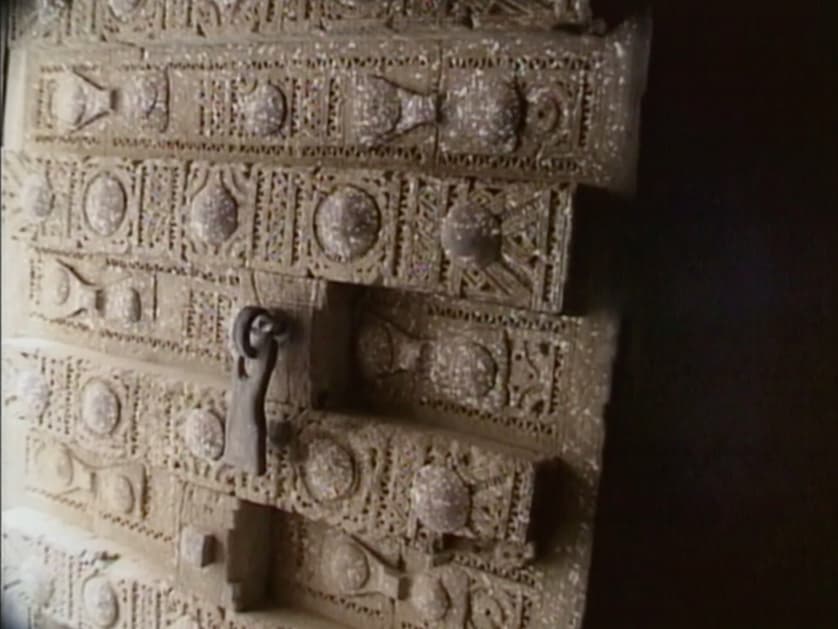 How to build a skyscraper out of mud

These multi-story structures made of sun-baked bricks can have up to ten floors and as many as a hundred and fifty rooms. Mud is mixed with straw to make thin, wide sun-baked bricks. The mud and straw mixture is put into wooden moulds of different sizes depending on what floor of the building they are intended for, and left to dry in the sun. The resulting brick is surprisingly strong. The foundations are built in stone with a timber frame added to knit the corners. Bricks overlap on successive layers, plastered with more mud, with floors made from wood and palm materials, and smaller bricks used for higher floors. Mud plaster is used for new houses, with lime [ called nurah] used for restoration when the mud bricks begin to show. Its laboursome and hazardous preparation is demonstrated in the documentary. Limestone is burned in special ovens for at least 24 hours, and cooled. Water is then poured over it causing a chemical reaction with toxic fumes. The lime putty is then beaten for a whole day before it can be used. 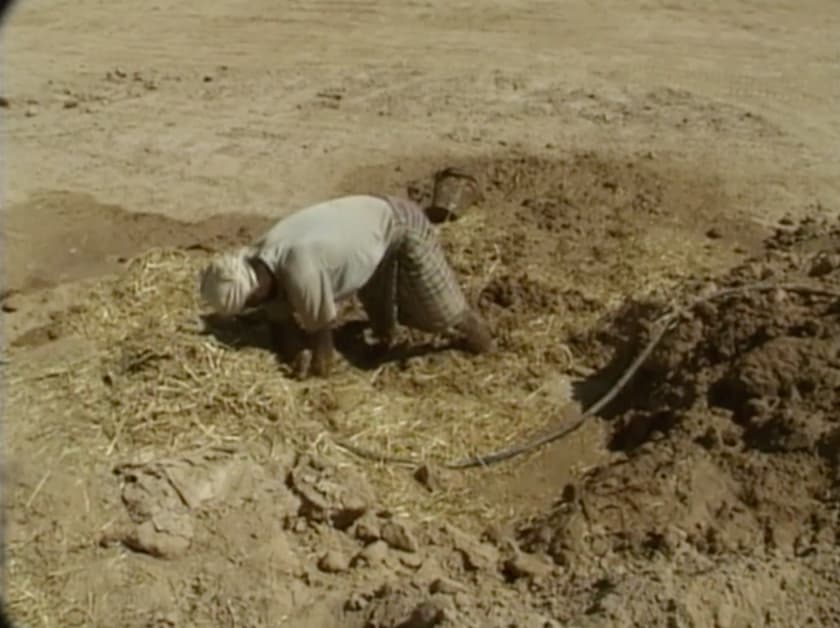 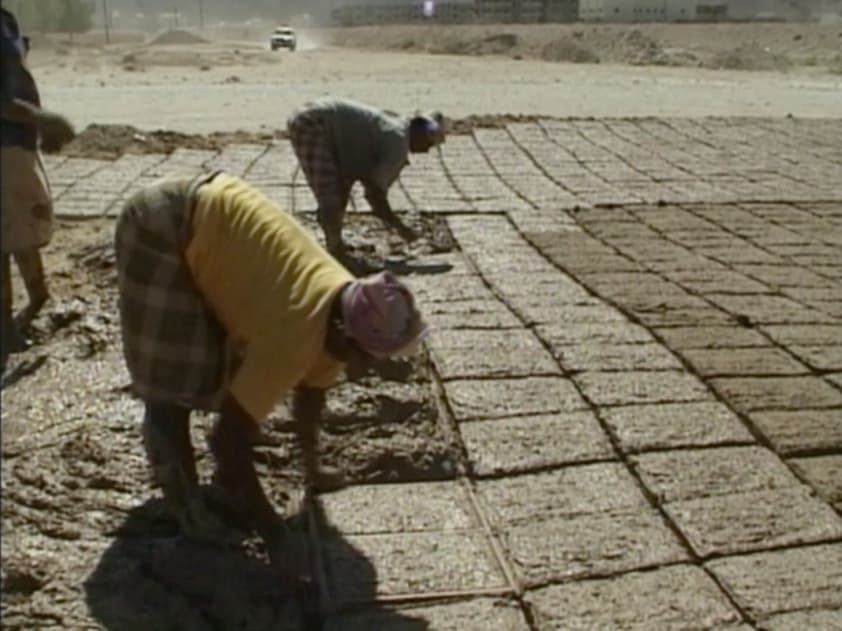 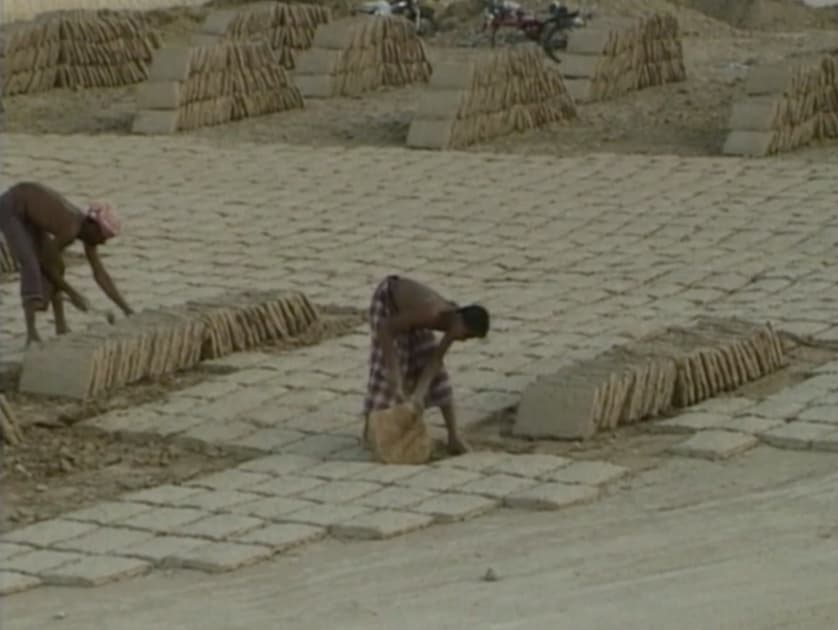 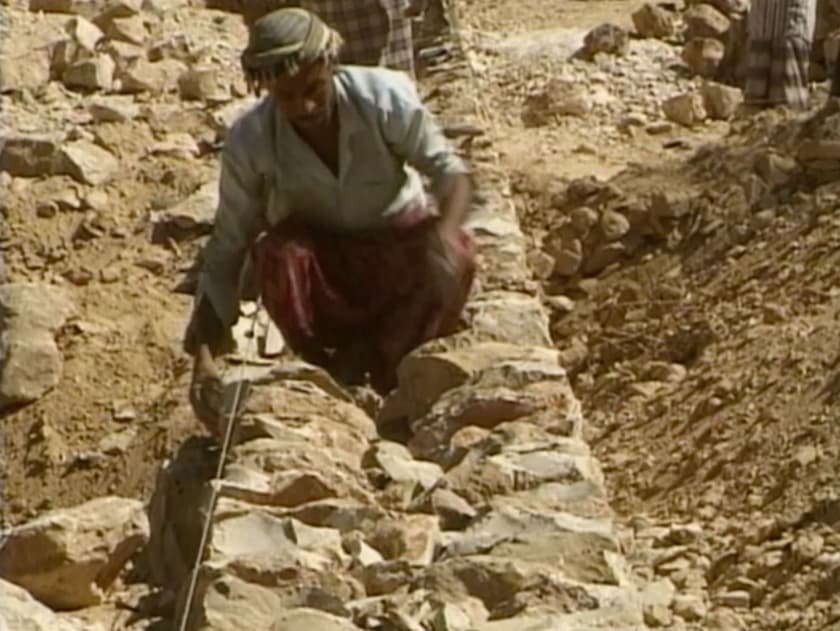 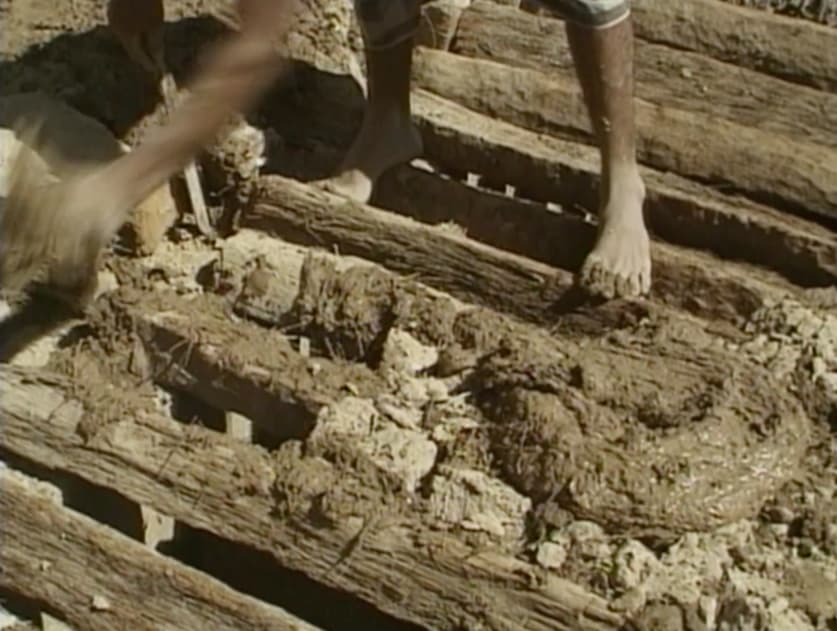 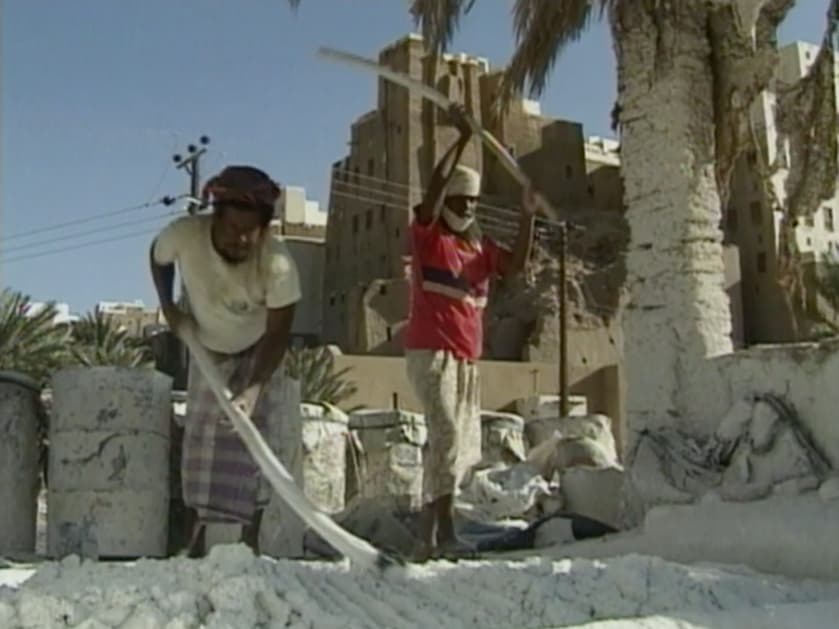 Ahmed Saïd Ahmed Ba-Mu’min describes how Malas, a polished “marble” ceramic-like material used in the interior of the main rooms is made.
“First you have lime, and the lime has to be coarse. You sift it and then you mix it with water and slake it until it’s like a cream. You leave it to rest, then you beat it with a metal rod for one day, and then you put on the first layer. The first layer cures for a couple of days, and then you put on a second layer and wait a week to 10 days and then you have to check and see whether or not there are any cracks or any hairline cracks. You apply soap as the last step.” 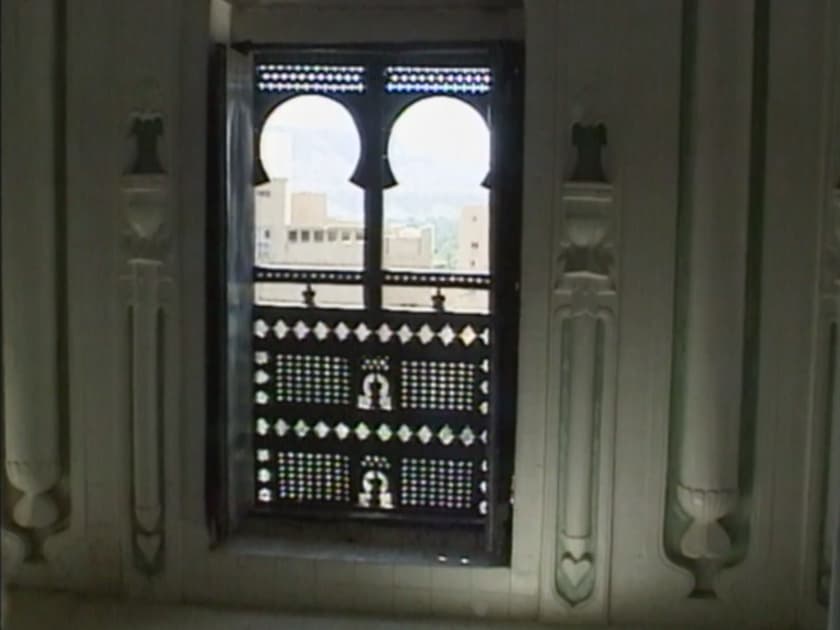 Written, produced and directed by Caterina Borelli, the documentary interviews master builders and shows the step-by-step stages of their work with scenic shots of the cities and valleys and both the outside and interior of the tower houses, allowing the viewer to get virtually immersed in this beautiful region and its architecture. The builders chant, sing and clap as they work, the atmospheric soundtrack contributing ambient birdsong, adhans and traditional local music, chanting and singing to the mix. 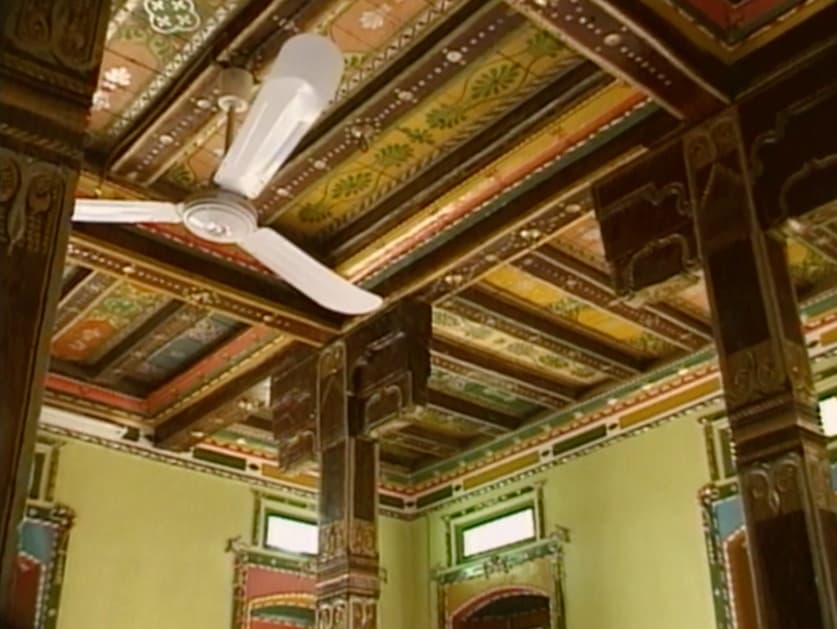 Tower houses made of mud and local materials and built for generations are well suited to the hot and dry climate of Southern Arabia, providing shade for the streets between them, keeping cool due to their large thermal mass, and having wooden screens on windows to let the breeze through while blocking out the sun. Cement buildings are making inroads into Yemeni cities though. Asked about the use of cement, Omar Mahfouz Omar bin Zayid of Hadhramaut estimated that at the time the documentary was made mud was still the most popular. “There aren’t even 3%, maybe there are 3% of the buildings constructed of cement. Cement is mostly used for commercial buildings like shops and markets,” he said.
Obaid Salem Basa’idah of Seyoun, Wadi Hadhramaut said that cement and mud bricks cost approximately the same “but cement houses cost more because it’s not only the cement, you also need steel reinforcing and concrete blocks.”
Asked why some people choose cement over mud, Yeslim Ahmed Awad of Al Hajarain, Wadi Do’an said, “Ignorance. Because mud lasts much longer than cement. Because they’ve got too much money.”
Discussing why people still choose to build houses the traditional way with mud bricks, Ali Yislam Madudi of Rabat Bai’sheen, Wadi Do’an said “Because they stay cool and last a long time… And cement in 100 years will be dust, in 150 years, dust. But mud will last 600, 500, 400 years. What a difference! – from generation to generation to generation.” 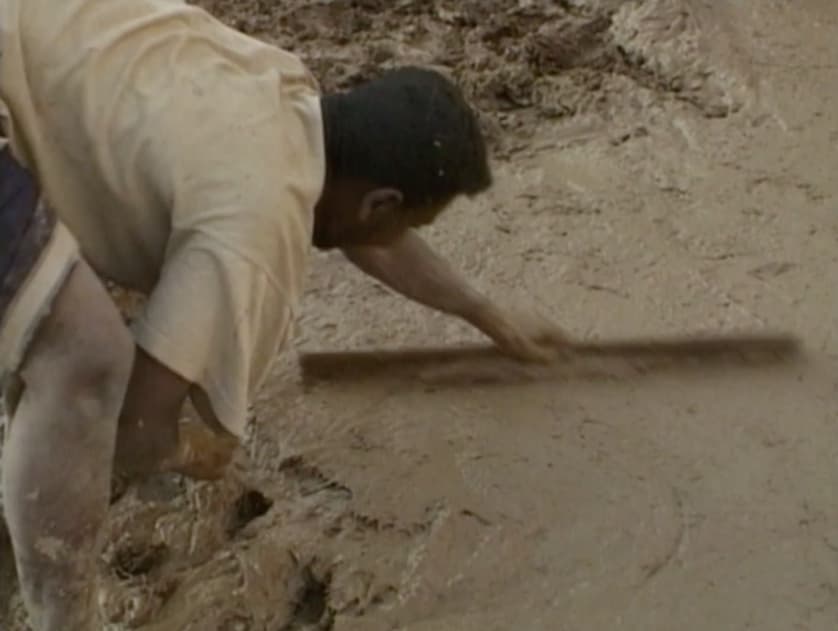 The Architecture of the Veil – Damascene Houses is a 2018 documentary exploring the quintessential homes of Damascus.

Art of Faith: Islam looks at elements of Islamic art and architecture in the Islamic world.

Alchemiya’s Treasures of Turkey collection takes you on a voyage of discovery exploring some of Turkey’s most spectacular mosques and architectural wonders.

For another documentary about a building made of adobe, watch Dar Al Islam New Mexico, America’s Eco Mosque and Retreat, which was designed by Egyptian architect Hassan Fathy using traditional building techniques.